Black hero who bowled out racism: World-class cricketer Learie Constantine’s greatest achievement was to break the colour bar in Britain

LEARIE: THE MAN WHO BROKE THE COLOUR BAR

Learie Constantine was a world-class cricketer, a barrister, the first High Commissioner of Trinidad and Tobago, a BBC governor, an author, a commentator, the first black peer in the House of Lords and the only sportsman to be granted both a memorial service in Westminster Abbey and a state funeral in Trinidad.

In July 1943, Constantine, by then one of the best-known sportsmen in the world, arrived with his wife Norma and their daughter Gloria, 15, at the Imperial Hotel in Russell Square to captain a Dominions XI in a two-day match against England at Lord’s. 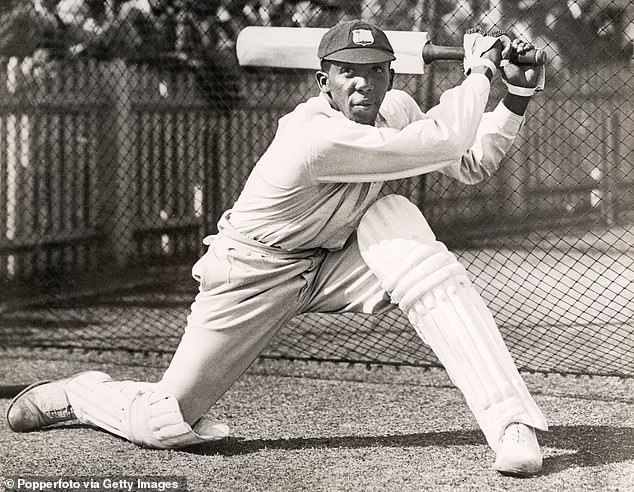 The hotel was full of white people, some of whom remarked that they were unhappy to see ‘n******’ staying at the hotel. The manager arrived and told Learie: ‘You can stop tonight but not any longer,’ adding that the door would be locked to prevent the family returning to their room.

Norma and Gloria were distraught and Learie, though normally an immensely good-humoured man, was understandably incensed.

Constantine had a lot of influential friends and used his contacts to go to court over his humiliation. At the time, there was no law against racial discrimination but, in the High Court, the judge ruled in favour of Constantine and he was awarded damages of five guineas, about £60 today.

Though racial discrimination continued in Britain, this was the first time such practices had been challenged in court, demonstrating that black people had legal recourse against racism.

It is regarded as one of the key milestones on the road to the creation of the 1965 Race Relations Act, which Learie helped to frame. 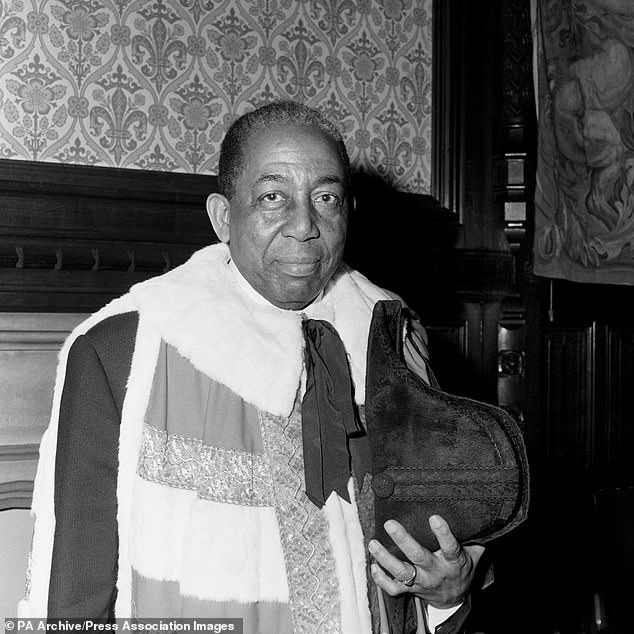 He was a sportsman, barrister, and the first black peer in the House of Lords (pictured as he took his seat as a life peer) and successfully challenged racial discrimination in court

As a cricketer, Constantine was one of the first to define the West Indian way of playing: exuberant, aggressive and great to watch.

He was a ferociously hard hitter and a tirelessly fast bowler, but it was his breathtakingly athletic fielding which made Don Bradman call him the best fielder he had ever seen.

Constantine’s party trick was to appear to misjudge a high ball before catching it one-handed behind his back. His ambition was to captain the West Indies but he was thwarted by inferior cricketers who were given the job because they were white. 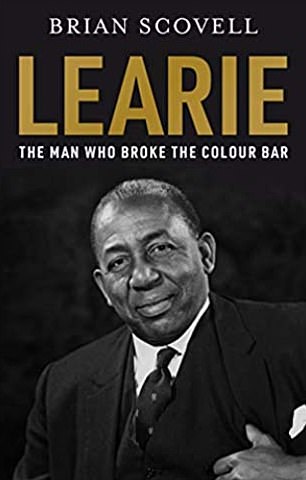 A pioneer in so many ways, Constantine had paved the way for overseas professionals playing in the northern leagues when, at 28, he signed for Nelson Cricket Club in 1929. The deal made him the highest-paid sportsman in Britain.

Constantine made himself hugely popular in the town — the crowds at the tiny Lancashire ground soon swelled to 14,000 and he set many records in his nine years there.

Some are unlikely ever to be beaten, as when he bowled out Accrington for 12, taking all ten wickets for just ten runs.

Now Scovell is using his considerable influence to have a statue of Constantine erected in London. No bad thing, at a time when memorials to long-dead Britons with connections to the slave trade arouse paroxysms of fury, to honour the grandson of a slave in his adopted country where he was revered as a phenomenal sportsman, a public figure and an indefatigable fighter for fairness.

This lovely book tells you why it’s a good idea, and I for one hope Scovell’s campaign succeeds.

Related posts:
June 25, 2021 Lifestyle Comments Off on Black hero who bowled out racism
Celebrity News:
What Is Offset's Real Name?
How Did Courteney Cox Meet Boyfriend Johnny McDaid? What Is Their Age Difference?
It Was Love at First Sight When Track Athletes Tara Davis and Hunter Woodhall Met at Age 16
Scooter Braun Officially Files For Divorce From Yael Cohen – & Already Has A Prenup In Place!
OMG! Prince William Is Also Writing a Book After Harry's Memoir News
Recent Posts