Recent years have shed more and more light on the day-to-day trauma racism inflicts on Black people — particularly young Black men and boys — in an age when these incidents are not only too common, but captured on camera and shared on a massive scale. Earlier in January, a 14-year-old Black boy was wrongfully accused of stealing a cell phone and attacked by a woman in a Manhattan hotel (before her phone was inevitably returned to her). The video of this traumatic experience in a Manhattan hotel quickly made viral rounds and now the teen’s parents have opened up about the effects of the incident. 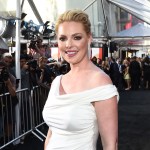 In an interview with TMZ, Keyon Harrold, the teen’s father, shared that he and his ex-wife are currently looking for the right therapist to help their son work through the experience — particularly because the immediate, racist way the woman (now identified as Miya Ponsetto — but previously dubbed “soho Karen”) turned to accuse him has left him feeling deeply insecure and traumatized.

The need to get some additional mental health resources is to be expected when anyone — but especially a child — is forced to deal with the deeply complicated and upsetting realities of living in culture plagued by systemic racism. Particularly when it comes to being wrongfully accused of crimes or dealing with the criminal justice system in the U.S. the experience is especially traumatic: Black men are three times more likely to be killed during a police encounter than white men and make up a disproportionate amount of the arrests and searches.

As the American Academy of Pediatrics (AAP) wrote late last year that “Racism is a public health issue” and, citing their research on the effects of racism on child and adolescent health that “systemic violence requires systemic response.” Leading health equity expert Camara Jones, MD, MPH, PhD also noted for the AAP that navigating systemic racism, particularly while growing up “’saps the strength of the whole society through the waste of human resources,’” and is “detrimental to health in all its forms.”

Harrold, a Jazz musician (who frequently travels with his family to hotels like the one his son was attacked in), said that the experience has gone against all the work he’s tried to do to encourage his son’s self-esteem and ego as he’s grown up and to make sure he knows that he “definitely belong[s], everywhere [he] go[es].”

He says that, as a father, he’s still working to make sure his kid knows he belongs and is valued and worthy, despite this harrowing experience.

“I have tried to instill dignity in my son. I’m trying to build his ego, because for so long egos of Black men have been shattered,” Harrold said. “He wonders if he’s good enough to own an iPhone, or whether he’s out of place at a nice hotel.”

Before you go, check out a few of our favorite apps for looking after your mental health: