The cheek! Infuriating snaps expose selfish acts including bare feet propped on a plane headrest and a trashed swimming pool

Sometimes people can find it difficult to take a moment to think of others before they act.

And now social media users from around the world have shared the most infuriatingly selfish acts of others in an online gallery collated by Bored Panda.

From dogwalkers throwing poo bags across a hedge and killing two horses on the other side, to slashing a homeless person’s tent – sometimes people are just downright cruel.

On one occasion, one mother was left fuming when daycare helpers scrawled ‘I’m out of diapers please read the report card’ across a toddler’s chest and stomach. 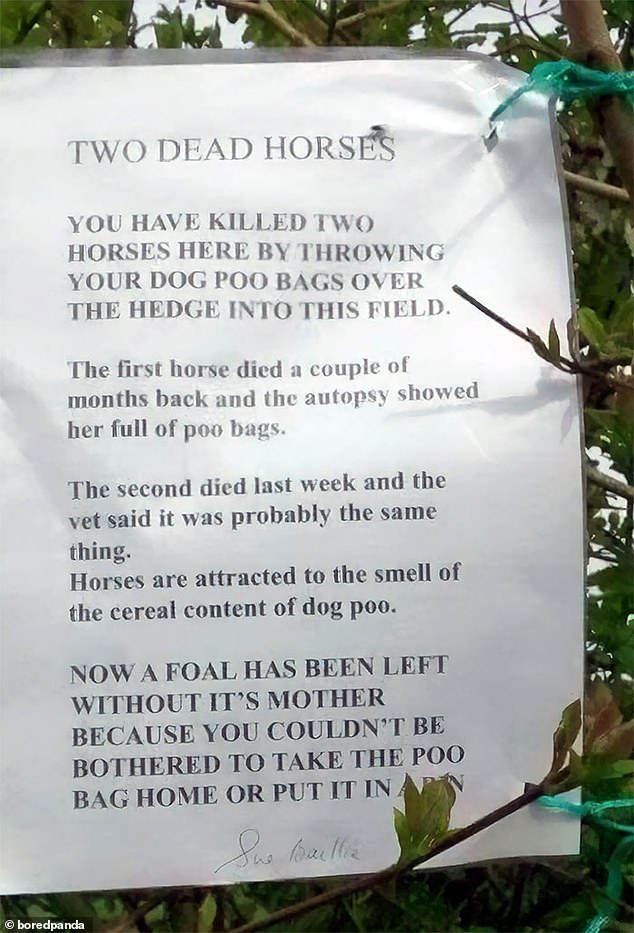 One person, believed to be from the UK, exposed an irresponsible dog owner who refused to hold onto their dog’s poo bags until they found a bin 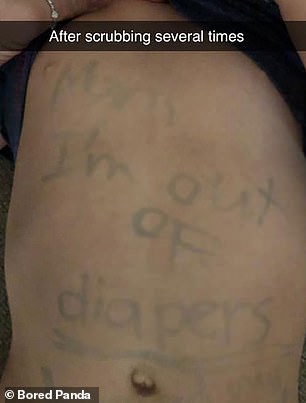 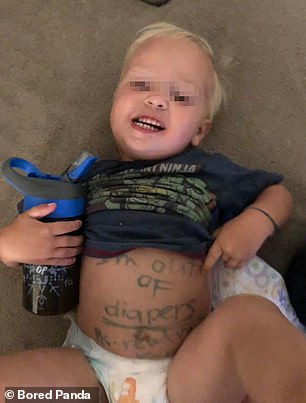 One mother, from the US, was left enraged when her toddler was drawn on by his daycare workers 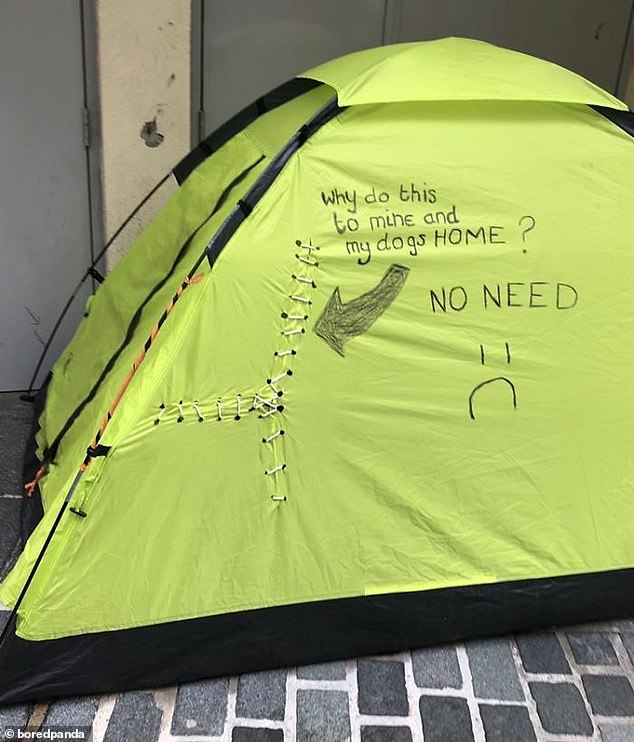 One homeless man, whose location is unknown, exposed vandals who he said decided to selflessly slash his tent 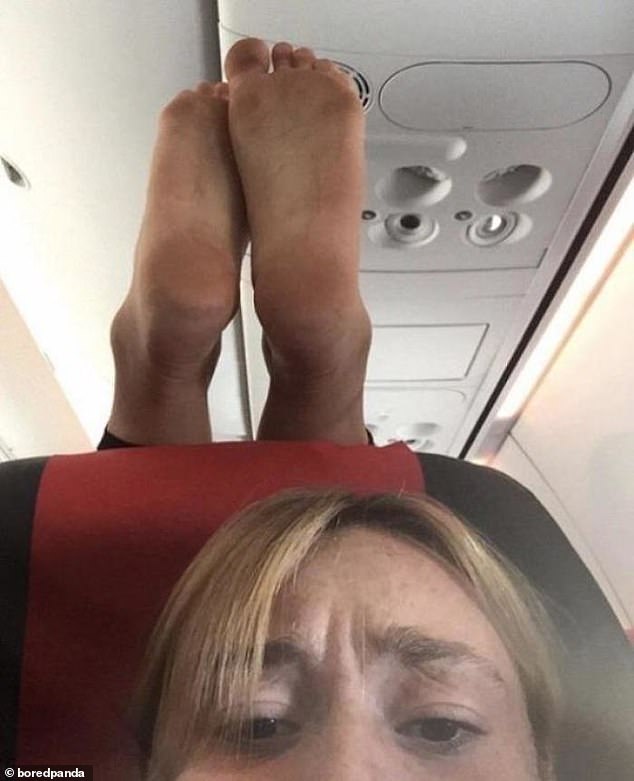 Awful! One woman, whose location is unknown, was left horrified when one unpleasant passenger rested their dirty feet just inches from her head 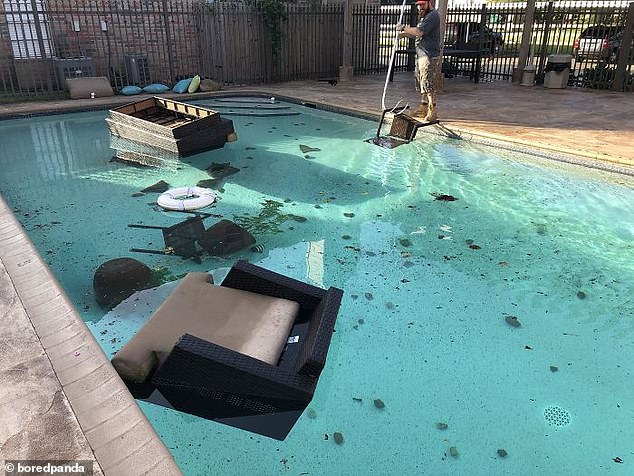 Another person, from the US, exposed naughty children who had destroyed a community pool by throwing furniture into it after running rampant around an apartment complex 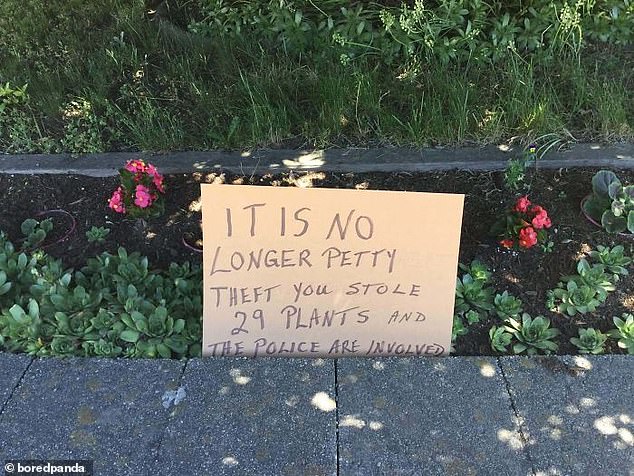 One concerned gardener, believed to be from the US, said they were increasingly concerned about a ‘petty thief’ who kept stealing her plants 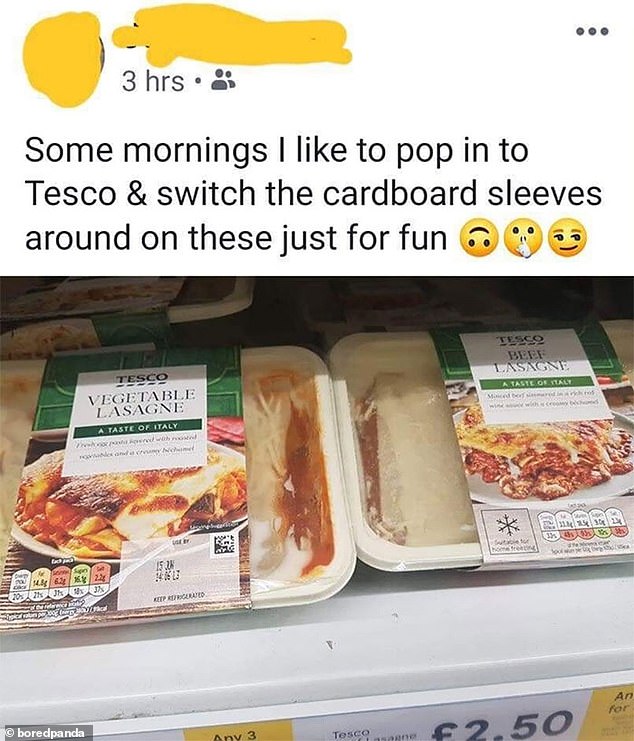 Another person, from the UK, revealed their own selfish act online, revealing they like to switch over cardboard sleeves on ready meals to trick vegetarians into eating meat 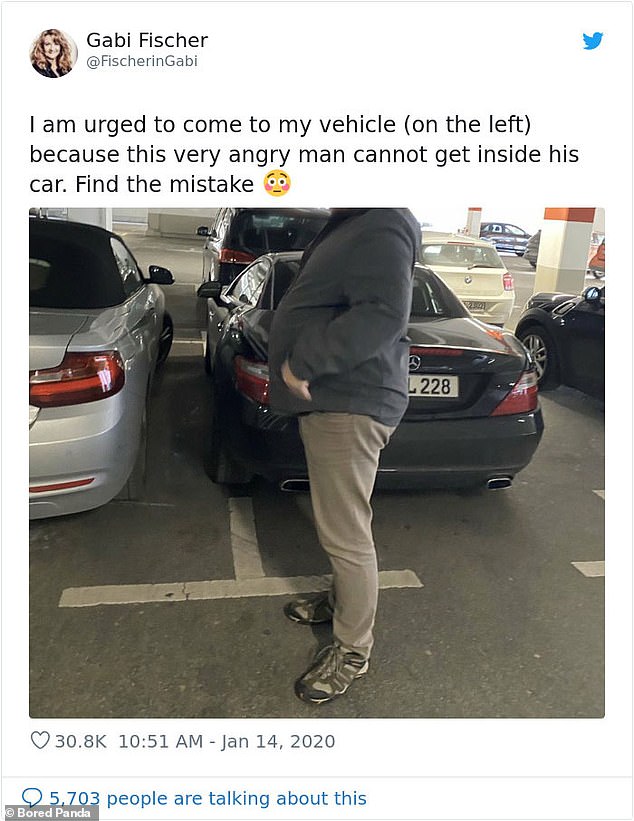 Bad parking! Another woman, from Germany, said she had been shocked after a ‘very angry man’ blamed her for the fact he couldn’t open his car door 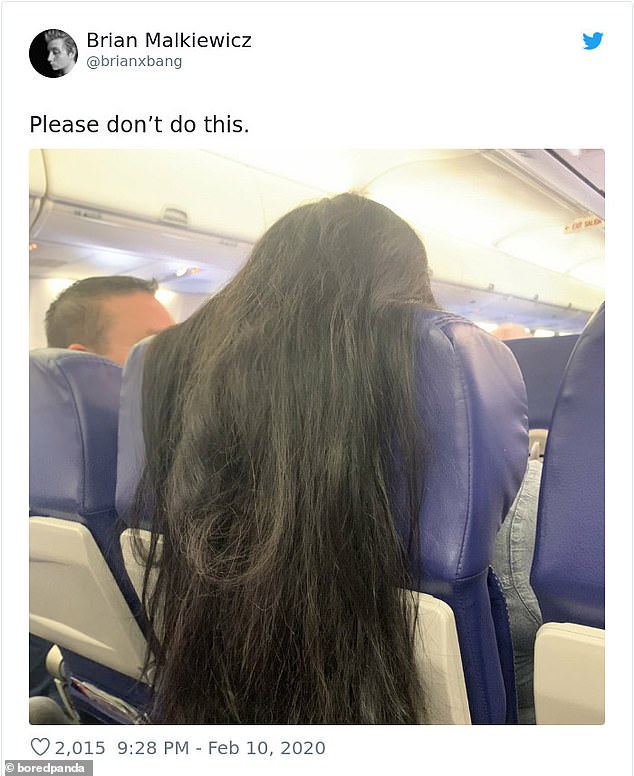 Hairy encounter! Another person, from San Francisco, couldn’t believe it when the passenger in front of him pulled  their lengthy black hair over the headrest so it was wafting just inches from his face 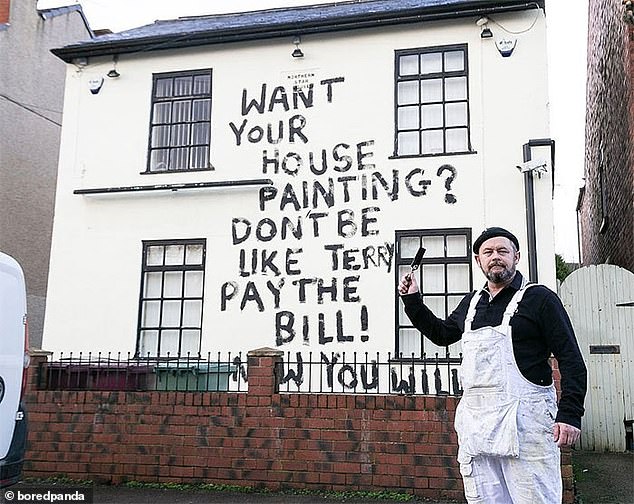 Don’t forget to pay the bill! One British painter was so enraged when his client Terry didn’t pay on time he headed back to properly finish the job 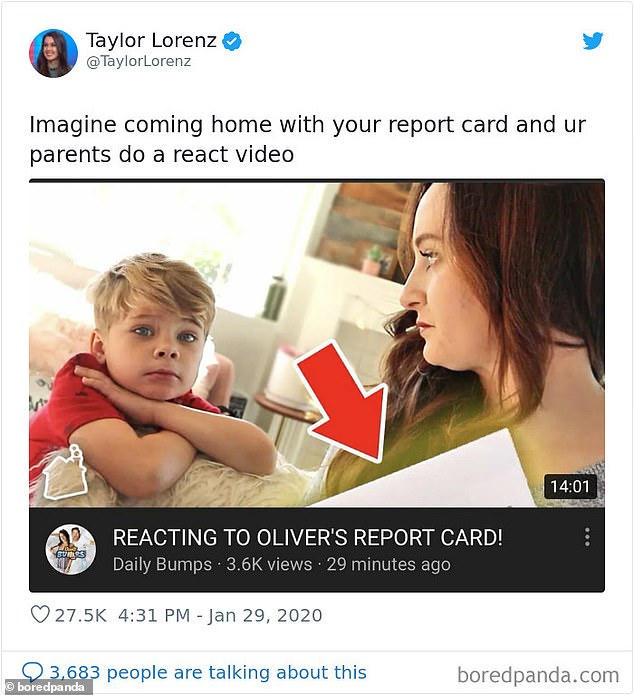 One Twitter user, from America, couldn’t help but shame this family from California, who used their son Oliver’s report card as a feature in their video 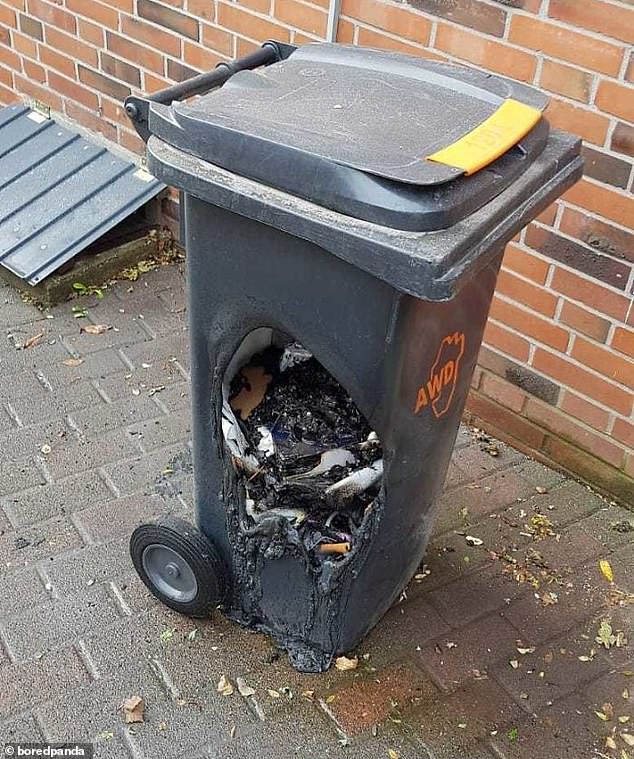 Well that’s not cool! One person exposed the idiocy of a neighbour in Ireland who ended up burning a hole in their shared bin by emptying hot charcoal from their grill into the black bin outside 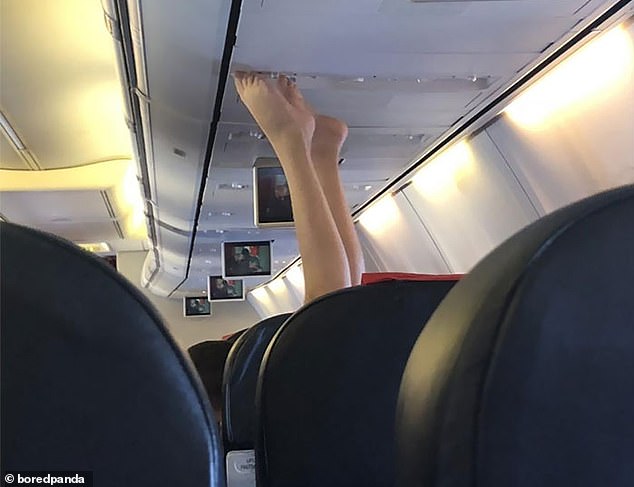 Where’s your manners? Another person, from an unknown location, couldn’t help but shame a fellow passenger for using their feet to adjust the aircon on a flight