BRAZILIAN footballer William Ribeiro has been charged with attempted MURDER after kicking a referee in the head on Monday.

Ribeiro attacked Rodrigo Crivellaro on the hour mark of Sao Paulo RS's league match against Guarani and is now facing serious charges in the Brazilian court. 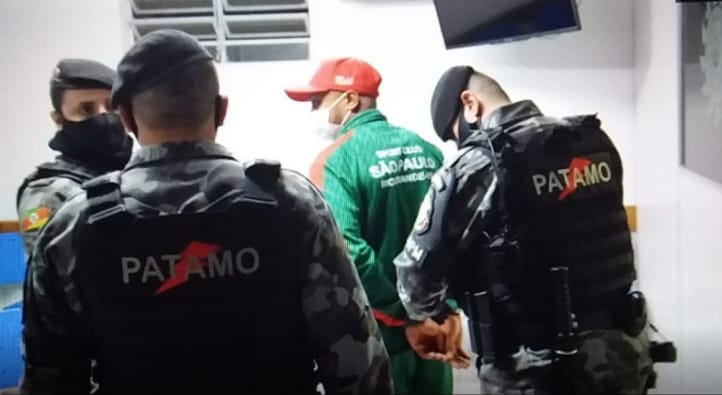 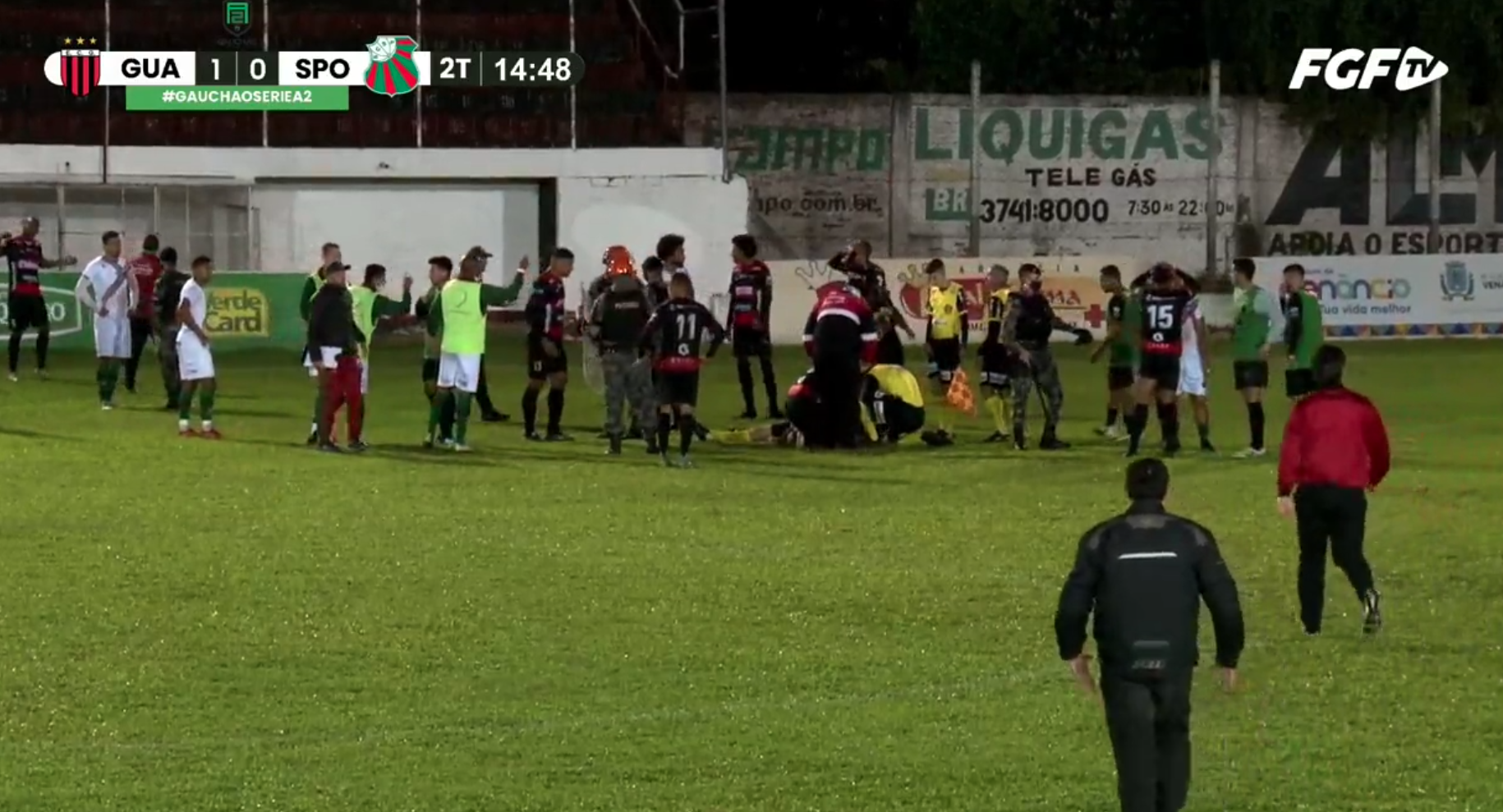 The ref was knocked unconscious and immediately rushed to hospital as the game was called off.

But Crivellaro was thankfully released from hospital on Tuesday morning.

However, it is not the end of the road for Ribeiro who was arrested and has been charged with attempted murder, according to Sky Sports News.

The referee told reporters he is yet to see footage of the gruesome incident.

Local police investigator Vinicius Assuno said a judge will decide whether Ribeiro will stay locked up during the investigation or be released on bail.

Ribeiro's side had just fallen 1-0 behind but it is unclear why he suddenly launched the series of blows.

Video footage from the match showed Ribeiro booting Crivellaro to the ground in disgusting fashion.

And then with the ref lying helplessly on the pitch, the player took another horrible kick at his head.

Ribeiro was immediately restrained by opponents as others called the medical team on.

Crivellaro was knocked out and required treatment on the pitch.

Within seconds, an ambulance drove on to take him to hospital in Venancio Aires, near Porto Alegre in southern Brazil.

By 11pm local time, reports in Brazil say he was awake again but still being looked after by doctors.

Ribeiro, meanwhile, was detained inside the stadium by military police before being driven to the police station.

The match was abandoned with half an hour remaining and is set to resume at 5pm on Tuesday.

The Gaucho Football Federation (FGF) stated the Court of Sports Justice (TJD-RS) 'will investigate the facts and deal with the respective sanctions'.

Meanwhile, both sides sent messages of support for the stricken referee.

'NO CHAMPIONSHIP IS WORTH A LIFE'

The intern in charge of Sao Paulo RS's Twitter account wrote: "The match is suspended. No championship is worth a life.

"I reiterate our wish for improvement to referee Rodrigo Crivellaro. NOTHING, kids, NOTHING justifies aggression.

"We'll see what happens next, whether the match will be closed or rescheduled.

"The intern stays around here, sad, embarrassed and p***ed off like all of you with this cowardice that happened today in Venancio Aires.

"We are rooting for the match referee's recovery."

Sao Paulo RS then released an official statement to apologise and confirm Ribeiro's contract had been ripped up immediately.

The club's president Delvid Goulart Pereira said: "Unfortunate, regrettable and above all revolting.

"On the exact day when all the red-green family gathered to celebrate the 113th anniversary of Sao Paulo RS, our club faced one of the saddest episodes of its history, a fateful scene that shocked all people who love not only Gaucho football but all those who just love the sport in general.

"Rest assured, we are sorry and deeply ashamed. We send all the apologies in the world to the battered referee and his family as well as apologising to the public in general for the lamentable scene seen today.

"The contract of the offending athlete is terminated. Furthermore, all possible legal measures in relation to the incident will be taken."

"After what happened, Guarani is providing all the support for the referee, with immediate assistance from an ambulance and a doctor.

"The Guarani of Venancio Aires despises any acts of violence, whether on or off the pitch.

"Now we all hope that Crivellaro's recovery is as quick as possible. The club will provide all possible support for the referee and the family."