Say it isn’t so, Lady Whistledown! Regé-Jean Page will not be coming back to ‘Bridgerton’ season 2 as the dashing Duke of Hastings.

When Bridgerton season 2 premieres, don’t expect to see the handsome Regé-Jean Page as the Duke of Hastings. Netflix announced on April 2 that the 31-year-old actor would not be returning for season 2 of the hit series. Lady Whistledown revealed the sad news in one of her society papers.

“While all eyes turn to Lord Anthony Bridgerton’s quest to find a Viscountess, we bid adieu to Regé-Jean Page, who so triumphantly played the Duke of Hastings,” the announcement said. “We’ll miss Simon’s presence onscreen, but he will always be a part of the Bridgerton family. Daphne will remain a devoted wife and sister, helping her brother navigate the upcoming social season and what it has to offer — more intrigue and romance than my readers may be able to bear.”

Regé-Jean said in a statement that he always knew his Bridgerton role would be a one-season gig. “It’s a one-season arc,” he told Variety. “It’s going to have a beginning, middle, end – give us a year… [I thought] ‘That’s interesting,’ because then it felt like a limited series. I get to come in, I get to contribute my bit and then the Bridgerton family rolls on.” HollywoodLife has reached out for additional comment. 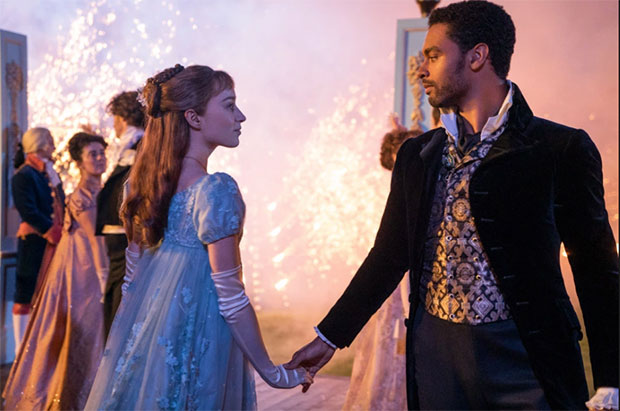 This news may come as a shock to most, but Bridgerton book readers will know that the Duke of Hastings does not have a main role in the Bridgerton book series going forward. Each of Julia Quinn’s novels focuses on a different Bridgerton sibling and their journey to find love. The Duke of Hastings is very much a supporting role. Season 2, based on The Viscount Who Loved Me, revolves around Anthony Bridgerton’s relationship with Kate Sheffield, who will be played by Simone Ashley.

Regé-Jean was one of the breakout stars of Bridgerton’s first season, along with Phoebe Dynevor, a.k.a. Daphne. The actor just won the NAACP Award for Outstanding Actor in a Drama Series. Regé-Jean is one of Hollywood’s most in-demand actors at the moment. He is currently filming the Netflix movie The Gray Man and has nabbed a leading role in the upcoming Dungeons and Dragons film adaptation.

Bridgerton season 2 is set to start filming this spring. A release date has not been revealed yet. Along with Phoebe, the rest of the original cast is expected to return for season 2.