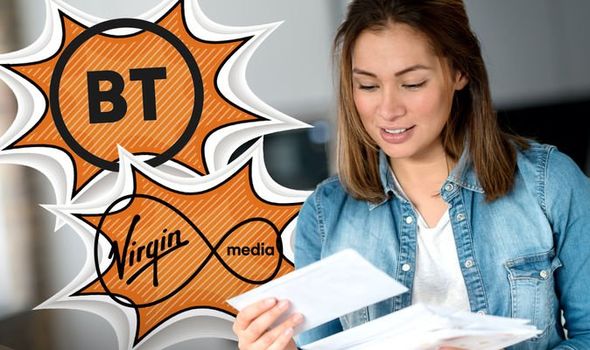 Broadband customers who have been left unable to contact their Internet Service Provider (ISP) due to the impact of the ongoing coronavirus pandemic on customer service operations could face sharp with price increases – as large as 80 percent – when their minimum contract comes to an end, new research from Which? has revealed.

Widespread call centre closures due to the public health crisis have caused busy phone lines leaving consumers unable to contact a new provider to switch – or reach their existing provider to highlight the issue to get it fixed or negotiate a better deal. Customers from BT broadband and Virgin Media fibre services have been named as specific examples of this issue.

Some ISPs provide online options for those who cannot get through on phone lines, but this isn’t an industry standard practice.

In a new survey conducted by Which?, the publication found that more than half (53 percent) of broadband customers had encountered difficulties contacting their broadband provider within the last month – making it tough to make changes to their contract, or report issues.

And the problems don’t end there. According to the research, those who are able to contact their ISP still struggle to arrange a switch due to restrictions on engineer visits. This is a real problem for those planning to switch from brands powered by Openreach cables – like BT broadband, Plusnet, and Sky – to Virgin Media, which uses its own full-fibre cables to ensure faster speeds. Talking about the research, Which? consumer rights expert Adam French said: “Customer support is vital to keep people connected, and a good provider will not only deliver a decent connection but also good value for money and customer service when it is needed.

“End of contract notifications allow customers to know when their contract is coming to an end and when they are likely to face a price increase, but it’s important that there is then a straightforward way to make changes to their contracts that doesn’t leave them worse off if there are delays when contacting their provider.” 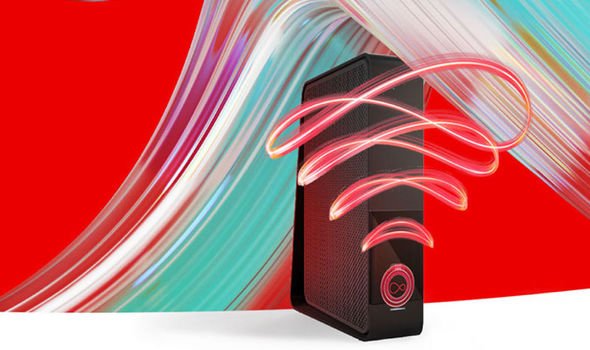 In one of the examples cited in the research, Which? spoke to a nurse working on a coronavirus ward who paid £18 a month on a broadband contract, but when the cost went up to £50 after her minimum term ended in March, she started shopping around.

However, the lockdown restrictions meant she was unable to switch as she was told an engineer would need to visit but that wouldn’t be possible until restrictions were lifted. After spending hours on the phone to talk to her provider they reduced her bill to £31 a month, but she felt this is still too much and is considering getting rid of her home broadband altogether and using just her mobile phone instead.

Meanwhile a separate Which? analysis of broadband deals shows that customers who are coming to the end of their minimum term during the lockdown could still face price hikes of up to 80 percent and as large as £246 a year. Typical problems faced by those who have tried to contact their provider include two in five (42 percent) experiencing long call waiting times and one in 10 (9 percent) who reported being repeatedly cut off.

Jo Sangster, 55, from Worthing was paying £25 a month for a broadband and landline deal with Virgin Media, however, the deal ended at the end of March and has now doubled, going up to £50.50. Jo signed up to a provider using the Openreach network in March before lockdown restrictions were introduced. Since then, Jo has received mixed communication about whether she needs an engineer visit for her switch and when the switch will take place.

Virgin Media were asking Jo to pay £101 for two months at their increased price, while she was still struggling to get in touch with her new provider about the switch. They’ve since reduced her outstanding balance by 50 per cent and have offered her a new deal for £35 a month.

One in seven (14 percent) broadband customers told Which? that they were unable to switch providers during lockdown when their contract ended. Broadband contracts tend to have a minimum term of 12 or 18 months, but after this price increases often loom for customers who don’t contact their current provider or take up a new contract with a different firm.

However, many businesses including broadband firms have struggled with call centre capacity during the lockdown making it difficult for some customers to speak to providers. While some companies also have online contact options, when it comes to calls they have been prioritising vulnerable people, key workers and those who have been left without a service.

This has left some customers reluctant to call their provider if they do not fall into any of these categories.

Until recently, Openreach – the network that supplies the majority of the UK’s broadband connections – had said that it would only be able to organise in-home engineer appointments for vulnerable people who can’t be helped by other means or those who don’t have a connection at all.

It has now announced that it has begun a phased return to home visits, but will only conduct them if the job is quick, and low risk. Which? believes that all broadband providers should make it as easy as possible for their customers to make changes to their contracts online and be clear and upfront about switching during this time if it isn’t possible.

While there was a brief period at the beginning of the lockdown where this didn’t happen, customers who are now coming to the end of their contract should all be receiving notifications from their provider.

It’s essential that consumers who reach the end of their contract and want to switch providers or recontract are not left paying out of contract prices for longer than necessary.