A quarter of businesses are struggling to find staff, with the hard-hit food and accommodation industry more than 50,000 positions short of its pre-coronavirus levels as workers flock to the health sector.

An Australian Bureau of Statistics survey released on Thursday found 27 per cent of businesses were having difficulty finding suitable candidates to hire. One-fifth of those surveyed said they didn’t have enough workers, with 57 per cent of those having trouble attracting the right people, almost half straining to cover the cost of more people and 19 per cent battling to retain existing staff. 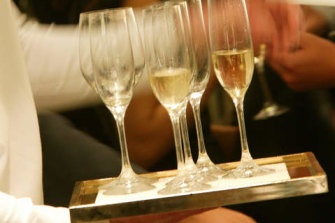 The number of people in accommodation and hospitality has soared by 36 per cent since May last year but there are still 50,000 workers missing from the sector.Credit:Erin Jonasson

Many reported issues around the uncertainty caused by the COVID-19 outbreak, including domestic and international border closures, which have shut off the ability to bring in labour from outside Australia on a regular basis.

Unemployment has fallen sharply over recent months to sit at its pre-pandemic level of 5.1 per cent in May, with reports of wage pressures in some sectors.

Separate ABS data on the shape of the labour force gave some insight into the problems faced by certain employers.

One of the biggest increases over the past year has been among the accommodation and food services sector, with the number of jobs soaring by 36 per cent to 880,600. But it is still more than 50,000 positions short of its pre-virus levels, suggesting these missing workers have gone into other areas.

There has been an 18 per cent increase in the number of people working in the mining sector, which now employs a record 278,800 people or 2.1 per cent of the nation’s total workforce.

A record 1.8 million are employed across health and social services, jumping by 112,400 since the start of the pandemic to account for one in seven jobs.

Worker numbers in education (1.1 million) and professional services (1.2 million) have also increased by more than 10 per cent over the past year.

He said while businesses were trying to re-train existing workers and the federal government had extended the worker rights of visa holders, the situation would not be rectified until the international border was re-opened.

“Until we begin to open our international borders more decisively, the barriers to returning residents and new arrivals will exacerbate skill shortages and act as a major constraint on the ability of businesses to move beyond recovery and explore opportunities for expansion,” he said.

The federal government this week expanded the number of applicable occupations under its skilled migration scheme, including for general accountants, external auditors and chefs.

Related posts:
June 24, 2021 Lifestyle Comments Off on Businesses struggle to find staff in post-pandemic world
Celebrity News:
What Is Offset's Real Name?
How Did Courteney Cox Meet Boyfriend Johnny McDaid? What Is Their Age Difference?
It Was Love at First Sight When Track Athletes Tara Davis and Hunter Woodhall Met at Age 16
Scooter Braun Officially Files For Divorce From Yael Cohen – & Already Has A Prenup In Place!
OMG! Prince William Is Also Writing a Book After Harry's Memoir News
Recent Posts