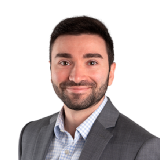 While the 2020 NFL draft is still on the horizon, the league’s betting market has already begun taking shape — and oddsmakers believe the New England Patriots are really going to miss Tom Brady.

Caesars Sportsbook released NFL win totals and playoff odds for all of the league’s 32 teams on Thursday, and one of the biggest surprises was the Patriots opening with a win total of 8.5, the team’s lowest since 2003.

“My raw number on the Patriots is less than eight [wins],” Jeff Davis, head oddsmaker at Caesars, told ESPN. “Outside of the secondary, which is one of the best in the league, the rest of their roster I think is one of the worst in the NFL.”

The Patriots under Bill Belichick and Brady had been prolific for bettors, covering the spread in 59.6% of games and going 14-3-1 to the over against their win total since 2002. Other sportsbooks like MGM, FanDuel and William Hill currently have New England’s win total at 9, while it’s as high as 9.5 at DraftKings.

“I’m very much struggling to find this team being a 10-win team,” Davis said. “I’m just not buying this team at all. This team will show just how good Belichick and his staff are, compared to some of the other staffs. This might be the year that reality sets in with New England.”

The Buffalo Bills have a win total of 9 and are currently the +100 favorites to win the AFC East at Caesars Sportsbook, with New England at +140. If that held until the start of the regular season, it would be the first time New England wasn’t favored to win the division since 2003.

The Kansas City Chiefs and Baltimore Ravens opened with the two highest season-win totals at 12 each. Both Kansas City (-1800) and Baltimore (-1100) are prohibitive favorites to reach the postseason. Thanks to a new collective bargaining agreement this offseason, the 2020 NFL season will be the first with 14 total playoff teams (seven from each conference).

“We have the Ravens and Chiefs heads and shoulders above everyone else right now,” Davis said.

This is the second time in the past 30 years where two teams have had preseason win totals of at least 12. In 2012, both the Green Bay Packers and New England had win totals of 12, but neither reached the Super Bowl.

The NFL draft will shift these odds, as Davis thought the New York Jets were prime for improvement.

“The one team that I upgraded ahead of the draft is the Jets, assuming they draft one of the elite wide receivers,” Davis said. “I think that makes them much better, since wide receiver is a position where a rookie can step in and have a big year.”

The Jacksonville Jaguars and Washington Redskins have the lowest win totals at 4.5.