Cancer survivor, 51, who lost her confidence and life coach, 45, who’s mistaken for her husband’s MOTHER unveil their stunning transformations on 10 Years Younger in 10 Days

A mother whose confidence was left in tatters after recovering from cancer was given a makeover to look decades younger, leaving viewers touched by her ‘beautiful transformation’ in last night’s 10 years younger in 10 days.

Hairdresser Lindsey, 51, focused on raising her daughter in the years following her cancer treatment, causing her confidence to plummet.

Meanwhile, a life coach Myrah, 45, from Birmingham, stopped caring about her appearance while she focused on her three children.

Taking to social media, viewers were left ‘wowed’ by their ‘amazing’ makeovers, with some begging to go on the show themselves. 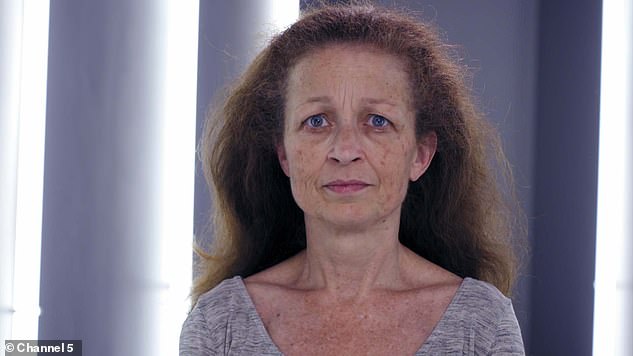 Lindsey, 51, had trouble bouncing back from her cancer treatment, and was left to look like she was 63, 12 years older than she actually was, on last night’s 10 Years Younger in 10 Days

Before their transformations, presenter Cherry Healey asked strangers to guess their ages, with the public judging Lindsey to look 63, 12 years older than her actual age, and Myrah to be 11 years older at 56.

After ten days of treatments from experts and masterclasses in makeup and fashion, the two women erased decades off their faces, with Lindsey being judged to look 47, and Myrah 39.

Lindsey explained she wanted to go through the makeover because she felt she was ready to start fresh after ‘not managing’ well following an operation to remove her tumour.

‘The last seven year haven’t really been the best,’ she said, ‘I was diagnosed with cancer.’

‘I started to feel poorly about ten years ago, and it got to June 14 and I had cancer,’ she explained.

‘After my surgery, I did plummet because I wasn’t managing very well at all,’ the mother-of-one said. 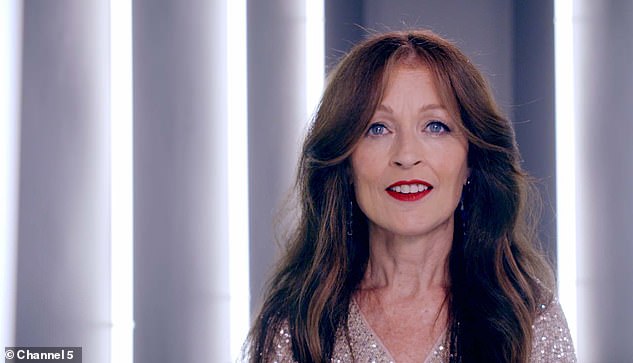 After meeting with experts in cosmetics, dentistry and style, Lindsey felt like a complete different woman, and looked 16 years younger than before the maleover

‘I feel I’ve aged so much, I need help getting my confidence back,’ she explained.

Through a series of expert treatments, she was able to deal with the issues that held herself back in a stunning transformation that knocked years off her.

Firstly, she met with cosmetic physician Dr Tapen Patel, who administered soft tissue filler in order to restore some elasticity to her skin, and remodel her chin so that her cheeks sagged less.

Taking to social media, viewers were left ‘wowed’ by their ‘amazing’ makeovers, with some begging to go on the show themselves

This delighted Lindsey, who thought her skin looked like ‘the life had been sucked out of it.’

She was delighted with the result, saying she didn’t think the effect would be so dramatic or would be so apparent that quickly.

One particular aspect of her appearance keeping Lindsey from enjoying life to the fullest were her teeth, which suffered from severe decay.

Self-conscious about her smile, Lindsey hated having her picture taken and rarely smiled, or covered her mouth with her hand when she did. 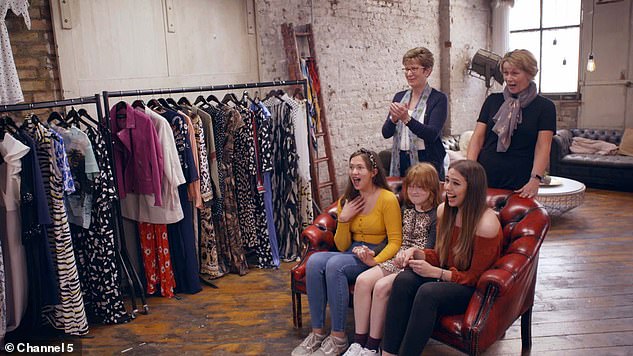 She met with cosmetic dentist Dr Uchenna Okoye, who used a combination of treatments in order to restore her smile.

Dr Okoye created bespoke dentures to fit Lindsey, and then cleaned and whitened her front teeth to keep her smile natural.

Overcome with emotion, Lindsey was reduced to tears upon seeing her new teeth, which she had been dreaming of for so long.

A hairdresser herself, Lindsey was an adept of gathering her long frizzy hair in a bun everyday. But celebrity hair stylist John Vial had other plans for her. 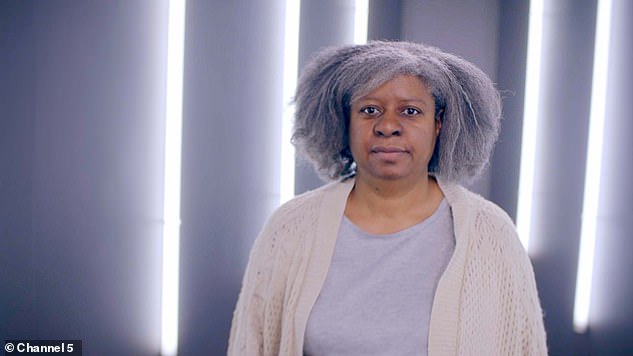 Mother-of-three from Birmingham Myrah, 45, was shocked to find people thought she was 56 before the makeover

He put her through a keratin blow-dry – also known as Brazilian blow-dry, which straightened her hair and made her look unrecognisable.

At the end of the ten days, Lindsey said: ‘I can feel my personality welling up all over again.

‘It’s just given me that huge push in the right direction.’

Lindsey was submitted to second age poll after the makeover was complete.

‘I’m back,’ she said. ‘I feel me, once again for the first time in 10 years.  I really feel I’ve found myself again, like I felt ten years ago.

‘I can’t wait to begin again and my new start in life.

‘My five years cancer-free the inside has, is where it should be – back on the outside’. 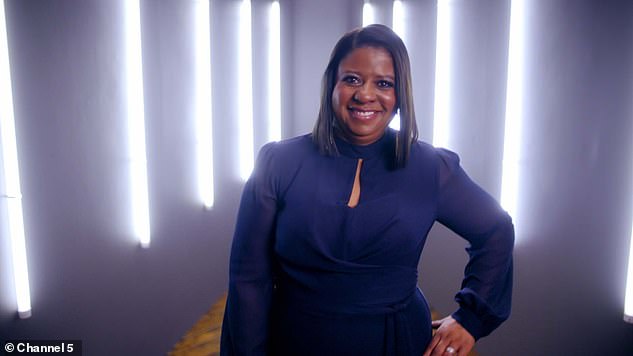 Viewers were left stunned by Lindsey’s transformation, saying she looked ‘beautiful’ and ‘unrecognisable’.

‘I love this programme! The complete confidence boost these women are given is fantastic. #10yearsyounger’ said another.

‘My God this show makes me so emotional #10yearsyounger’ a third added.

Meanwhile in Birmingham, mother-of-three Myrah was shocked to find people thought she looked 11 years older than her actual age.

She revealed her grey hair made her look much older than she was, to the point where strangers had asked her husband if she was his mother.

‘To me she’s still beautiful and she’s still marvellous, but she tends to neglects herself,’ she said.

Being a life coach, Myrah felt it was important that her external appearance ‘matched her internal message.’

‘I didn’t get a haircut in four years,’ she said, admitting her coarse hair was so frizzy and dry, she could use it to clean the dishes. 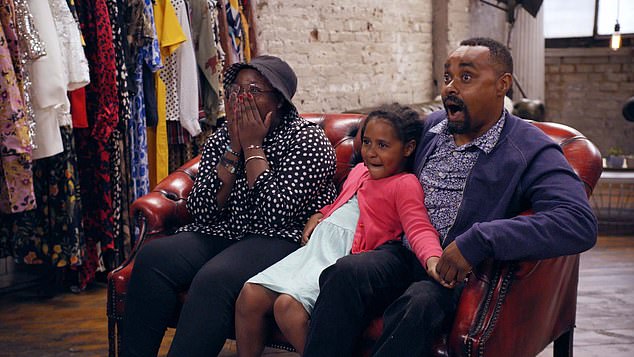 ‘Every morning, I apologise to my husband because he wakes up next to Don King,’ she joked, referencing the American boxing broadcaster, known for his formidable white hair.

‘I want it to look professional and powerful,’ she told celebririty hairstylist John Vial, who agreed to find a look that’s low-maintenance, but also professional.

Myrah’s fashion and makeup were also given an update with the help of stylist Gemma Sheppard and  Hannah Martin in order to help her convey her motivational messages to her clients.

At the end of the makeover, Myrah could not help but cry when she discovered her new look, in a stylish navy jumpsuit.

‘I don’t know who that is but I love her, I think she’s fantastic, I’m keeping her,’ she said.

‘This is literally the turning point for me.

‘I’ve come from caterpillar to butterfly and I’m just ready to fly,’ she joked, adding she felt everything, from her internal self to external self, was on par with each other.

‘Now I know i can authentically help other people,’ Myrah said.