A special investigator will be appointed to prosecute alleged war crimes committed by Australian special forces soldiers in Afghanistan, as the Australian government considers its response to a four-year investigation into the allegations.

Prime Minister Scott Morrison said the Inspector-General of the Australian Defence Force's report, to be released next week in a redacted form, will be "difficult and hard news for Australians". 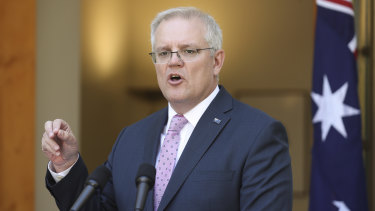 At least 55 separate incidents have been probed as part of the exhaustive four-year probe that has interviewed more than 330 witnesses.

The Office of the Special Investigator will be appointed to drive prosecutions of Australian special forces soldiers who allegedly committed war crimes during the Afghanistan conflict.

The new office, which will be based in the Department of Home Affairs, is being established so that the AFP is not overly burdened and resources are taken away from its other tasks.

The AFP has established a taskforce to oversee its investigations of alleged war crimes by Australian special forces soldiers in Afghanistan, but some prosecutions could take as long as 10 years.

Mr Morrison said Australian defence force personnel had a lot to be proud of and it was important all members were not tarnished by the report.

"I am so extremely thankful to every Australian ho chooses to put on our uniform to serve under our flag, to protect our freedoms, to upholds our values and to protect our values," Mr Morrison said.

"Our serving men and women are deserving of the respect and admiration in which they are held by the Australian people, and not just here, but our allies and partners around the world. They have earned it. They have demonstrated it.

"That means when you have such standards and respect… [it] requires us to deal with honest and brutal truths where expectations and standards may not have been met.

"This has been the case regarding some very serious issues that were raised regarding conduct by some members of Australia's special operations task group in Afghanistan.

He said Australia needed to have a "deep respect for justice and the rule of law".