Vulnerable children in state care are going missing from their residential units at alarming rates with many exposed to sexual and criminal exploitation, including through organised rings of predators.

An inquiry by the Victorian Commission for Children and Young People found those who went missing from state care were often stigmatised as “rotten” or “streetwise” rather than vulnerable.

It found their exposure to sexual and criminal exploitation, and other serious harms, was poorly reported and met with an inadequate and inconsistent response by child protection, residential care providers and Victoria Police. 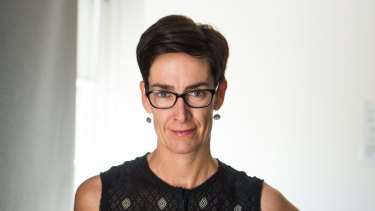 Victorian Commissioner for Children and Young People Liana Buchanan is alarmed about the sexual exploitation of children and young people who leave residential care.Credit:Simon Schluter

Residential units house the state’s most damaged and vulnerable children who cannot live with their parents or find a place in foster or kinship care. There are about 450 children in residential care on any given night.

Commissioner for Children and Young People Liana Buchanan said young people said they were leaving residential care units because they didn’t feel physically safe or connected to their unit.

“As a direct consequence of the fact that we don’t have a fit-for-purpose model for caring for these children, they are in large numbers leaving care, and ultimately becoming victims experiencing some of the worst forms of harm that we can imagine.”

In the 18 months to March 31, 2020, 388 warrants per month were granted, on average, authorising police to take children absent or missing from residential care into “safe custody”.

“There is significant evidence that many of these children who are going absent or missing from resi are being caught up in sexual exploitation,” Ms Buchanan said.

“Because of pressures in residential care, children and young people are put together who should not be together,” Ms Buchanan told The Age. “There’s a mix of inappropriate ages and children with more challenging behaviours or more violent behaviours with other younger children.”

She also said there was a high staff turnover and large number of casual workers at residential care units.

“So the kind of environment that we have in residential care is the complete opposite for what many of these children need which is a really stable, safe, therapeutic environment.”

Baijun, who lived in residential care from the age of 13 to 17, believed young people left because they felt unsafe.

“It could be interactions between the peers, there could be peers using drugs, it could be just sort of anxiety around others,” said Baijun who is now 18. He said the ages of children living together in residential units usually ranged between 13 and 17.

“I feel that I was quite anxious around the other clients so that could be a really good reason why they leave,” he said.

“I think that staff should focus more on the reasons why the people are leaving, rather than punishing them for leaving.”

He also believed staff at the homes should teach young people about sexual safety and appropriate relationships and provide more group activities such as cooking classes.

Ms Buchanan said she had wanted to conduct the inquiry because the commission was seeing incident reports of children as young as seven going missing from residential care.

Ms Buchanan said the inquiry had been “deeply, deeply distressing and angry-making”, given the young people involved had already experienced a risk of harm and the state had stepped in to remove them from their families.

“They’ve been bounced around within the care system, they’ve experienced more instability, they haven’t had access to counselling or support to recover from the early experiences, and by the time they land in residential care they need an environment that is as supportive, as stable, as therapeutic, as we can possibly provide, and we’re just not providing it. And the consequence for these kids is awful.”

The report, Out of Sight, made 18 recommendations to prevent and respond to children and young people going absent or missing from residential care.

Ms Buchanan said she wanted every agency that had contact with children in residential care – including police, child protection and residential care providers – to be trained in what these children have experienced, why they may have gone missing and the impact of trauma.

“We have a response to these kids that is as often punitive and criminalising as it is supportive and caring, and we need to turn that on its head,” she said.

In 2015 an inquiry found children and young people in residential care were repeatedly subjected to sexual abuse, including several counts of abuse of children under 10 by teens also in state care.

In one case a young person living in the system had written that suicide was preferable to living in residential care. 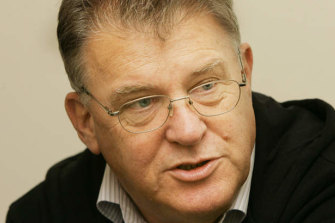 At the time the former commissioner for children and young people, Bernie Geary, slammed the Department of Health and Human Services’ handling of sexual abuse reporting practices.

Ms Buchanan said in the wake of the inquiry a trial was introduced where police, residential care providers and child protection worked together in five pilot areas.

“It was showing really significant impact in terms of supporting young people and disrupting some of the predators,” Ms Buchanan said. “That has fallen away, it has not been sustained and it has not been scaled up on all that statewide. I’m calling for that to be funded, and rolled out statewide.”

She said there had been some improvements since the 2015 Geary inquiry including a mandatory qualification for residential care workers, physical improvements to the units and a professionalised foster care pilot known as Treatment Foster Care Oregon, although this had not been expanded.

“But when I look back at those recommendations a lot of that reform is still needed.”

“There needs to be a suite of different therapeutic options for children who can’t get foster care or kinship care that is fully supported but not this one-size-fits-all four-bedroom resi unit that is more often than not causing more harm to kids than good.”