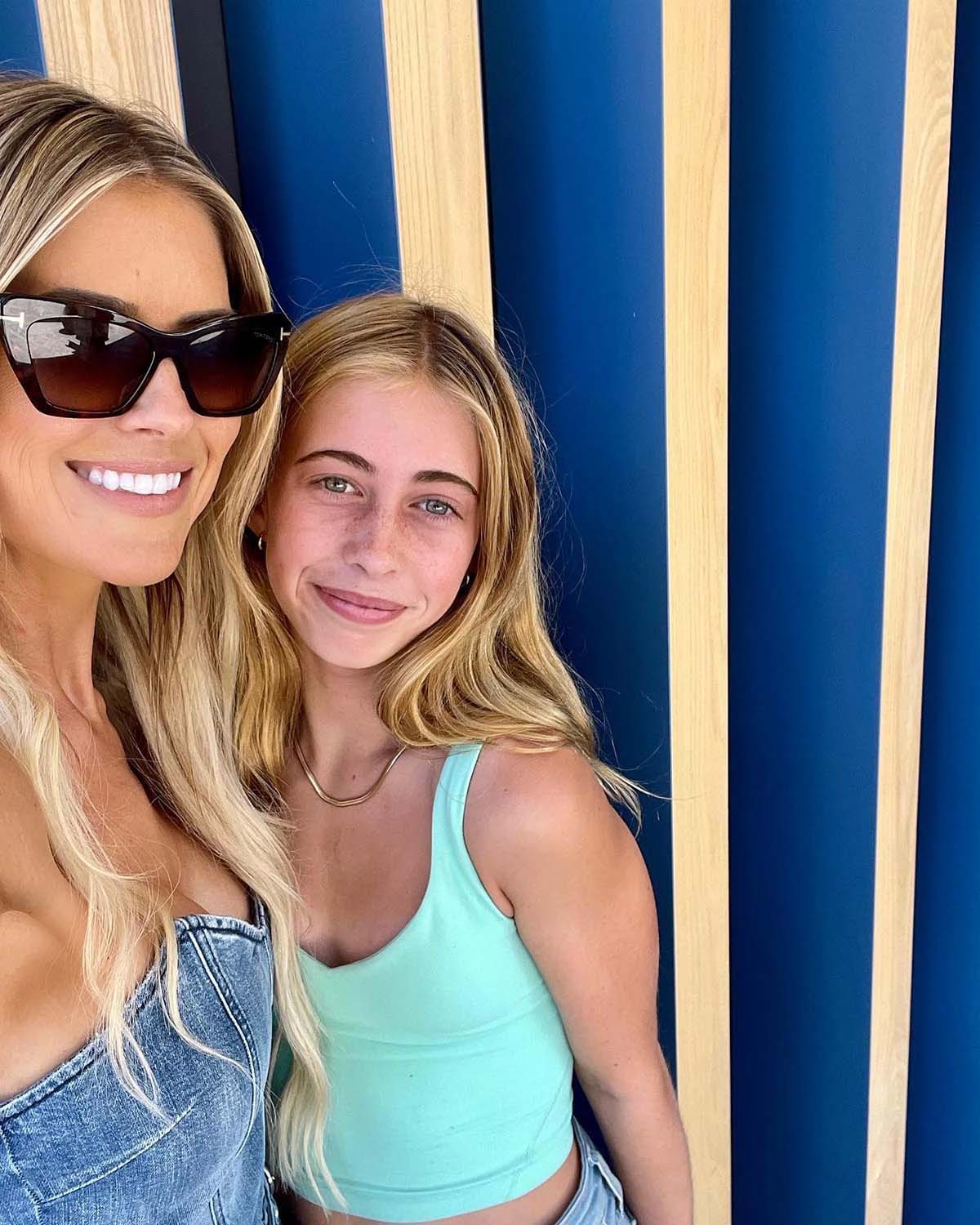 Like mother, like daughter! Christina Hall‘s (née Haack) daughter, Taylor, made a cameo in the first clip from her mom’s new show, Christina in the Country.

January in the ‘Country’! What to Know About Christina Haack’s New Spinoff

The preteen, 12, appeared in the first teaser for Hall’s upcoming HGTV show, which dropped on Friday, December 2. “Christina’s got the coast covered,” says a narrator. “Now she’s dipping her toes into country living.”

The clip shows the Flip or Flop alum, 39, swimming in a lake with Taylor, who also appears in a scene where she holds a chicken. “Aren’t they so cool?” her mom asks.

The interior designer’s husband, Joshua Hall, will be on the new show as well. The Wellness Remodel author and the real estate pro, 40, tied the knot in a private ceremony in April before having a second wedding with their family five months later.

“Are you designing a chicken coop right now?” Joshua asks his wife at one point in the new trailer.

The video was posted via Instagram by Heather Rae El Moussa (née Young), who is married to Christina’s ex-husband Tarek El Moussa. The clip also gave fans a sneak peek at the couple’s new show, The Flipping El Moussas, which is set to debut in March 2023.

“Onto the next chapter!!!” the Selling Sunset star, 35, captioned the video. “As one door closes with Flip or Flop, another opens with The Flipping El Moussas so get ready to see A LOT more of us next year 🤰🏼 and congratulations to @thechristinahall on her next chapter as well 👏.”

The trailer’s debut came days after Christina hit back at ex-husband Ant Anstead over whether she could show photos of their son Hudson, 3, on a family trip. In a November Instagram Story, the HGTV star shared photos of herself on vacation with Joshua and her kids. Christina shares Taylor and son Brayden, 7, with Tarek, 41.

“✈️ 3 kids + us = 😜,” she wrote alongside a photo of the group sitting on an airplane. She clarified that Hudson was also present, joking: “Hudson is here too but can’t be ‘here’ 🎥.”

Christina and Anstead, 43, are locked in a messy legal battle over the toddler that began earlier this year when the U.K. native filed for sole custody. His petition was denied, but he later claimed that Hudson’s appearance on his mother’s social media accounts and TV projects were detrimental to his well-being.

“The risks for a child working on a television production set (even if that ‘set’ is Christina’s home) are innumerable and well documented,” the former Wheeler Dealers host said in September court documents obtained by Us Weekly. “Putting aside the obvious pressures of working within a TV production environment, children involved in television production often have lingering issues that affect their welfare, worldview, and self-image, leaving them diminished and dependent upon the perceived approval of others for their self-worth.”

Christina, for her part, denied her ex-husband’s claims, calling the allegations that she is “exploiting” Hudson “truly offensive and simply untrue.”

In October, she announced that she would no longer feature Hudson in her Instagram posts. “I am mentally exhausted over the recent false accusations against me,” she wrote at the time. “Hudson’s father has made attempts to turn my family, friends and fans against me through manipulation tactics and false information. This has had great impact on me and my household. Because of this, I have made the decision to no longer feature Hudson on Instagram, my tv shows or any social platforms until he is old enough to make this decision for himself.”