The coronavirus SARS-CoV-2 has found a strong foothold in Italy in recent weeks. The virus has infected at least 3,858 people as of Thursday, March 5, and killed 148.

The coronavirus first emerged in China’s Hubei Province last December but has spread like wildfire across the globe.

Recent mass outbreaks in places like Italy, Iran and South Korea have led many to speculate about the pathogen’s origin.

Although scientists believe the novel coronavirus was contracted by humans from an animal source, far more sinister conspiracies and rumours are rife on the internet.

Many have outrageously claimed the coronavirus is a rogue bioweapon that has escaped from a secret laboratory in Wuhan City, China. 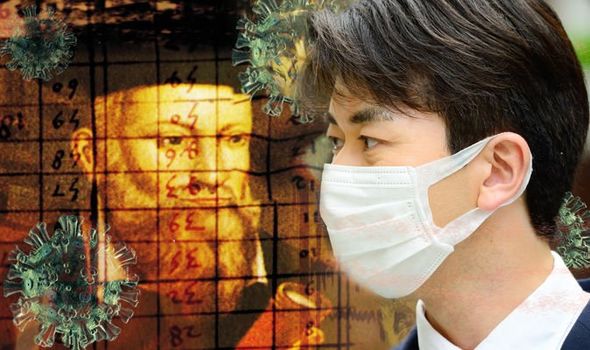 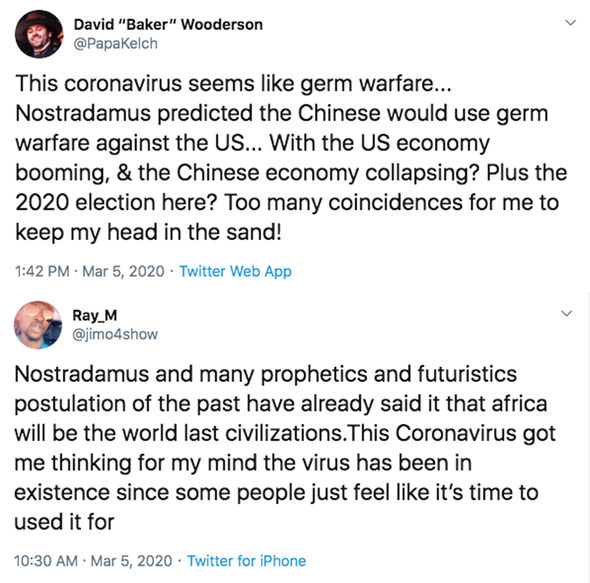 Some Christian hardliners have also claimed the coronavirus has prophetic links to the Bible’s Book of Revelation and the Second Coming of Christ.

There are also conspiracy theorists who believe the coronavirus epidemic was predicted by the 16th-century apothecary and supposed seer Michelle de Nostredame.

More commonly known as Nostradamus, the prolific French writer is considered by many to be a prophet of the end times.

Nostradamus is credited with predicting the rise to power of Adolf Hitler and the Great London Fire of 1666.

But what did Nostradamus supposedly have to say about the coronavirus epidemic?

There is nothing in Nostradamus’ cryptic writings that outright names the SARS-CoV-2 virus and its disease, COVID-19.

Nostradamus predicted the Chinese would use germ warfare against the US

There are, however, many mentions of plague and disease in specific locations.

Nostradamus penned his supposed prophecies and predictions in four-line poems or quatrains.

In one such passage, Nostradamus warned of “many plagues upon mankind” near the river Tiber, which runs through Rome, Italy.

DON’T MISS
Coronavirus prophecy: The Four Horsemen of the Apocalypse are here [INSIGHT]
Climate change: Earth’s carbon sinks are close to collapsing [INTERVIEW]
Was coronavirus prophesied in the Book of Revelation? [ANALYSIS] 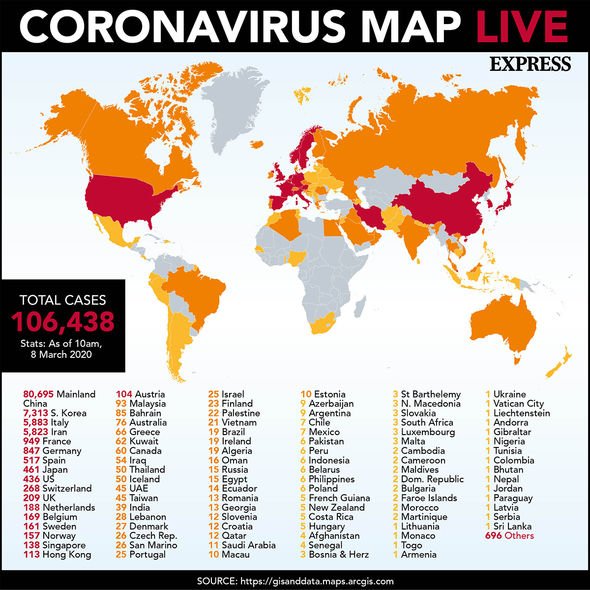 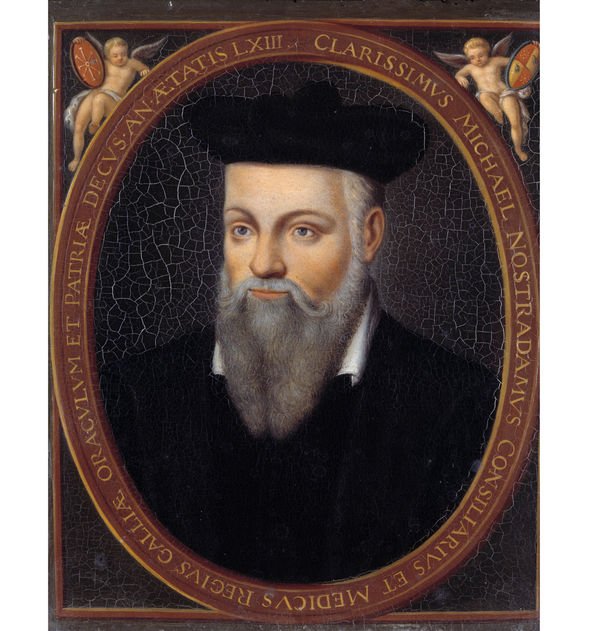 “Boats tossed about among the Latins, cold, hunger, waves,

“Not far from the Tiber the land stained with blood,

“And diverse plagues will be upon mankind.”

Based on the passage alone it is unclear what the French writer meant when he warned of a plague.

Regardless, the COVID-19 epidemics is not the first global emergency to strike since Nostradamus’ death in 1566 and there have been much worse pandemics.

But there are still people who believe Nostradamus knew of the epidemic nearly 500 years ago.

David “Baker” Wooderson said on Twitter: “This coronavirus seems like germ warfare… Nostradamus predicted the Chinese would use germ warfare against the US…

“With the US economy booming, and the Chinese economy collapsing? Plus the 2020 election here?

“Too many coincidences for me to keep my head in the sand!”

Another Twitter user said: “Nostradamus and many prophetics and futuristics postulation of the past have already said it that Africa will be the world last civilisations.

“This Coronavirus got me thinking for my mind the virus has been in existence since some people just feel like it’s time to used it for.”

But there is no evidence to support the claim Nostradamus had the powers to predict the future.

Popular sceptic and author of the Skeptoid podcast Brian Dunning said: “Nostradamus’ writings are exploited in a number of fallacious ways.

“Ambiguous and wrong translations, ‘creative’ interpretations, hoax writings, fictional accounts, and the breaking of non-existent codes within his quatrains all contribute to a vast body of work, all of it wrong, and many times the size of everything Nostradamus ever actually wrote.”