We should have been better prepared: Several potential coronavirus vaccines were identified after the 2002 Sars outbreak but research dwindled when the epidemic died down, report claims

Humanity would have been better prepared to fight the coronavirus with a vaccine had research not dwindled when past epidemics died down, a new report claims.

During the the Sars outbreak between 2002 and 2004, several vaccine candidates were identified, the British Society for Immunology (BSI) has said.

The Sars outbreak was also caused by a type of coronavirus, but research petered out when the epidemic died down, BSI said in a report published on Wednesday. 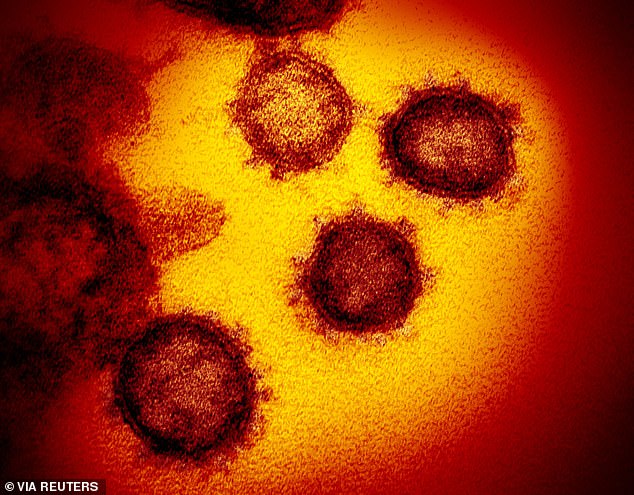 While the response from the research community to SARS-CoV-2 (pictured) has been ‘impressive’, the BSI says, the world needs to be better prepared for the next pandemic

‘The response from the research community to COVID-19 has been impressive, but it has also highlighted that the world needs to be better prepared for the next pandemic, whatever it may be,’ the report reads.

‘If intensive research into coronavirus infections like Sars and Mers had continued in the wake of past outbreaks, we might have been better equipped for tackling COVID-19 today.

‘There is an urgent need to support and fund global capabilities in immunology, modelling, diagnostics and vaccination against all infectious diseases – including the ones we don’t even know about yet.’

The Sars outbreak of 2002 to 2004 was caused by the SARS-CoV-1 virus strain which was first identified in Guangdong, China in 2002.

While the outbreak killed less than 1,000 people, SARS-CoV-2 has taken the lives of more than 217,000 people and counting.

The ‘lethal ferocity’ at which SARS-CoV-2 – the coronavirus responsible for the illness known as COVID-19 – has spread has shown science it can’t afford to make the same mistake again, whether or not it’s in the public eye.

‘Consistent investment in immunology and vaccines is the best way to prepare for the next epidemic, but once an outbreak is out of the headlines, the funding for research often dries up,’ the report says.

‘It is also essential not to overlook the impact that the pandemic will have on progress against the many other infectious diseases that still cause death and misery around the world.’

The report, entailed ‘Protecting the World: Celebrating 200 years of UK vaccine research, said that the coronavirus responsible for COVID-19 was not a ‘complete surprise’ to science.

It also advises that despite social distancing and lockdown efforts, protecting the population through widespread vaccination ‘will be the only way to beat the disease in the long term’. 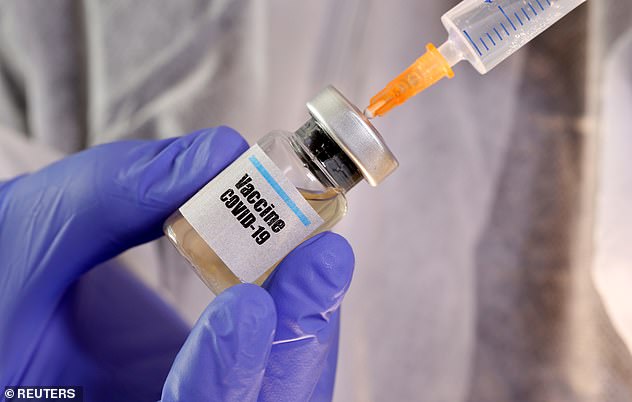 From tracing new outbreaks to developing novel vaccines in a timely way, ‘we must always be on our guard for the next threat’, the BSI has said in its new report: ‘Protecting the World: Celebrating 200 years of UK vaccine research’

Professor Arne Akbar, president of the British Society for Immunology, said that the UK had been at the forefront of vaccine research for the past 200 years, but warned that ‘we cannot be complacent’.

‘With our world becoming ever more interconnected, we must continue to innovate and support our world-leading institutions and researchers in their efforts to develop vaccines against a wider range of diseases,’ he said.

‘We are sure to face more outbreaks of new infectious diseases in the future.

‘To put us in the best position to respond quickly, we need to continue to invest now and fund a wide variety of vaccine research so that should the worst happen, the UK and the world is ready to respond.’

At least 70 vaccines are in development around the world for SARS-CoV-2, according to the WHO, including at the University of Oxford, which began human trials this week.

But the BSI report said that even after a safe and effective vaccine is found, manufacturing it at scale would be a ‘very serious challenge’.

‘Next come the challenges of scaling-up manufacturing and larger clinical trials involving hundreds or thousands of people before widespread roll-out.

‘This will be no small feat – vaccines are commercially risky investments for pharmaceutical companies and production facilities are generally designed to produce one specific vaccine.

‘The scaling up of infrastructure to manufacture any new vaccine will be a very serious challenge.’

Because large clinical trials for a vaccine can cost millions of pounds and there is a chance it will not be effective or cause unacceptable side effects it was ‘commercially risky’.

This left many promising vaccine candidates stuck in a ‘death valley’ between early stage testing and large scale trials, it added.

The global health community could pull policy levers to shift financial incentives to encourage investment in vaccine development from pharma companies and their investors.

Professor Robin Shattock, of Imperial College London’s Department of Infectious Diseases, is leading a team attempting to develop a coronavirus vaccine, which is set to start clinical trials in June.

‘COVID-19 has been a wake up call for how unprepared we are for the speed of a pandemic,’ he said.

‘It’s not so much a technology gap as an investment gap.

‘As we recognise the deficiencies of our response to date, we need to ensure there is long-term investment to build and sustain the research, infrastructure and technologies that can provide global and equitable vaccine response capability. 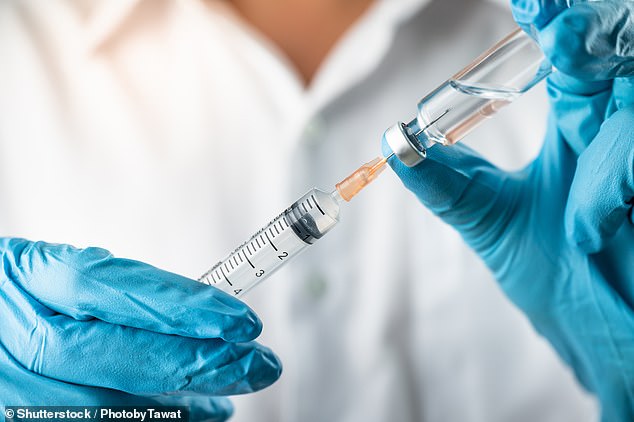 Even after a safe and effective vaccine is found, manufacturing it at scale would be a ‘very serious challenge’

This enables the vaccine to self-replicate inside cells and generate a greater protective immune response.

The COVID-19 pandemic is the first real test of this technology, and progress has been very fast.

‘We were able to go from having the virus’ genetic code to building a prototype vaccine and our first animal experiments within three weeks,’ Professor Shattock writes in the report.

‘In animals, the vaccine induced very potent neutralising antibodies with a single immunisation.’

SARS WAS FIRST IDENTIFIED IN CHINA IN 2002

Coronaviruses commonly cause infections in both humans and animals.

There have been two outbreaks, which resulted in a highly contagious and potentially life-threatening form of pneumonia.

Both happened between 2002 and 2004. Since 2004, there have not been any known cases of SARS reported anywhere in the world.

The World Health Organization (WHO) continues to monitor countries throughout the world for any unusual disease activity.

Where did it originate?

In China in 2002. It’s thought that a strain of the coronavirus usually only found in small mammals mutated, enabling it to infect humans.

The SARS infection quickly spread from China to other Asian countries. There were also a small number of cases in several other countries, including four in the UK, plus a significant outbreak in Toronto, Canada.

The SARS pandemic was eventually brought under control in July 2003, following a policy of isolating people suspected of having the condition and screening all passengers travelling by air from affected countries for signs of the infection.

During the period of infection, there were 8,098 reported cases of SARS and 775 deaths. This means the virus killed about one in 10 people who were infected.

People over the age of 65 were particularly at risk, with over half of those who died from the infection being in this age group.

In 2004 there was another smaller SARS outbreak linked to a medical laboratory in China.

It was thought to have been the result of someone coming into direct contact with a sample of the SARS virus, rather than being caused by animal-to-human or human-to-human transmission.

How does it spread?

In small droplets of saliva coughed or sneezed into the air by an infected person. If someone else breathes in the droplets, they can become infected.

SARS can also be spread indirectly if an infected person touches surfaces such as door handles with unwashed hands.

Someone who touches the same surface may also become infected. The virus may also be spread through an infected person’s faeces.

For example, if they do not wash their hands properly after going to the toilet, they may pass the infection on to others.

SARS has flu-like symptoms that usually begin two to seven days after infection. Sometimes, the time between coming into contact with the virus and the start of symptoms (incubation period) can be up to 10 days.

The symptoms of SARS include:

After these symptoms, the infection will begin to affect your lungs and airways (respiratory system), leading to additional symptoms, such as:

There’s currently no cure for SARS, but research to find a vaccine is ongoing.

A person suspected of having SARS should be admitted to hospital immediately and kept in isolation under close observation.

Treatment is mainly supportive, and may include:

There’s not much scientific evidence to show that these treatments are effective. The antiviral medicine ribavirin is known to be ineffective at treating SARS.