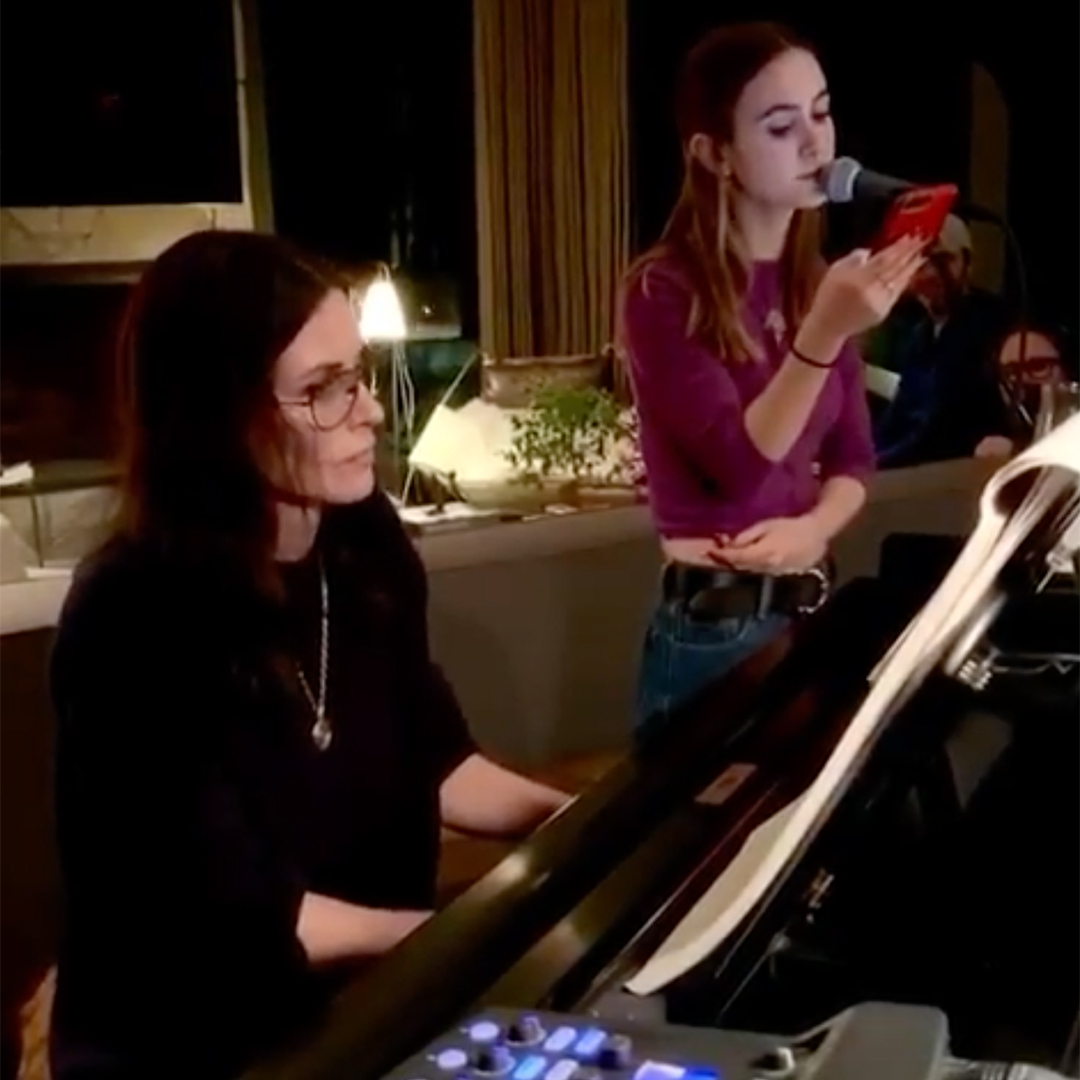 The Friends alum and star of the upcoming reunion special posted on her Instagram page on Saturday a video of the 15-year-old singing Demi Lovato‘s “Anyone” ballad. The actress accompanies her on the piano. Coco showcases her soulful voice as she sings the lyrics displayed on her phone.

“When you have a teenager you barely get to see them,” Courteney wrote. “So much negotiating. Coco traded me one song if I let her go to a party. I took it.”

Demi debuted “Anyone” onstage at the 2020 Grammys in January. It marks her comeback single following her 2018 overdose. Demi released another new single, the faster-paced “I Love Me,” on Friday.

Both songs are featured on her upcoming new album, the follow up to 2017’s Tell Me You Love Me, which has no release date as of yet.

When you have a teenager you barely get to see them. So much negotiating. Coco traded me one song if I let her go to a party. I took it.

Last month, Courtney showcased her piano-playing skills with a video of her accompanying Snow Patrol frontman and guitarist Gary Lightbody to perform a cover of Brandi Carlile‘s “The Joke.” The actress has been in a relationship with Snow Patrol musician Johnny McDaid for more than six years.

“I wasn’t nervous nor did I mess up AT ALL while playing “The Joke” with @garysnowpatrol,” she wrote.