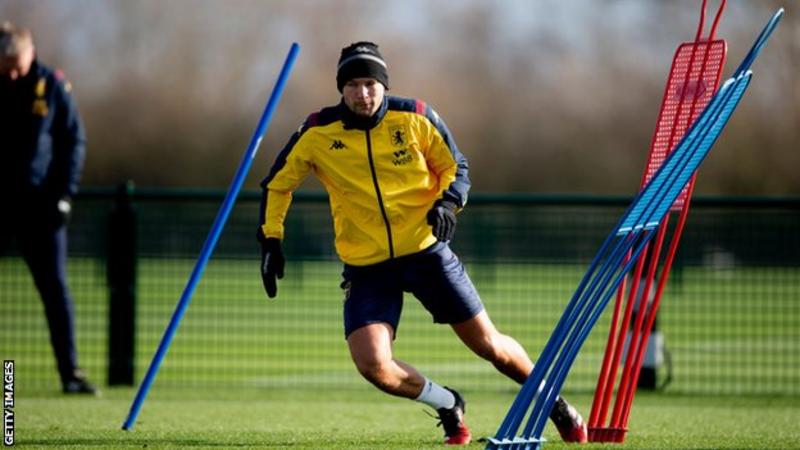 On-loan midfielder Danny Drinkwater’s future at Aston Villa is in doubt after a training ground incident on Tuesday.

Drinkwater was sent home by manager Dean Smith after clashing with team-mate Jota.

The 30-year-old midfielder is on loan at Villa Park from Chelsea for the rest of the season having spent the first half of the campaign at Burnley.

Drinkwater, who has three England caps, has made four appearances for Villa since joining on 7 January.

During his loan period at Burnley he got involved in an altercation in a nightclub that led to a number of weeks on the sidelines.

The former Manchester United youth player joined Chelsea after winning the title with Leicester City in 2017, but his playing time at Stamford Bridge was limited to just 12 games in two seasons.