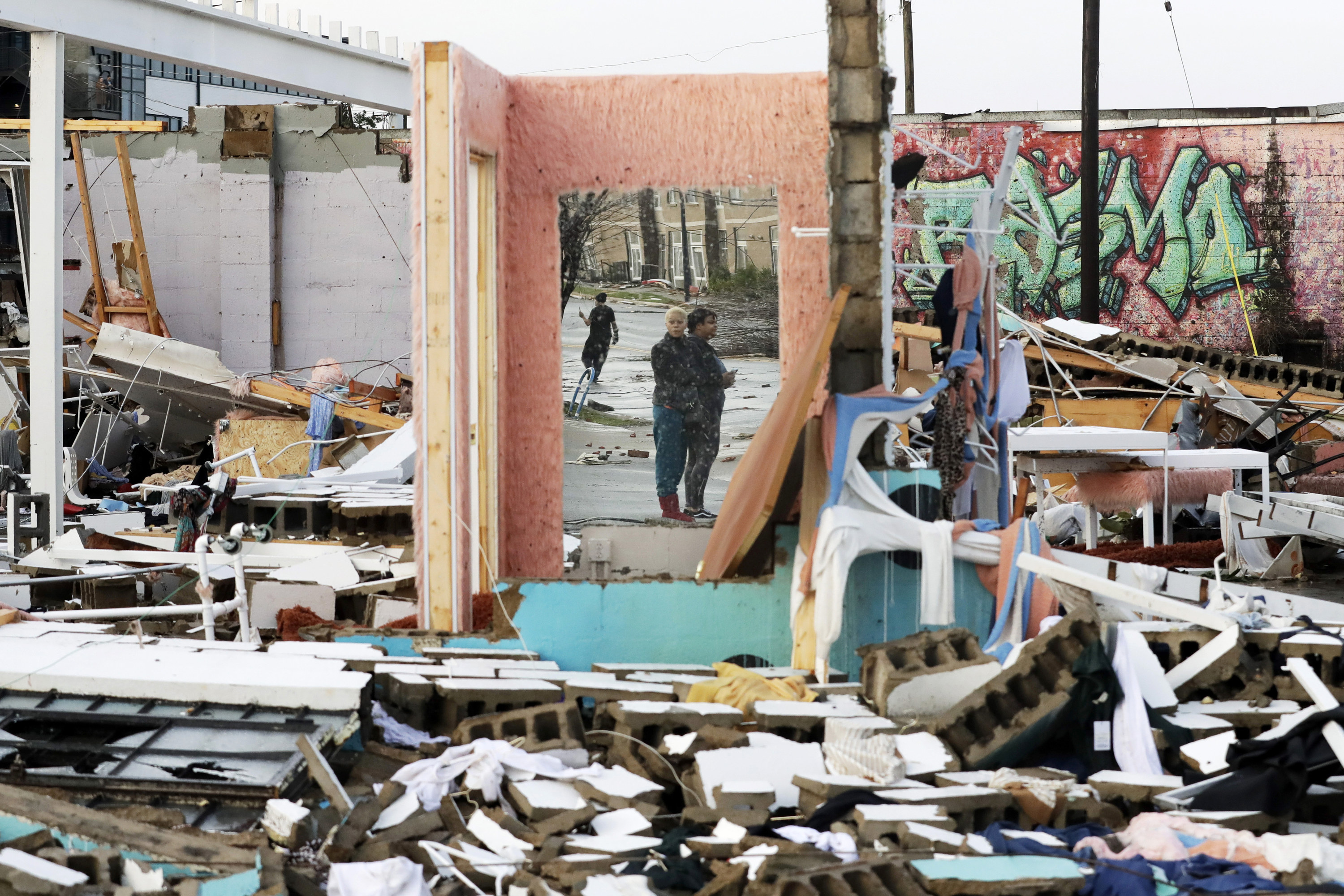 As a tornado raged outside her mom’s apartment in West Nashville on Monday night, Skylar Bee told BuzzFeed News she was “absolutely” worried about what voting the next day was going to be like.

Bee, who recently started a new job in Washington, DC, had traveled home to Tennessee to vote on Super Tuesday. But a string of tornadoes swept through the state late Monday, just hours before the polls opened, killing at least 22 people and leaving many others homeless.

Gov. Bill Lee said at a press conference Tuesday that there was “loss of life all across the state,” and officials expect the death toll to rise as emergency responders continue to sift through the debris and find bodies.

Many people remained missing Tuesday, and those injured were being treated at hospitals.

As residents woke up the next morning to scenes of devastation, voting was seemingly the last thing on people’s minds amid the loss of loved ones, homes, and businesses, and injuries.

There were logistical challenges too. Streets were littered with debris and many polling places had their power knocked out.

Still, some polls opened at 8 a.m., an hour later than scheduled, and others were moved. 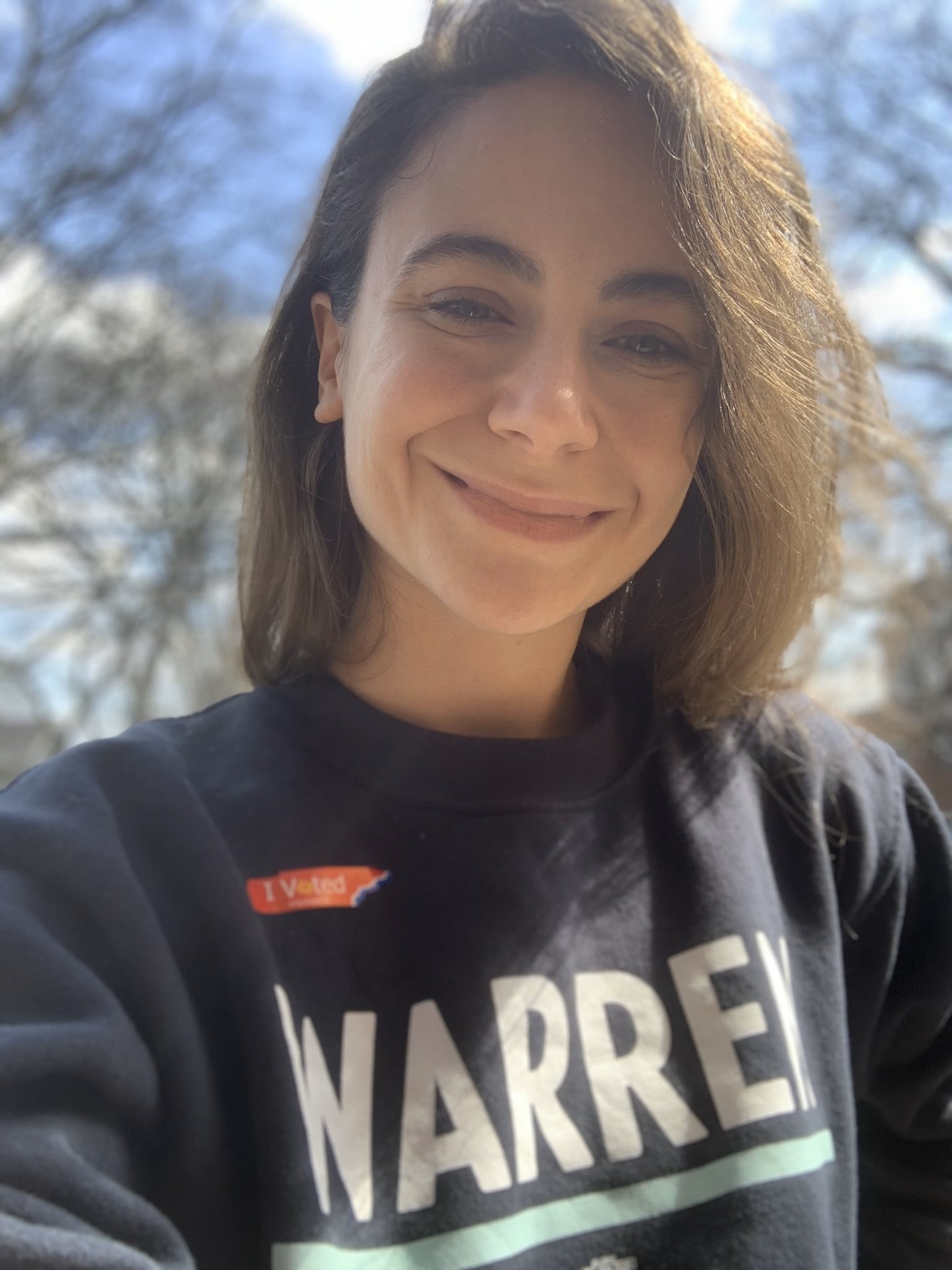 It was a relief for Bee, who was looking forward to voting for Sen. Elizabeth Warren in the primary.

When Bee and her mom went to the polls Tuesday morning, there was already a line of people waiting to vote.

“It seemed pretty much like business as usual,” she said. “It was pretty in-and-out, I would say.”

The night before, after being woken up by her iPhone’s weather emergency alarm, she and her mom took shelter in the hallway of the apartment, where there were no windows. It was “definitely scary,” she said, but it was clear that their neighborhood would be spared the worst of the tornado’s impact.

“We could look out our windows and see the storm hitting in the near distance,” she recalled.

Lisa Estrada, who lives in East Nashville, where a lot of the damage from the tornado was sustained, told BuzzFeed News she only managed a few hours of sleep Monday night.

When the tornado touched down, she and her family huddled under the staircase of their home “Harry Potter–style,” and because they recently moved in and hadn’t installed blinds on their windows, they could see everything that was happening outside.

“It was so bright outside, just like a completely white sky,” she said. “When people tell you that it’s like the sound of a freight train, it really is and you just kind of sit there and stare at the windows and wonder whether it’s going to blow in or not.”

She and her family slept in the same room on the first floor that night. Though Super Tuesday wasn’t on her mind at all when the storm hit, the following morning, after dropping her son off at school in another part of the city, Estrada went to vote.

Estrada’s original polling place was in an area hit hard by the tornado, so it took some researching before she found the location where officials consolidated several polling stations, including hers.

There were long lines when she got there, and she posted a photo from the polls on Twitter.

Estrada said the other voters seemed somber, and a lot of them seemingly “just starting to have time to look at their phones and to see the pictures” of the damage.

“It was a little chaotic because they only had four machines, long lines, and volunteers sort of making do with what they could,” she said.

“I would say that at the place that we went to, the volunteers deserve all the credit. One of the [volunteers] said, ‘We’re just making it up as we go along,'” Estrada said. “I think people were very understanding and appreciative of the volunteers who showed up. It’s a great community.”

Both Estrada and Bee said it was important for them to make it to the polls.

“Tornado or not, there was really very little that would stop me from trying to get out to the polls today,” Bee said, stressing that it was all the more important for her to vote to keep a woman on the ticket in an ever-dwindling field dominated by male candidates.

“This tornado is a little bit of a reality check and is a great example of why we need to elect candidates that will ensure strong public social services and safety nets,” she added.

Estrada said she had been looking forward to the 2020 election.