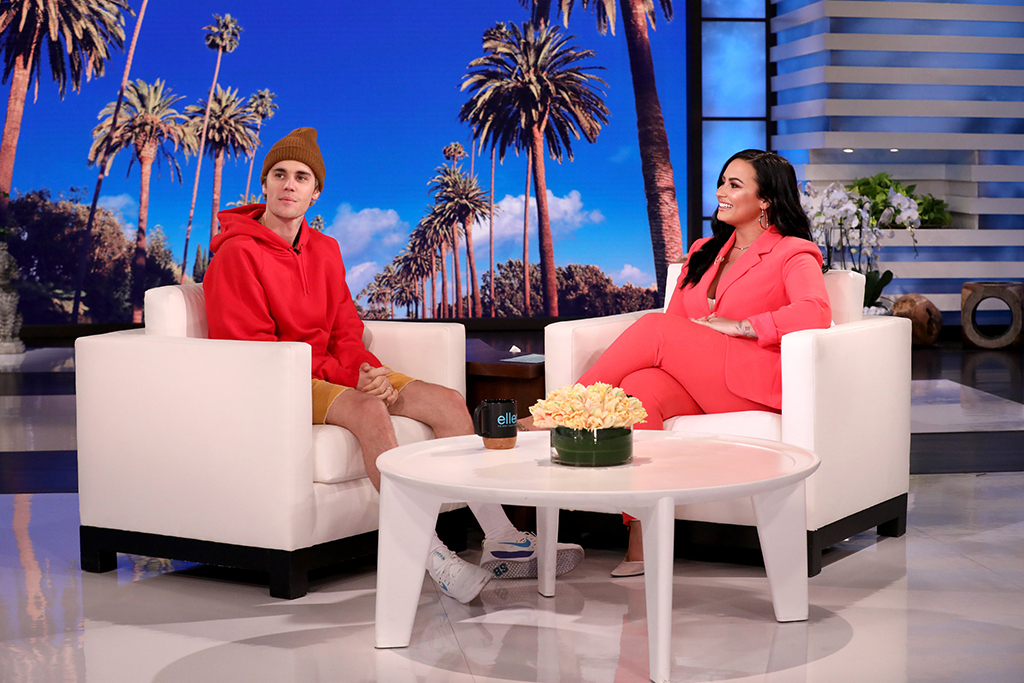 The 27-year-old singer told the story of how they met while hosting Friday’s episode of The Ellen DeGeneres Show.

Lovato said she met Bieber when she was 16 years old and he was 14. The “Sorry Not Sorry” star had just finished a radio interview when she was approached by the Biebs. He then asked her for a photo, and she obliged.

“It was so sweet,” Lovato recalled. “You were like, ‘My name’s Justin. I’m Justin Bieber. You’re going to know my name one day.’ I was like, ‘Wow! OK, cool. For sure.’ And then I definitely did.”

She even had the photo evidence to prove it.

Lovato also said they both had ” similar stories” in terms of “being in the industry really young” and that they both had their struggles.

The two-time Grammy nominee then brought up how they’ve both had documentaries and asked if there was ever anything that Bieber didn’t want to share for the project.

“There’s a fear in showing, like, vulnerability and there’s a fear in showing stuff that, you know, you feel people will say, ‘You look weak’ or all these different things,” Bieber replied. “But I think the more mature you become, you understand that there’s power in your weakness. And when you’re able to show that, it gives other people the confidence to say, ‘You know what? I’m going through similar things myself. It might not be the exact same thing, but I’m going through something, too and I’m, like, I’ve been hiding it.’ So, just having the confidence and being able to instill that confidence in young people that it’s OK to have problems, you know don’t have to hide that, [or] that each and every person in this audience is going through something unique and a different challenge, I just feel if we’re open and honest about that it creates a dialogue…”

“When I struggled last year, I know I looked at you as an inspiration because you’ve been through this and you’ve come out the other side and I really just admire the man that you are today,” she said.

Both Lovato and Bieber have spoken about their experiences before. For instance, he talked about his past drug use and journey to get sober in his YouTube docu-series. Lovato also recalled her relapse and battle with an eating disorder on another recent episode of The Ellen DeGeneres Show.

In addition, she dropped her song “I Love Me” and its corresponding music video on Friday to help spread the message of self-love.

Watch the video to see Lovato and Bieber’s conversation.