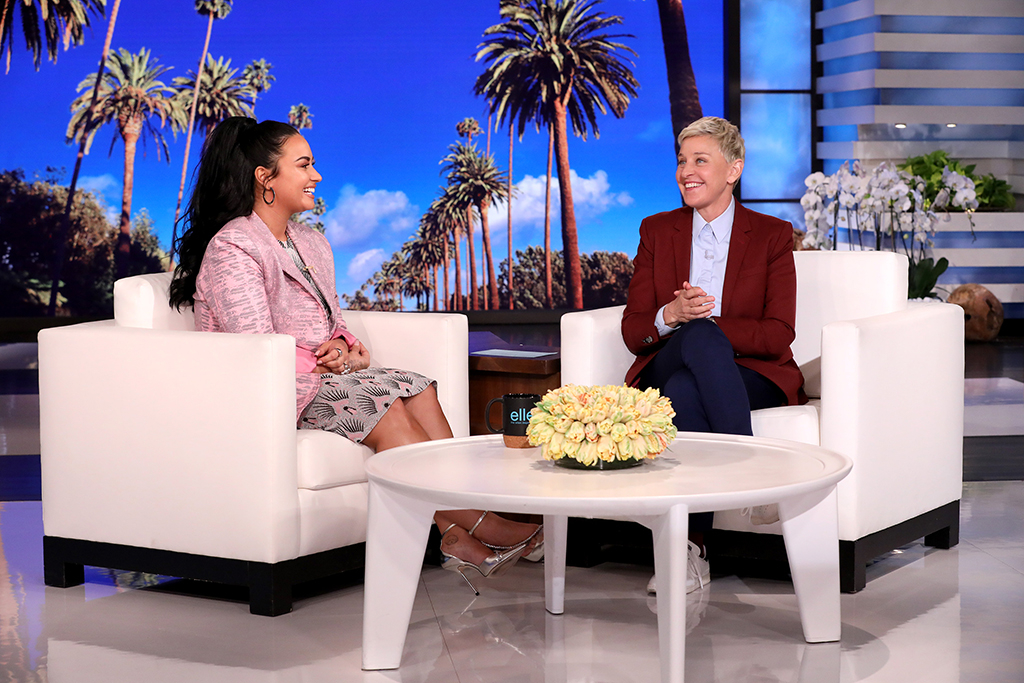 It’s been a year and a half since Demi Lovato was hospitalized for an overdose. On Thursday’s episode of The Ellen DeGeneres Show, the 27-year-old singer recalled her relapse and battle with an eating disorder.

The “Sorry Not Sorry” star told Ellen DeGeneres she lived a life for the past six years that didn’t feel like her own.

“My life, I just felt, was so—and I hate to use this word—but I felt like it was controlled by so many people around me,” she said. “If I was in my hotel room at night, they would take the phone out of the hotel room so I couldn’t call room service. Or, if there was fruit in my hotel room, they would take it out because that’s extra sugar. We’re not talking about, like, brownies, and cookies, and candies and stuff. It was fruit.”

DeGeneres also claimed Lovato’s former team would hide any sugar in the two-time Grammy nominee’s dressing room, and Lovato said they would check her bank statements to see what she ordered at Starbucks. In addition, the “Confident” celeb said she would eat watermelon with fat-free whipped cream instead of birthday cake for years.

“It kind of became, like, this ongoing joke,” she said, “but I just really wanted birthday cake.”

As time went on, Lovato, who had been sober since age 19, became “really, really unhappy.”

“My bulimia got really bad,” she said. “I asked for help, and I didn’t receive the help that I needed. So, I was stuck in this, like, unhappy position. Here I am sober, and I’m thinking to myself, ‘I’m six years sober but I’m miserable. I’m even more miserable than when I was drinking. Why am I sober?'”

She recalled reaching out to her former team members and being told she was “being very selfish” and that “this would ruin things” for them, as well.

“My core issues are abandonment from my birth father as child,” she said. “He was an addict, an alcoholic and we had to leave him. I have vivid memories of him leaving. So, when they left, they totally played on that fear and I felt completely abandoned. So, I drank.”

That night, Lovato went to a party, where “there was other stuff.” Three months later, she suffered an overdose and was hospitalized.

“Ultimately, I made the decision that got me to where I am today,” she said. “It was my actions that put me in the position that I’m in. I think it’s important that I sit here on this stage and tell you at home, or you in the audience or you right here that if you do go through this, you yourself can get through it. You can get to the other side, and it may be bumpy, but you are a 10 out of 10. Don’t forget it. As long as you take the responsibility, you can move past it and learn to love yourself the way you deserve to be loved.”

Lovato, who is now sober, is continuing to spread this message of self-love in her new single, “I Love Me,” which is out this Friday.

“I had a moment this Saturday where I spent it alone. It was a Saturday night and I was like, ‘You know, it’s a self-care night.’ I’m going to take a bath, get a massage. And I just had this moment of happiness after taking care of myself where I was just like, I started laughing by myself in my room,” she said earlier in the interview. “The phrase that kept repeating in my head was, ‘You are completely whole as you are, without anybody, without substances, without this food, whatever. You are good, girl. And that’s what I want everyone to know. That’s why this song I have coming out is called ‘I Love Me.’ Like, we are good by ourselves. We don’t need a partner; we don’t need substance. We are good.”

She’s also no longer with her old team.

“This year, when I turned 27, you know I have a new team, and Scooter Braun, my manager, gave me the best birthday cake,” she said earlier in the interview. “I spent it with Ariana Grande, who is one of my good friends. We just, like, had the best birthday. I just remember crying because I was finally eating cake with a manager that didn’t need anything from me and that loved me for who I am and supported my journey. I think at some point it becomes dangerous to try and control someone’s food when they’re in recovery from an eating disorder.” 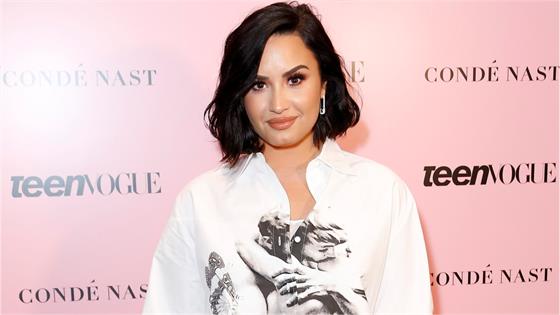 After appearing on The Ellen DeGeneres Show, Lovato took to Instagram to thank the host for letting her share her experience.

“I was so emotional I cried when I walked off stage,” she said in part of the post. “Thank you Ellen for providing me a platform to speak my truth.”

Watch the videos to see her full interview.