The NASA maps show how levels of nitrogen dioxide, a toxic gas from vehicles, power plants and factories, plummeted after the mass quarantine, compared with before. Confirmed coronavirus cases now number at least 90,993 victims and there have been 3,119 deaths.

Closing industrial plants and ordering suspected patients to stay at home has led to steep falls in the burning of fossil fuels — a key contributor to the climate change — in the world’s largest producer of greenhouse gases.

NASA space maps compare pollution levels between the first three weeks of the year and February 10 to 25.

The space agency’s scientists reveal the pollution plummet was first apparent near Wuhan, the source of the outbreak, where it quickly spread across China. 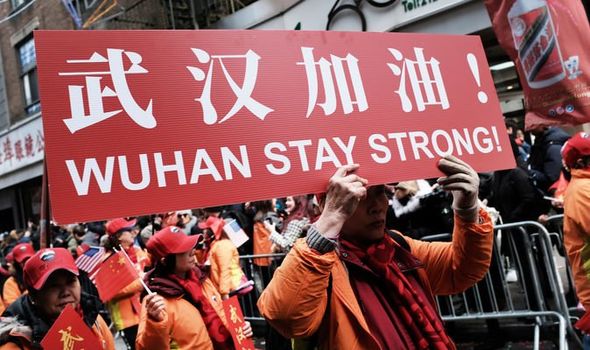 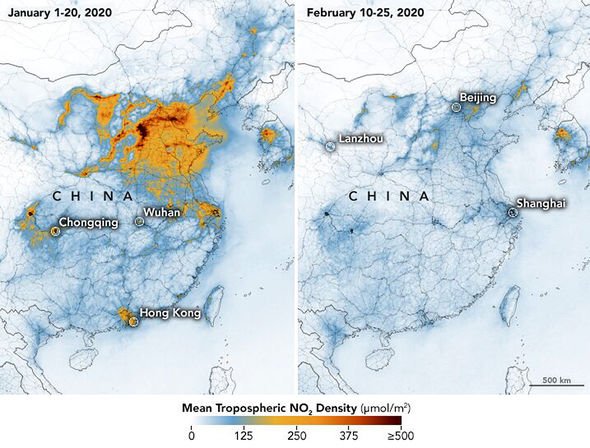 Dr Lei Liu, an air quality researcher at NASA’s Goddard Space Flight Centre, said: “This is the first time I have seen such a dramatic drop-off over such a wide area for a specific event.”

The scientist said she had witnessed a similar decline in nitrogen dioxide (NO2) levels during the economic recession of 2008 but added that decrease was more gradual.

Although the 2020 fall coincided with the Lunar New Year, when factories and businesses close, but researchers believe the decline is far greater than could be attributed to the holiday period.

NO2 concentrations over eastern and central China were 10 to 30 percent lower than what is normally observed over the time period. 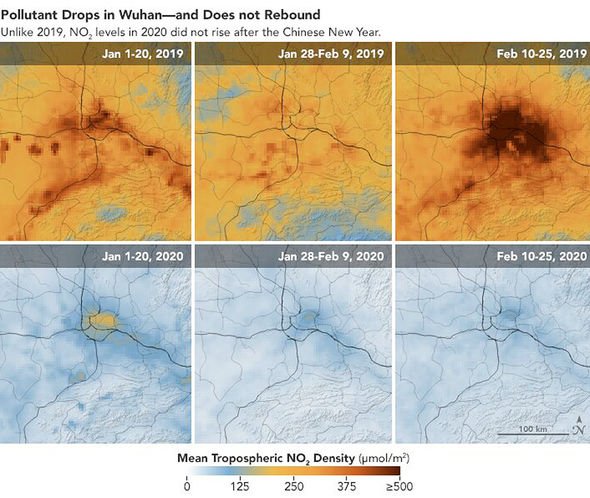 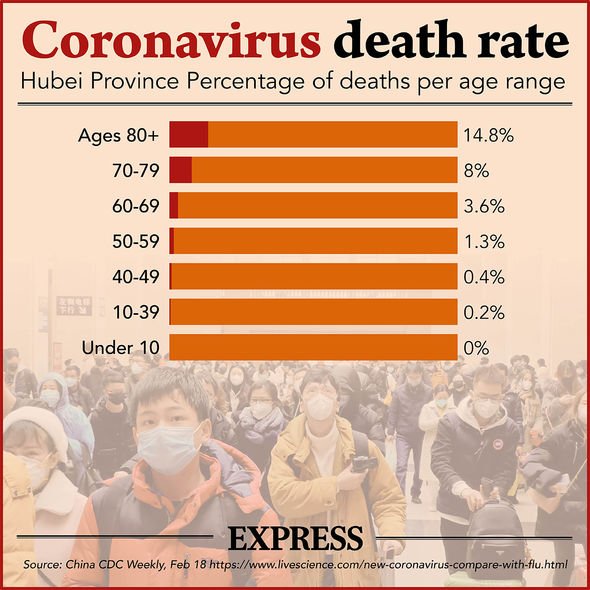 Added to this, there has not been a rebound in levels following the holiday.

Dr Liu said: “This year, the reduction rate is more significant than in past years and it has lasted longer.

“I am not surprised because many cities nationwide have taken measures to minimise spread of the virus.”

A separate study in February found China’s carbon emissions had dropped by least 100 million metric tonnes in the previous fortnight.

Did Nostradamus predict the Coronavirus outbreak? [INSIGHT]
Coronavirus UK: Should you stockpile food and medicine? [ANALYSIS]
Experts reveal if coronavirus will die off on warm weather [INSIGHT]

This is compared to nearly six percent of global emissions during the same period last year.

According to a study by the Centre for Research on Energy and Clean Air in Finland, the rapid spread of the coronavirus led to a drop in demand for coal and oil, resulting in the emissions slump.

The news comes as Public Health England announced how widespread transmission of coronavirus in the UK is now “highly likely”.

Medical Director Professor Paul Cosford added the country must be prepared for the virus. 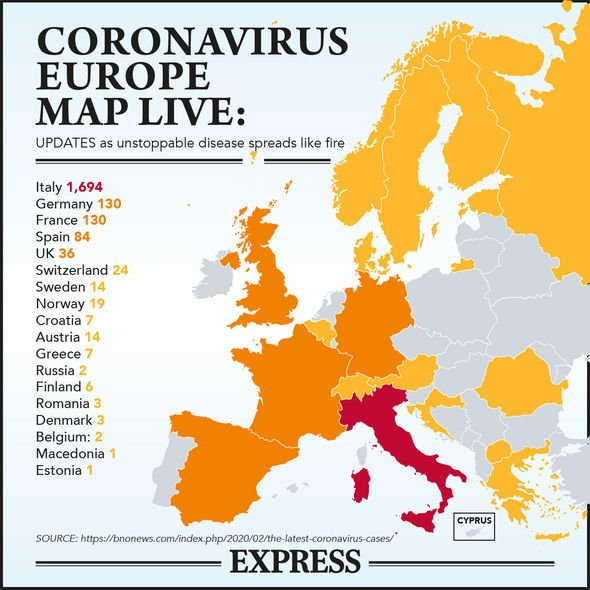 Prime Minister Boris Johnson was at a meeting of the emergency COBRA committee on Monday to finalise government plans, after the number of UK cases jumped to 36.

Meanwhile, the EU has raised the coronavirus risk in member states to “moderate to high”.

Professor Cosford said the extent of infection in other countries suggested the UK needed to prepare for more widespread infection.

Pressed on whether this was now inevitable, he told the BBC: “I wouldn’t say anything is inevitable but it is now highly likely.”