Elvis Presley lived at Graceland for two decades with his extended family. For the first year before her death, his mother Gladys Presley had her own room by the kitchen, while The King’s daughter Lisa Marie Presley spent much of the first nine years of her life there. But did you know there’s an item in Graceland’s Music Room that connects the three generations and two most important women in Elvis’ life?

Near the start of the tour, she guided a live-streamed cameraperson into the Music Room on the right as you enter the Memphis mansion.

Going behind the ropes into the area that’s physically off-limits to visitors normally, Angie pointed out the mirror above the sofa right by the grand piano.

She said: “This mirror hung above the sofa in Elvis’ first home on Audubon Drive.” 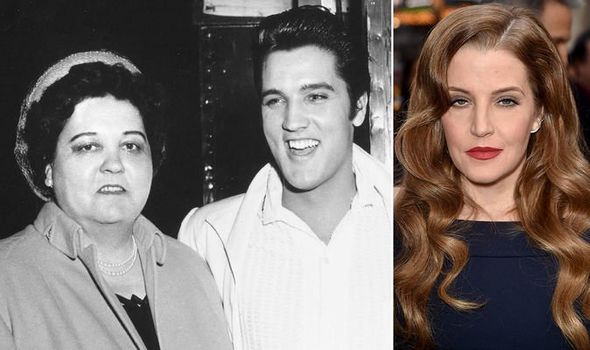 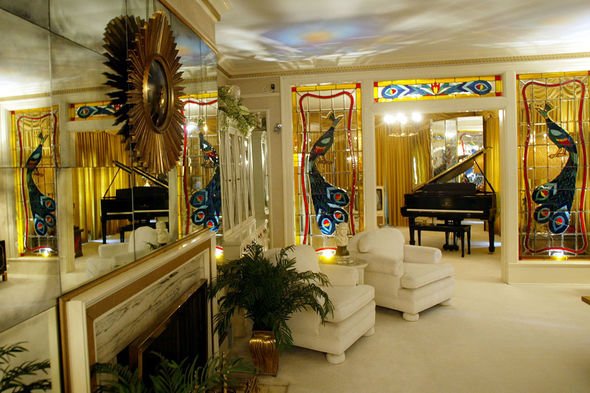 Then in March 1957, he bought Graceland and the family moved into the mansion where Elvis lived for the last 20 years of his life.

On Graceland Music Room’s mirror, Angie shared: “So we have photos of Gladys looking at her reflection in this mirror.

“As well as Elvis looking at his reflection in this mirror when it was moved here in 1957.” 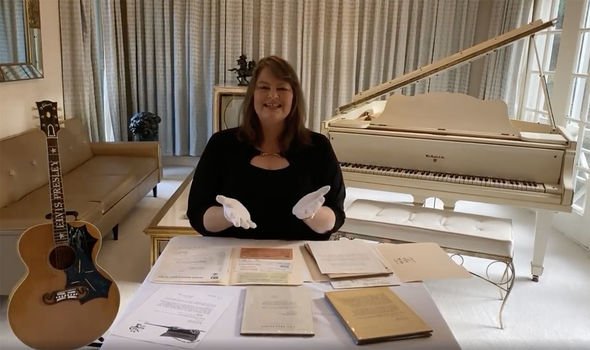 Angie added: “And just a few years ago, Lisa was here doing a promotional shoot and we have photos of her looking in this same mirror. Three generations of Presleys.”

The archivist admitted the mirror was only of her favourite items in the whole of Graceland.

Also during the tour, she showed fans the “secret drawer” located in the corridor next to the kitchen on the way to the Jungle Room from the front door.

In fact, this drawer is right by where fans walk during the regular in-person tour of Graceland.

Angie opened the drawer and written inside you can see Lisa Marie’s graffiti which reads, “Lisa’s home Graceland” with a smiley face.

Also inside the drawer is a 1993 phonebook that was owned by Elvis’ Aunt Delta Mae, who lived at Graceland until 1993.

She was the sister of The King’s father Vernon Presley, who was invited to live at Graceland with the rest of the extended family when her husband died in 1966.

Even after Elvis died in 1977 and tours of his home began in 1982, Aunt Delta still lived at Graceland using her bedroom and the kitchen for the rest of her life.

This meant those rooms were off-limits to the public at the time in order to accommodate her before she died in 1993 at the age of 74.

To this day Graceland and all its content are the property of Lisa Marie, who says she will leave the mansion to her children.

The King’s daughter and her family still see Graceland as their home and visit when they’re in Memphis.

Sometimes they even have meals at the dining room table for special occasions like Thanksgiving.