Elvis Presley’s extravagant dress sense matched his energetic stage presence and helped cement his image as the King of Rock ’n’ Roll. The singer was born in 1935 and had achieved superstardom by a young age. Turning to movies in the 1960s, he stepped away from live performance and moved into making soundtracks for his films,

But, in 1968, Presley returned to the stage with his now famous 1968 Comeback Special.

In the years which followed, Las Vegas was his and his tours and residencies ruled the entertainment scene.

It was in the 1970s that his iconic jumpsuits came to the fore.

In a new video shared from the Elvis: The Entertainer exhibit at Graceland, Angie Marchese, Vice President of Archives and Exhibits, made some incredible revelations about the King’s costumes. 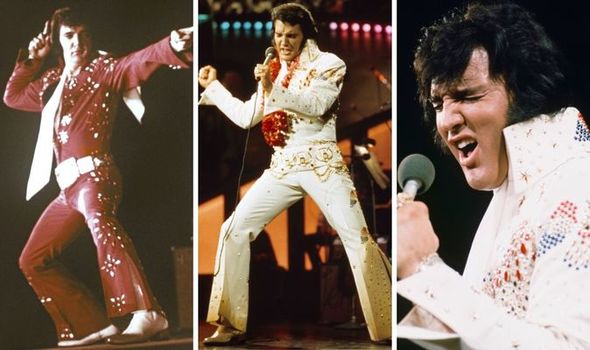 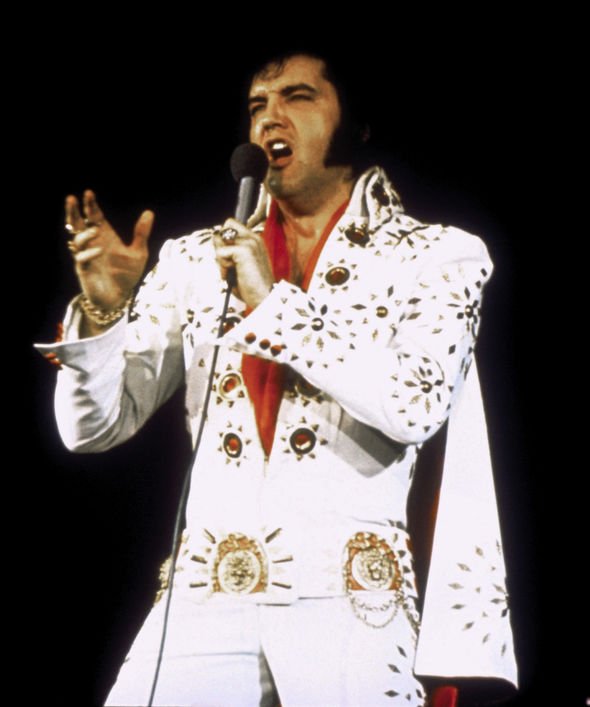 In a clip shared on Graceland’s official Instagram page with their 113,000 followers, she talked through some of Presley’s most iconic outfits before revealing a stunning fact about the collection.

“Probably one of my favourite side notes is this jumpsuit here,” she began, gesturing to a black outfit covered in fold studs.

“A lot of the fans nicknamed it the Black Pyramid Suit because, from the crowd, the studs actually look like little pyramids but as you can see up close they’re actual butterflies,” she said of the stud detailing.

Marchese explained that the costumes in the exhibit were mostly worn by the Hound Dog hitmaker in 1971 and 1972.

“Probably one that everyone recognises who’s seen Elvis on Tour is this outfit, the Purple Owl,” she continued, moving on. 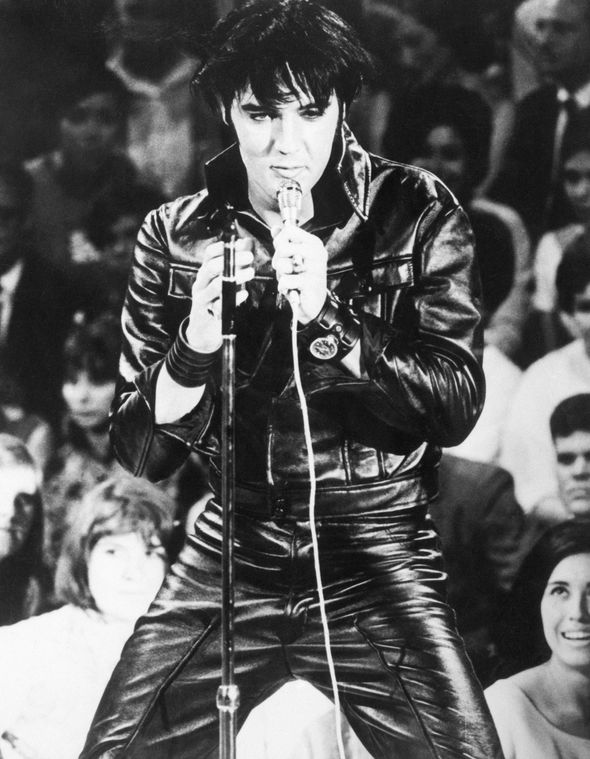 “This is the one Elvis is wearing when he points to the belt and says, ‘If y’all can’t see this, this is an owl.’

“As you can see up close it truly is one,” she added.

“Next we have what they call the White Lion Head Suit. This is because the belt that goes with it — which is part of the Hard Rock archives — actually has lion heads around it.

“This is a basic jumpsuit that Elvis had made and wore a lot in 1972, this jumpsuit design. This one also has a matching cape to it,” Marchese told fans.

She then proceeded to reveal the astounding weight of the looks which came to be favoured by the King.

“All of these outfits were designed by Bill Belew and they’re made out of 100 per cent wool fabric,” she said.

“They’re not that light; they way something like around 20 pounds each with the capes.”

American costume designer Belew, who created a number of the King’s most famous stage looks, was responsible for the tight black leather ensemble which the star wore for his 1968 Comeback Special.

Through the 1970s, Belew also designed Presley’s offstage wardrobe as well as the costumes for his shows.

The embroidery on the jumpsuits was assigned to Gene Doucette, whom Belew would provide with blank suits to turn into the eye-catching pieces which became synonymous with Presley’s image.

Belew’s creations are known for the bell-bottom trousers and high Napoleonic collars, often with wide belts and dramatic capes.

Many of the 1970s jumpsuits worn by Presley were made in a memorable crisp white, a move which Belew once explained in an interview.

“The lighting [in Las Vegas] was still in its early stages,” he told David Adams. “And we found that the colour black would absorb all the colour. And it was hard to highlight him.”

The costume designer said they experimented with dark blue, one of the King’s favourite colours, saying: “But it just ended up that white was the best thing and, of course, you know, you want the star to be the person and not the wardrobe.”