DEMBA BA cheekily trolled Liverpool fans with with his blunt reply to a video reminiscent of a famous slip involving Ba and Reds legend Steven Gerrard.
The former Chelsea star enjoyed a successful career in the Premier League scoring 43 goals in 99 appearances. 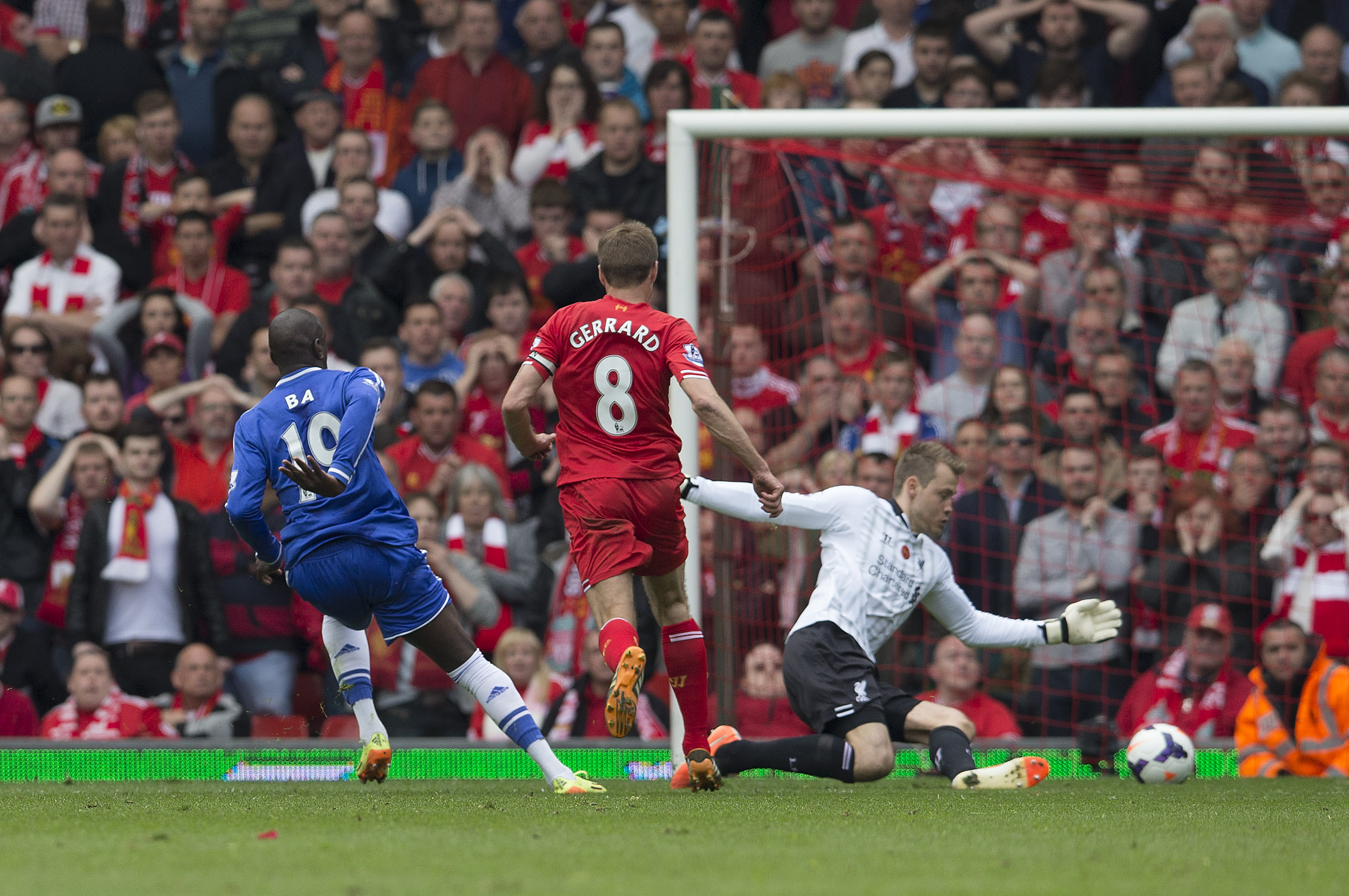 Ba, who played for Chelsea and Newcastle, is best remembered for taking advantage of Gerrard's fall during the Reds' dramatic 2-0 loss to Jose Mourinho's Blues in April 2014.

The Senegalese international sped away  from the former Liverpool skipper, who had taken a tumble at during the Anfield clash, to score in Chelsea's 2-0 win.

It was a victory that partly doomed Brendan Rodgers players' title hopes with only three games remaining that season.

The result, along with the Reds’ draw against Crystal Palace in their next game, all but ended their title dream with the Premier League crown ending up at Manchester City.

Ba brought back memories of the fall when he responded to a Twitter video of a player slipping during a football game and his opponents giving the ball back.

The tweet included a caption asking "What would you have done?" to which Ba replied "score".

Some of followers saw the funny side with one commenting that Ba had "no chill".

Others were less amused with one fan saying that Gerrard was a "million times the player Ba would ever be."

Liverpool are set to win their first Premier League title since the division was first founded in February 1992.

Jurgen Klopp's men have lost only one league match so far this season – a shock 3-0 defeat to Watford, who are battling to avoid relegation on February 29.

They returned to winning ways with a 2-1 victory over Bournemouth in their following league game with Sadio Mane and Mo Salah on target.