A devastated mother whose husband and daughter both have serious illnesses has told how they lost their life savings after a firm tasked with building their dream home went bust.

Childcare worker Cath Tyrie, 49, from Stockport, explained her daughter Stevie, 13, has a learning disability and cerebral palsy, which has left her needing help dressing, washing and eating, and means she can’t sit up, stand or walk unaided.

Cath, who is also mother to Billie, 16, was dealt a blow when her husband Colin, 56, a former nurse, was diagnosed with a progressive neurological disease in 2002, and a terminal autoimmune disease Systemic Sclerosis in 2016.

The family had been living in a house in Manchester adapted for Stevie’s needs but realised they had to leave as Colin’s condition worsened.

Unable to afford an accessible home, they decided to sell up and invest the money, their life savings and Colin’s pension, released early because of his illness – a total of roughly £220,000 – into building a new bungalow suited to their needs. 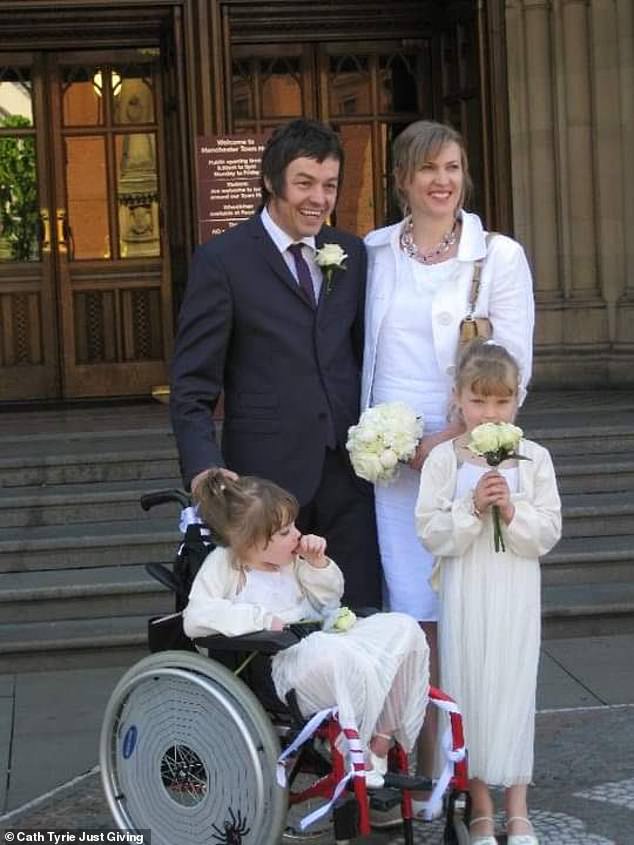 Mother Cath Tyrie, whose husband and daughter both have serious illnesses has told how they lost their life savings after a firm tasked with building their dream home went bust. Pictured, Cath with husband Colin and daughters Billie, right, and Stevie, several years ago 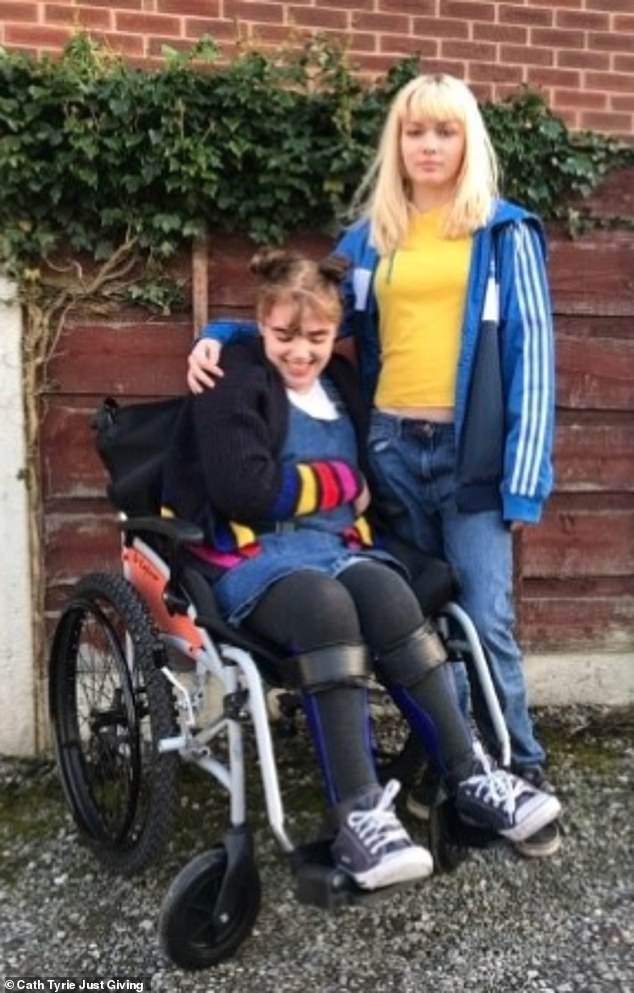 Cath explained her daughter Stevie, 13, has a learning disability and cerebral palsy, which has left her needing help dressing, washing and eating, and means she can’t sit up, stand or walk unaided. Pictured, Stevie in the wheelchair

However Cath claims the company only got as far as ripping down the sheds on the plot of land they bought before it was sold to an insolvency firm, leaving the job unfinished and the money apparently ‘missing’.

The family has been living in unsuitable rented accommodation – where Stevie has sleep in the living room and unable to access a bath – since the project collapsed in 2018.

Writing on Just Giving page, Cath told how the family is hoping to raise £200,000 to pay for a new home.

She wrote: ‘Life sometimes throws you a curve ball and our family have had their fair share. We are a couple who shared the same interests, ideals, and ideology. We just wanted to just live quietly along side others and build a life for us and our daughters; somewhere to put down roots and just somewhere to “be”.

‘Neither Colin nor I, really had this when we were growing up. We are a couple who adapted to the physical limitations of one of us getting ill when Colin was diagnosed in 2002 with a progressive neurological disease, and then in 2016 with an autoimmune disease, which was terminal.

‘This disease is slowly going to end our lives together, leaving the other to face the future alone and care for our youngest daughter, with half of us missing. The last two and a half years of our lives have been such a struggle.’ 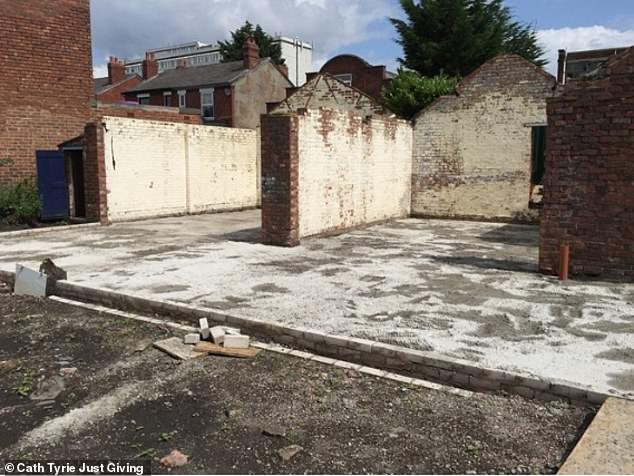 Using the money from the sale and getting out a mortgage, the couple say they bought a plot of land and paid a company £221,800 to build them a wheelchair accessible home – but were left with an empty plot (seen above)

Cath explained that up until Colin’s diagnosis, the family were living in a home in Manchester which had been adapted for Stevie, featuring a downstairs bedroom and wet room that she could access.

However when Colin could soon no longer make it up the stairs, they decided to sell their home in order to have a specially adapted bungalow built to suit both Colin and Stevie’s needs.

The family sold up their family home, put their belongings into storage and moved into rented accommodation, believing they would be there for a few months while their new home was being built.

Recalling how they decided to invest in a bungalow, she explained: ‘These were the struggles, difficulties, reasons, that steered a path towards one development company’s door.

‘We needed a house that we could all share, that we could all live in, without stairs and steps. We looked at bungalows but not only were they often not wheelchair accessible but the sale price, on top of renovations, was too much for us. 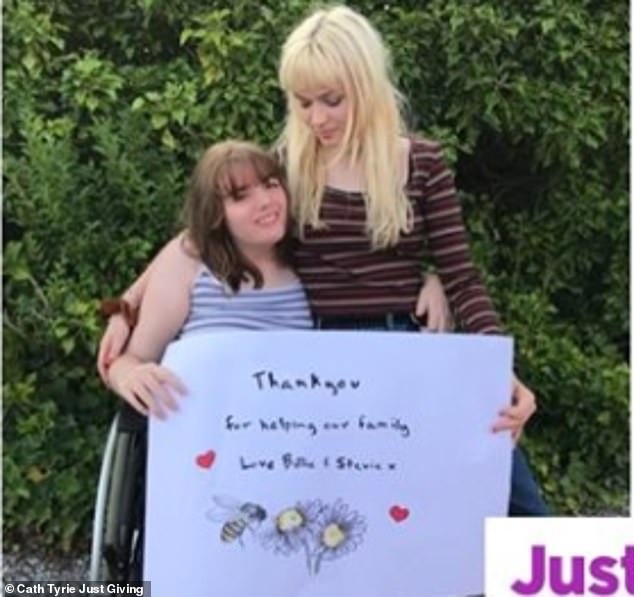 ‘We started to look for companies that would be able to build us a house from scratch. It proved to be the biggest mistake we would ever make.’

She continued: ‘The company who promised to build us a home in three months, has taken the equity on the sale of our family home, our savings, Colin’s NHS nursing pension (released early due to his terminal illness), and a mortgage, altogether £221,800.

‘They have since sold the company to an unlicensed insolvency company who brag about buying up companies debts and helping them to ‘avoid Insolvency proceedings, claims or prosecution for Insolvency Offences.

‘Although it was illegal to sell our contract without our permission money remains “missing” between the old company and the new one they have set up. An official receiver manages at least the first stage of bankruptcies and companies wound up by a court. They are looking into the matter as are the police.’

Admitting that it has made her question her judgement, she continued: ‘I have asked myself many times, should we have known? But we did our research, we visited the company, met the staff, went through costings and designs, got a contract.’

‘Unfortunately, the law doesn’t seem to have made it that difficult for companies like this one, to promise you everything, take your money, and walk away.’ 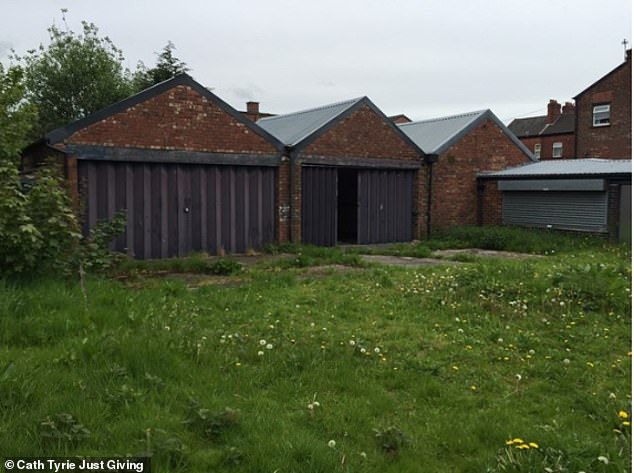 Until another solution is found, the family is privately renting a two-up, two-down terraced house in Stockport.

Cath continued: ‘Our youngest daughter sleeps in the lounge because she can’t get up the stairs as a wheelchair user. Colin sometimes cannot make the stairs to bed and sleeps downstairs.

‘There are no washing facilities downstairs, so Billie and I take Stevie swimming every week, to wash her hair and her body.

‘We pay £700 a month rent, over £400 month for a mortgage on the house that was never built. We pay over £200 for storage costs for our belongings which we can’t put anywhere. We pay gas and rent on the site.’

She added: ‘We are not eligible for council housing because of the mortgage we have. We have a brilliant solicitor and we couldn’t have done this without him but we have also needed to ensure that he is paid. We have one income. We are stuck. We are sinking.’

Explaining that she is pursuing the company through legal routes, she revealed that the public had already been kind, raising £11,669 of the £200,000 over the last month.  To donate click here.

Scleroderma is an uncommon condition that results in hard, thickened areas of skin and sometimes problems with internal organs and blood vessels.

Scleroderma is caused by the immune system attacking the connective tissue under the skin and around internal organs and blood vessels. This causes scarring and thickening of the tissue in these areas.

There are several different types of scleroderma that can vary in severity. Some types are relatively mild and may eventually improve on their own, while others can lead to severe and life-threatening problems.

There’s no cure for scleroderma, but most people with the condition can lead a full, productive life. The symptoms of scleroderma can usually be controlled by a range of different treatments.

Normally, the body’s immune system fights off any germs that infect the body. It responds like this to anything in the body it doesn’t recognise, and settles down when the infection has been cleared.

It’s thought scleroderma occurs because part of the immune system has become overactive and out of control. This leads to cells in the connective tissue producing too much collagen, causing scarring and thickening (fibrosis) of the tissue.

It’s not clear why this happens. Certain genes are thought to be involved.

There are 2 main types of scleroderma:

Other typical symptoms include thickening of the skin over the hands, feet and face, red spots on the skin, hard lumps under the skin, heartburn and problems swallowing.

In more serious cases, called diffuse systemic sclerosis, skin changes can affect the whole body other symptoms can include weight loss, fatigue, and joint pain and stiffness. Symptoms come on suddenly and get worse quickly over the first few years.