It’s a series of photos linking past and present.

Australian documentary photographer Matthew Abbott travelled to Arnhem Land in 2021 to capture the Nawarddeken people managing their land with a practice known as cool burning, where slow-moving fires burn the undergrowth and remove the build-up of fuel that feeds bigger blazes.

The series, Saving Forests with Fire and featured in National Geographic, has won this year’s World Press Photo Contest’s Stories category for Southeast Asia and Oceania, in the first time the global competition has included regional divisions. 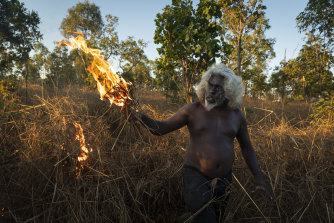 The Nawarddeken people have practised controlled burns for tens of thousands of years, using traditional knowledge to tackle wildfires and fire as a tool to manage their 1.39 million hectare homeland.

The work of Abbott, who took his winning photos between May and October last year, features elders at work on the land, in an astute, cinematic representation of practices impacting climate. 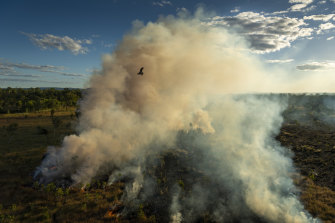 A black kite flies above a cool-burn fire lit by hunters earlier in the day, in Mamadawerre, Arnhem Land.Credit:© Matthew Abbott, for National Geographic/Panos Pictures

The Sydney Morning Herald’s managing photo editor, Mags King, was among the judges for this year’s contest.

She says the new regional categories shine a much-needed spotlight on stories from hidden corners of the world.

“The World Press Photo Contest is important in bringing global and regional stories to the fore, reflecting the world and the times we are living in through the work of photojournalists who are relentless in their pursuit,” she said.

“As a storyteller, Matt’s series shows us an insight into an ancient Indigenous practice, and highlights the connection between past and present in tackling climate issues.” 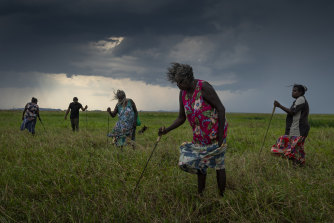 The 65th World Press Photo Contest winners were chosen from 64,823 photographs and open format entries, by 4,066 photographers from 130 countries. The global winners of this year’s contest will be announced on April 7. See worldpressphoto.org.