Not here for it! After Florence Pugh stunned in pink while attending the Valentino Couture fashion show, she was criticized because her nipples were visible through the sheer fabric — but she’s not standing for it.

Stars Who’ve Hit Back Against Body-Shamers

“Listen, I knew when I wore that incredible Valentino dress that there was no way there wouldn’t be a commentary on it. Whether it be negative or positive, we all knew what we were doing,” the Hawkeye actress, 26, wrote via Instagram on Sunday, July 10, sharing her red carpet pics. “I was excited to wear it, not a wink of me was nervous. I wasn’t before, during or even now after.” 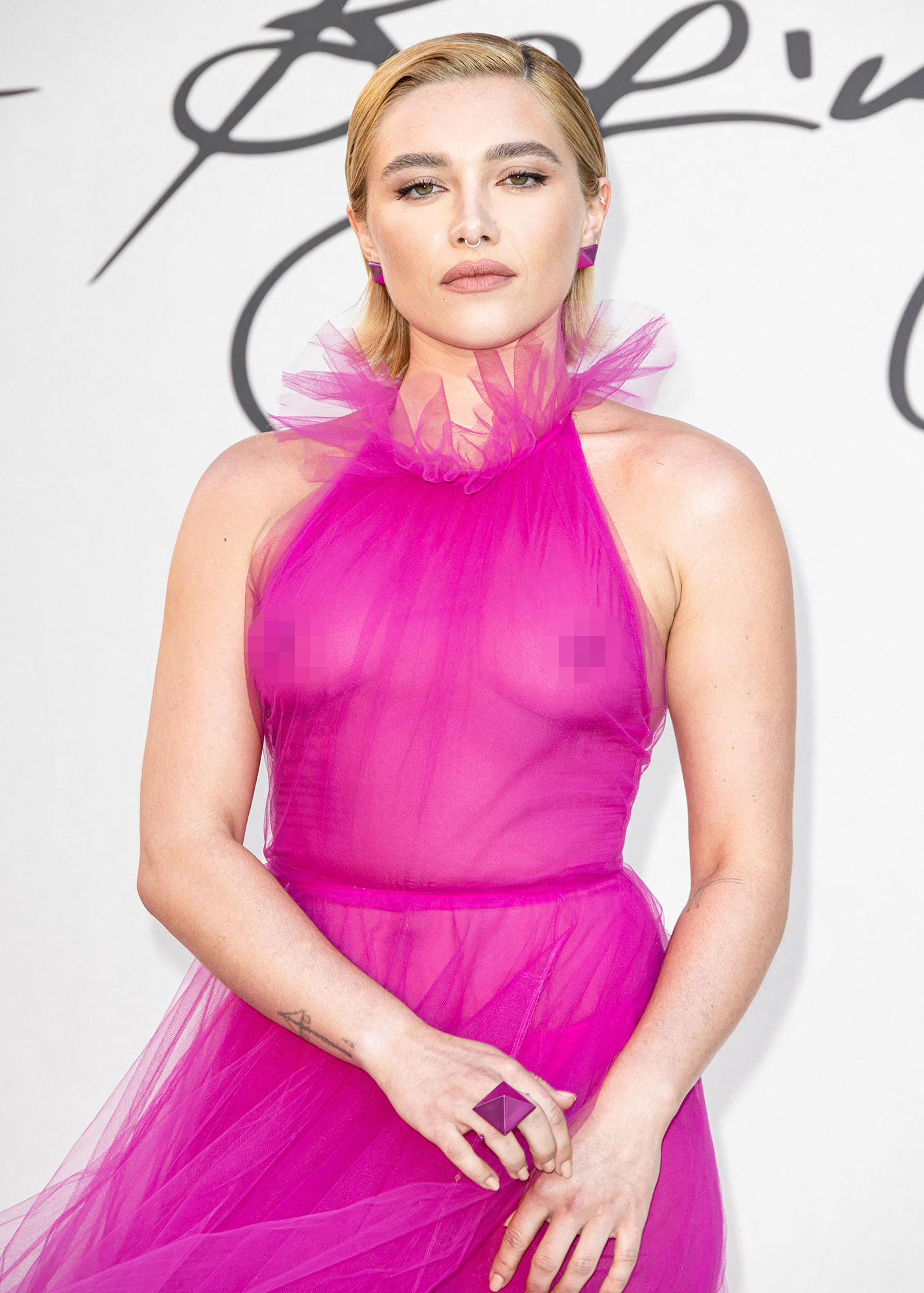 She continued her post: “What’s been interesting to watch and witness is just how easy it is for men to totally destroy a woman’s body, publicly, proudly, for everyone to see. … It isn’t the first time and certainly won’t be the last time a woman will hear what’s wrong with her body by a crowd of strangers, what’s worrying is just how vulgar some of you men can be.”

Pugh — who wore the pink tulle gown to the Valentino show at Paris Couture Fashion Week on Saturday, July 9 — further opened up about dealing with the haters.

Every Time Florence Pugh Defended Her Relationship With Zach Braff

“Thankfully, I’ve come to terms with the intricacies of my body that make me, me. I’m happy with all of the ‘flaws’ that I couldn’t bear to look at when I was 14,” the Little Women star added in her social media post. “So many of you wanted to aggressively let me know how disappointed you were by my ‘tiny tits’, or how I should be embarrassed by being so ‘flat chested.’ I’ve lived in my body for a long time. I’m fully aware of my breast size and am not scared of it.”

She added: “What. Is. So. Terrifying. It makes me wonder what happened to you to be so content on being so loudly upset by the size of my boobs and body?”

After Pugh slammed the controversy of baring a woman’s nipple, the likes of Bridgerton’s Nicola Coughlan, Aubrey Plaza, Ariana DeBose and Joey King praised her candor. Regé-Jean Page, for his part, shared a note calling for other men to be better allies.

“Take a look at yourself fellas. Then take a look at your mates and step up when it’s time to step up,” the Gray Man star, 34, wrote via Instagram Story on Sunday, resharing Pugh’s initial message alongside a clapping emoji. “When the boys are out of line, have a word.”

He added: “The weird thing about misogyny is men actually listen to other men, so do your bit, cos [sic] the next few years in particular are gonna be a really good time to listen, and take some responsibility, for everyone’s sake.”

Neither Page nor Pugh are here for policing women’s bodies, and the British actress made it clear that she loves herself as is.

“I’m very grateful that I grew up in a household with very strong, powerful, curvy women. We were raised to find power in the creases of our body,” the Midsommar star concluded her Sunday upload. “To be loud about being comfortable. It has always been my mission in this industry to say ‘f—k it and f—k that’ whenever anyone expects my body to morph into an opinion of what’s hot or sexually attractive. … Grow up. Respect people. Respect bodies. Respect all women. Respect humans. Life will get a whole lot easier, I promise.”

Pugh has previously silenced the body-shaming haters who called out her so-called “chunky” thighs.

“Oh dear. Singling out my ‘chunky’ thighs doesn’t help normalizing an ‘all shape & size’ Hollywood. In fact that’s part of the problem,” the actress — who’s been dating Zach Braff since December 2019 — tweeted in May 2019. “I do hope people take more away from [Fighting With My Family] than the circumference of my hams.”