Chief Health Officer Brett Sutton has warned Victorians that large live sporting events such as football and cricket are likely to remain closed to spectators until at least 2021, and Australia’s borders could remain shut until a COVID-19 vaccine is obtained.

Professor Sutton warned on Friday , in an interview with The Age, that any lifting of the current stage-three restrictions would be gradual and there would be no return of the public to pubs, restaurants, concerts or "MCG-type" gatherings "for some time". 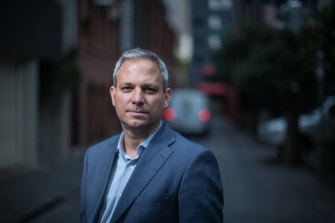 Despite the continued low levels of new infections of COVID-19 in Victoria, with just one new case diagnosed on Thursday from 2700 tests, Professor Sutton warned that one case in Wuhan was enough to spark a global pandemic. He also said he believed that pandemic was five times larger than the officially recorded 2 million infections.

Victoria has now had 1302 coronavirus diagnoses, with 14 Victorians losing their lives to the virus, and 32 cases being treated in hospital, including 13 in intensive care.

The social-distancing restrictions will be reviewed on May 11 when the current state of emergency expires, but Professor Sutton warned that Victorians should not expect any sudden or dramatic changes, rather a gradual peeling-off of "layers" of restrictions.

“It might be three or four or five or six layers peeled off over some months,” the Chief Health Officer told The Age on Friday.

“But there'll be something in place that constrains us until there's a vaccine.

"That might be gatherings, MCG-type gatherings and maybe we can hold it back if we can get everything else right in terms of testing and hand hygiene and cough etiquette.”

Professor Sutton said it was unrealistic to expect large crowds of sports fans or concert-goers to be allowed to gather again this year or for the nation’s borders to open in the foreseeable future.

“International travel coming back, I think that’s the thing that is going to be constrained for a long time,” he said.

The AFL says it could resume its suspended season as early as July, with games played behind closed doors. The National Rugby League is also keen to restart its stalled championship as soon as possible without fans in the stands.

But Professor Sutton believes large sporting crowds will be too risky until a vaccination is found or unless a political decision is taken to abandon the current strategy of limiting the spread of the virus and “let it go” through the community.

“With the grand prix, I thought: ‘Have I cost the state 50 million bucks'?”

For everyday Victorians, any relaxation of the current restraints, if the rate of infection allows, would be likely to allow more time outside their homes for reasons other than work, exercise, shopping or medical treatment.

“You could probably go out for other things where you haven't got that gathering of people, other activities where you can keep that distance,” Professor Sutton said.

He also pushed back against those arguing that the continued low levels of new infections justified the rapid opening up of the economy.

“We're only here because of what we've done,” Professor Sutton said.

“We'll only continue to be here by having some measure of what we've done continue.

“It only took one infected person in China for the 2 million cases we've got today — there's probably 10 million — and we will head in that direction if we take the brakes off.”

Professor Sutton said he was “quietly satisfied” reading the current daily numbers of new infections and he would be surprised if more than 10 were recorded on a single day.

It is a sharp contrast to his feelings earlier in the pandemic with Victoria "teetering on the brink" with more than 100 cases identified in one day and when the threat of mass fatalities "horrified" him.

“I couldn’t sleep, I was emotionally fragile and I was desperate,” Professor Sutton said.

“I just needed to convince myself that I had done everything within my power to stop what was happening in Europe and northern Italy because I could see how it would go if it got away from us.”

But he also needed political backing, particularly when making some of the biggest calls, like his advice to ban crowds at the Australian Grand Prix, which was subsequently abandoned.

“I had made the case very strongly to the Premier and the minister and … they both said ‘public health advice, we will back it, whatever you say’,” the Chief Health Officer said.

“With the grand prix, I thought: ‘Have I cost the state 50 million bucks?'

“They said: ‘Just make the decision and we will back you'.” 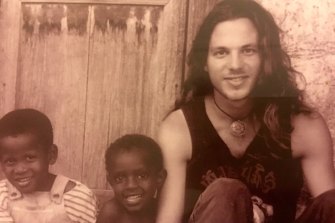 The 50-year-old found himself making some of the most momentous decisions in Victoria’s recent history just a year after being officially confirmed in the role of the state’s top doctor.

Professor Sutton came to population health after 10 years in emergency medicine, working in emergency departments from London to Sydney to regional Victoria and Tasmania and various suburban hospitals in his native Melbourne.

But working in the developing world, in Afghanistan, Timor Leste, Kenya and Ethiopia showed Professor Sutton the power of what public health could achieve, with projects capable of saving thousands of lives.

It is a lesson that applies to the present pandemic.

“That just reinforces the power of population health.”