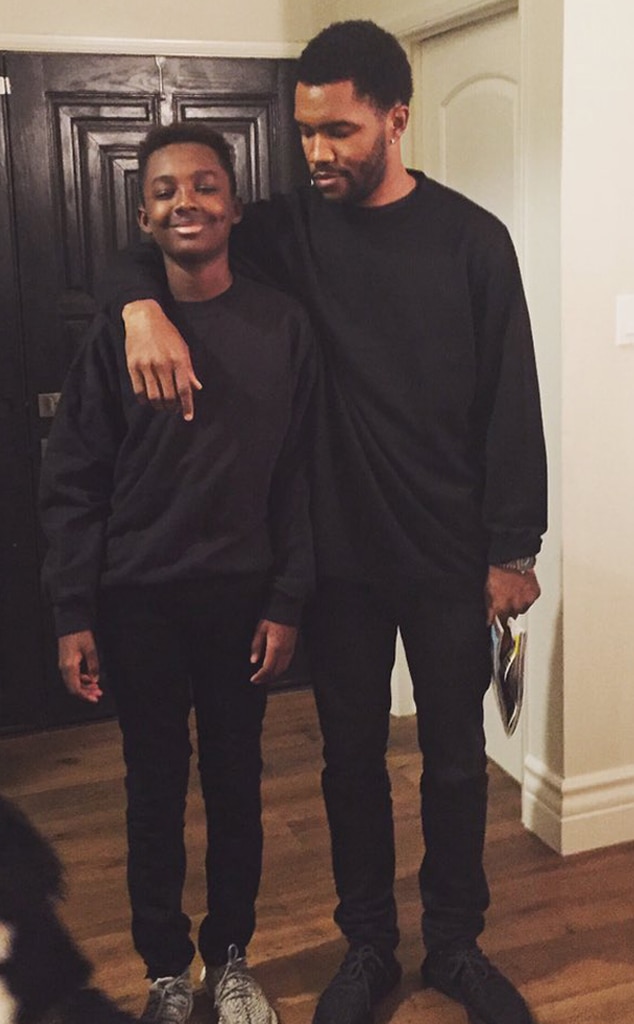 Frank Ocean's teenage brother has passed away, a source confirms to E! News.

According to the insider, Ryan Breaux died early Sunday morning, August 2, in a single-vehicle car crash in Thousand Oaks, Calif. He was only 18 years old.

A press release issued by the Thousand Oaks Police Department states there were two victims in the accident, however, they have yet to identify the individuals pending notification of their families. Thousand Oaks Acorn, a local publication, reported that 20-year-old Ezekial (Zeek) Bishop also died.

Per the press release, authorities and the Ventura County Fire Department were both called to the scene at Westlake Blvd. (just north of Skelton Canyon Circle) around 1:33 a.m. local time.

"Upon arrival, deputies discovered the vehicle engulfed in flames," law enforcement said. "The two occupants of the vehicle were pronounced deceased at the scene by the Ventura County Fire Department."

An initial investigation revealed that the vehicle appeared to veer off the roadway and collide with a tree.

At this time, it's unclear who was driving the car. The victims' cause of death has not been determined.

In light of Breaux's death, many have taken to social media to mourn his loss and send his family condolences.

Paris Brosnan, Pierce Brosnan's son, took to Instagram to share a heartfelt message. "To my brother, who was talented beyond belief, possessed a heart of gold, had an energy that was infectious, a smile & laugh that lifted everyone's spirit, and was a loyal and authentic friend to anyone he knew," Paris began his post.

"You were just getting started and ready to show the world who you were. You were a leader and you had a whole army of loyal soldiers behind you," he continued. "Thank you for being there for me when I needed you most, thank you for all the wild nights, thank you for your music and all the late night studio sessions with Fray, thank you for blessing us ALL with your presence on this earth. I will carry you in my heart always."

Tayshia Adams to Replace Clare Crawley on The Bachelorette

It's unknown if there will be a public or private memorial service held in Breaux's honor. Moreover, Ocean has yet to comment publicly on his brother's passing.

Related posts:
August 3, 2020 Lifestyle Comments Off on Frank Ocean's Brother Ryan Breaux Dead at 18 in Car Crash
Celebrity News:
‘Brave New World’ is Cancelled by Peacock After One Season
Bill Maher says Ruth Bader Ginsburg 'should've quit' under Obama: She didn't 'take the hint'
Kylie Jenner Says She's Exercising Her Right to Vote 'For My Daughter'
Luke Evans Shuts Down Breakup Rumors by Posting New Picture With Boyfriend
Kim Kardashian West Does Not Like Being Filmed From the Waist Down, Director Claims
Recent Posts
This website uses cookies to improve your user experience and to provide you with advertisements that are relevant to your interests. By continuing to browse the site you are agreeing to our use of cookies.Ok