THE FTSE 100 is up almost 4 per cent this morning after losing £144billion yesterday in the worst day since the 2008 financial crash.

The stock market hit a three-year low at the start of a trading on Monday, down more than 8 per cent, after an oil price war between Saudi Arabia and Russia wiped 30 per cent off the price of a barrel of oil overnight.

Investors were also alarmed about the economic fallout of the deadly coronavirus outbreak.

Despite being the worst plunge since 2008, it recovered slightly closing at 7.7 per cent down and opened 1 per cent up today.

It fell just short of the worst fall suffered during the financial crisis, when it plummeted by 10.2 per cent in a day on October 10 2008.

Around was £144billion off the stock markets — slashing the pensions and savings of millions on what has been dubbed Black Death Monday. 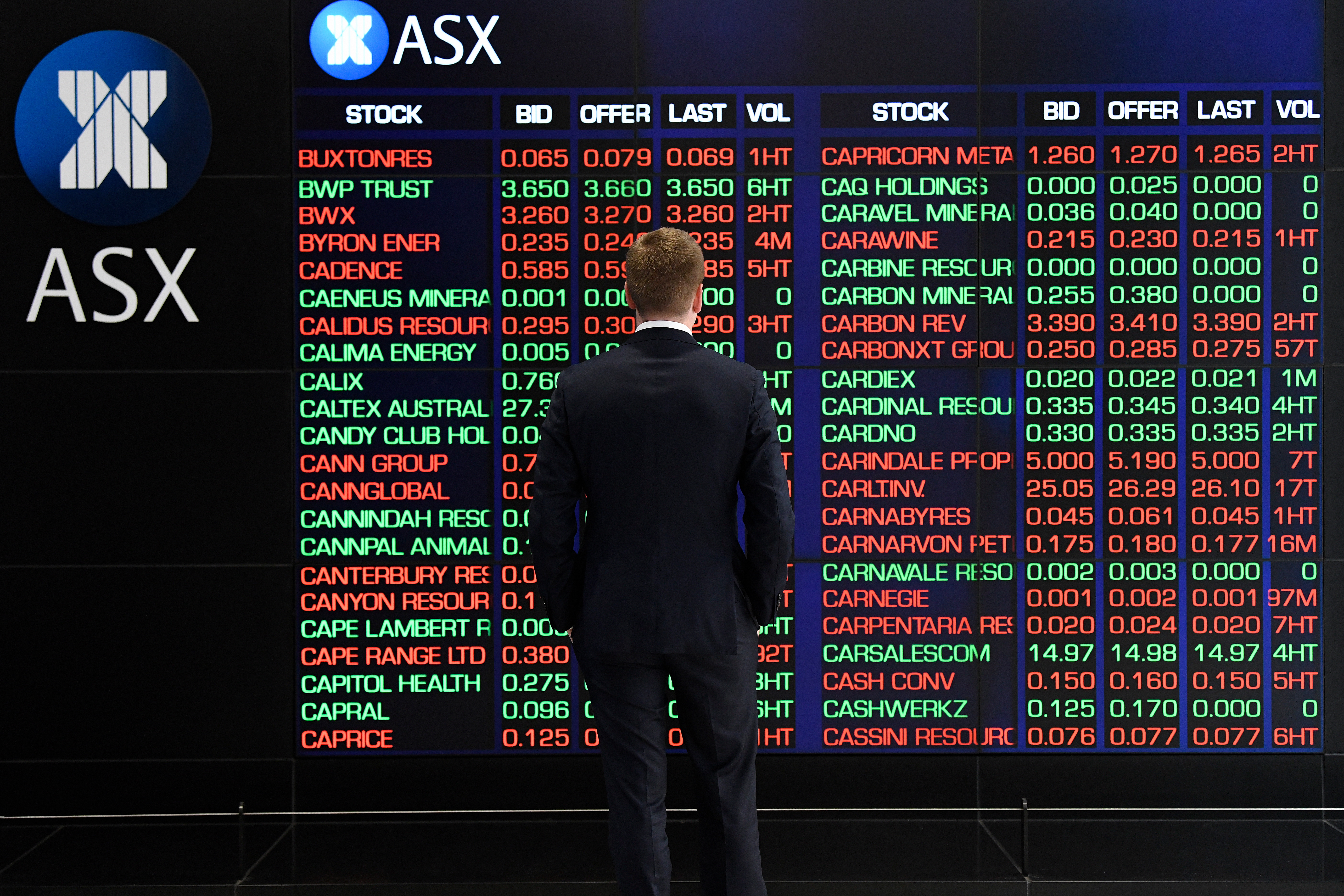 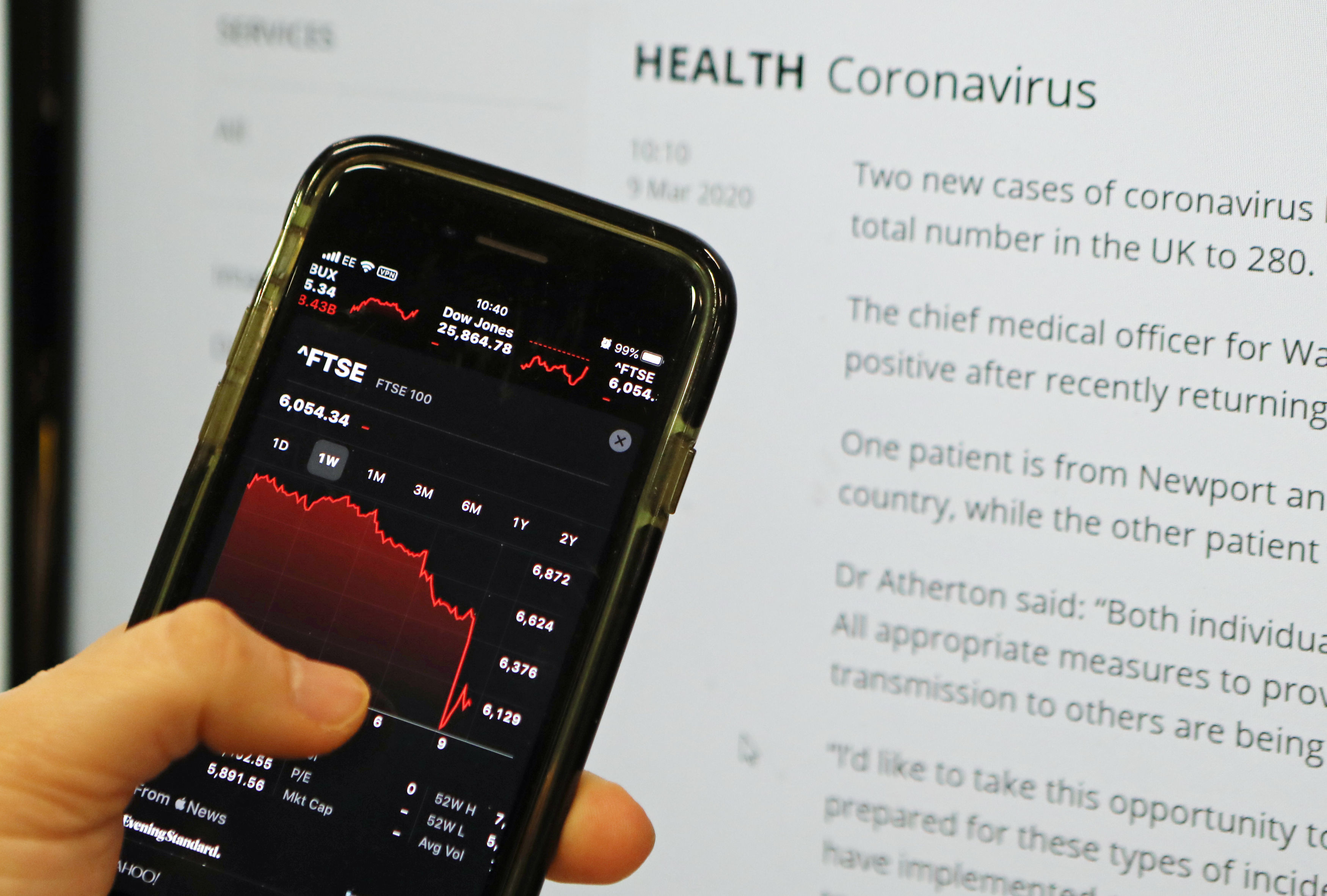 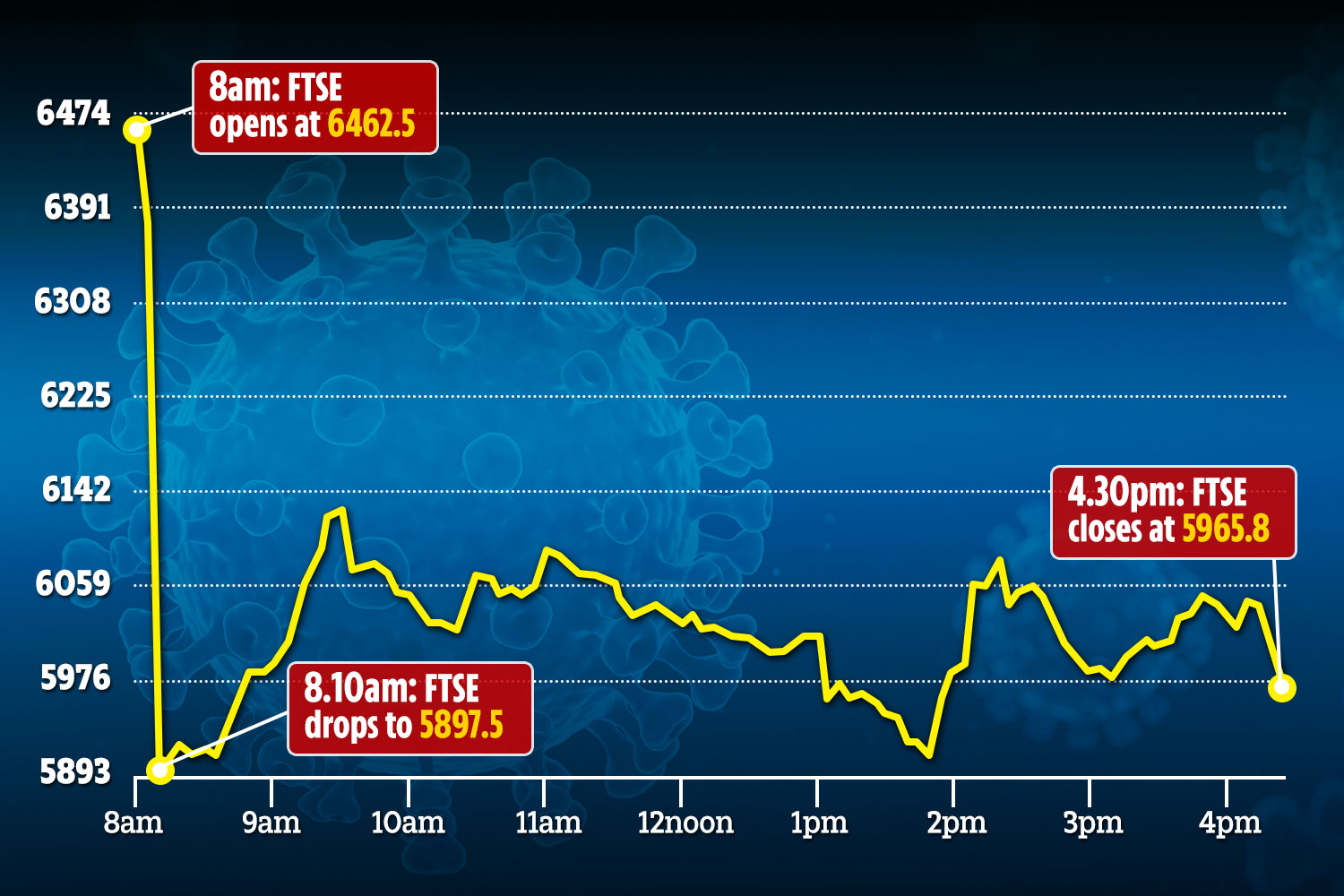 Shares in the FTSE 100 index of Britain’s biggest companies plummeted around 500 points but today opened at 6035.84.

The Dow Jones also plunged by 6.8 per cent when the US markets opened yesterday, causing trading to halt for 15minutes for the first time since the financial crash.

Markets in Australia suffered too, with the ASX200 tumbling 7.3 per cent, losing $140 billion after falling 3 percent on Friday.

Saudi Arabia slashed its oil selling prices in a jab at Russia for refusing to cut its supply.

The fallout caused crude oil prices to take their biggest one-day hit since the 1991 Gulf War, costing just $31.02 a barrel. 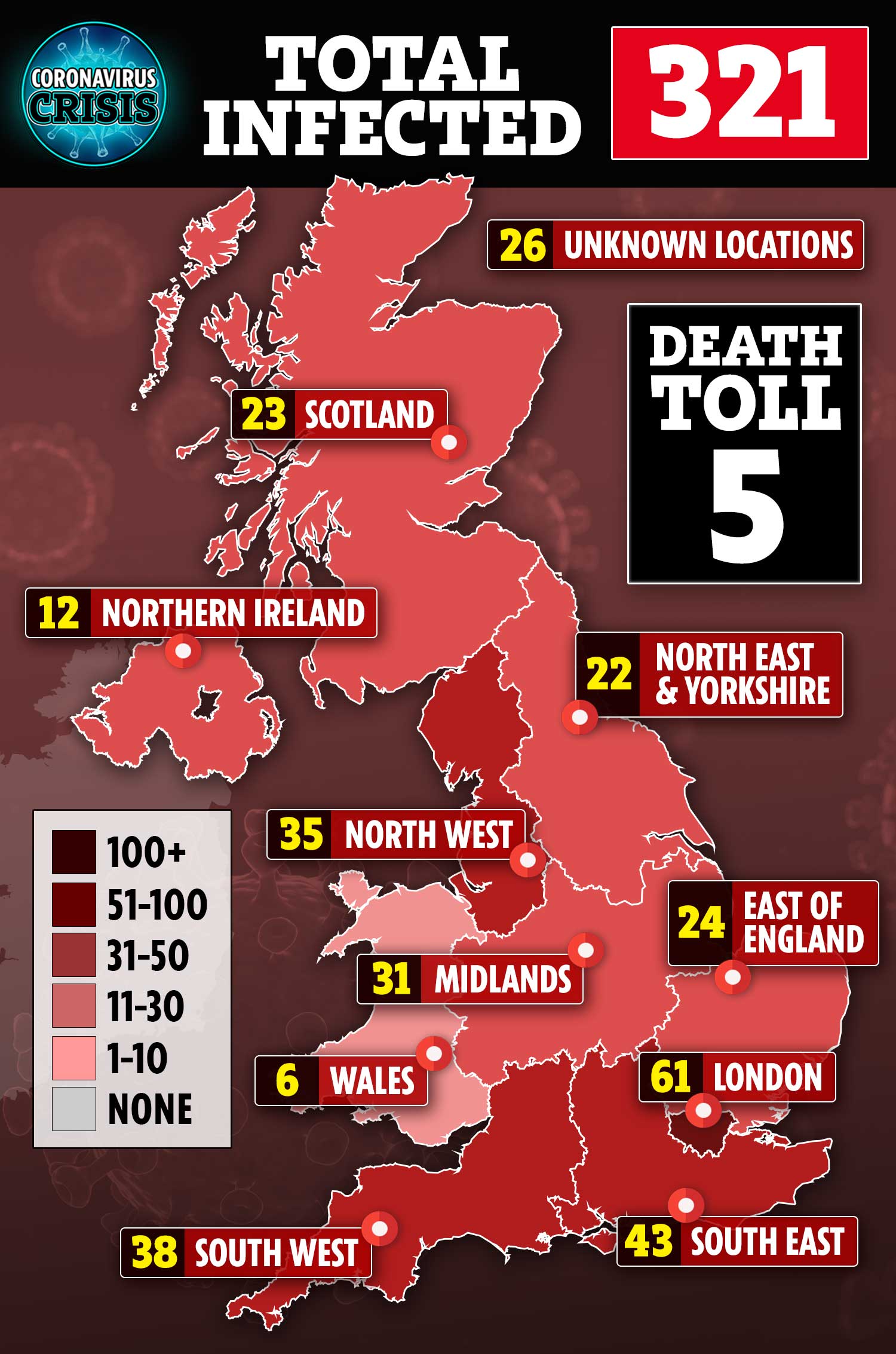 The AA's  Luke Bodset believes it could see supermarkets knock between 7p and 8p off a litre of fuel at the pump, or £3.85 per tank, to reflect wholesale costs.

The crash came days after the FTSE 100 lost £59billion on Friday, following a 13 per cent drop the week before.

The demand for oil has also been affected by COVID-19, with Flybe airline even calling in administrators as passengers ditch flying in favour of staying at home.

Other airlines, including EasyJet and British Airways, are also scaling back operations to match customer demand.

The drop in stock market values over the past fortnight suggest fears from investment of measures to contain the virus, such as closing down factories and schools, will damage the economy.

Britain's coronavirus death toll rose to five yesterday as the number of cases reported rocketed to 321.

Italy has also been put into lockdown, with all public gatherings banned, in a bid to contain the outbreak as the nation's death toll soared past 450.