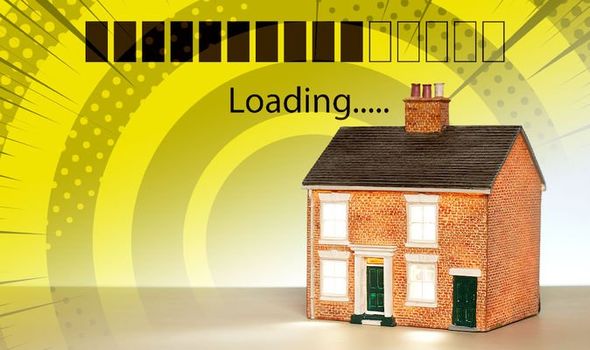 Prime Minister Boris Johnson should recognise fast broadband as “an essential utility” like running water and electricity, according to a new report from the Government’s Office for Science. The report was commissioned to highlight how an increased contribution from science and technology could boost the sustainability of the UK’s health and care system.

It recommends empowering people to take control of their care and data, which “more broadly” suggests “designating broadband as an essential utility to facilitate systems improvements” across the UK. With an ever-growing number of NHS resources available online, those without an internet connection won’t have the same knowledge about their health as those with access to the NHS app, online resources around symptoms, medication and more. Even booking a GP appointment can require an internet connection in some areas.

Should the Prime Minister accept the designation from the Office for Science, he will be playing catch-up with the rest of the country. Most people already consider a solid broadband connection to be an essential service. Broadband speeds can have a huge impact on house prices – especially as more people leave the city in search of bigger gardens and more space.

In theory, branding broadband as “an essential utility” will grant it the same status as water and electricity. That means it will be held to higher regulatory standards, which would force network operators to guarantee access to all (even within expensive, tough-to-install rural areas) and provide support during outages. It would also make it harder to disconnect users …even if they haven’t paid their bills. This is the reason your water isn’t turned off at the mains – like you’ll see in some movies – even if you’re behind on your monthly bills.

MORE LIKE THIS
Police and UK Government vulnerable to new Microsoft hack… are YOU?

Unfortunately, the designation of an “essential utility” isn’t a silver bullet. The change in terminology will not guarantee universal availability, boosted performance, or more affordable pricing overnight. For example, gas is already considered to be essential by the UK Government and yet 10 percent of homes are not connected to the gas grid nationwide.

Late last year, the UK Government has quietly confirmed plans to water down its commitment to bring full-fibre broadband connections to the entire country by 2025. The pledge to connect every home in the UK with gigabit-capable cables was a key part of Prime Minister Boris Johnson’s manifesto during the last general election.

It’s a pledge that Boris Johnson has repeated during the daily coronavirus briefings earlier this year as journalists and members of the public stuttered and buffered on Zoom as they tried to question the Prime Minister.

However, in the latest national infrastructure strategy, the Government has walked back its commitment – stating that faster internet speeds will now only be available to 85 percent of premises within the next five years.

A number of new smaller companies are racing to install future-proofed broadband infrastructure across the UK. A number of these, including Community Fibre, HyperOptic, ZZoomm, CityFibre, Zen, and more, are racing to build out gigabit-capable networks faster than the old guard, BT’s Openreach, can upgrade its existing copper cables to the future-proofed new technology.

While some of these companies are looking to connect rural and semi-rural properties, a recent report from Ofcom suggested that 1.5 million homes in the UK still do not have any internet access. It’s likely to be these premises that fall within the missing 15 percent from the Prime Minister’s original pledge to bring fast, reliable broadband to all.