GREMIO stars protested against being forced to play during the coronavirus crisis by taking to the field in face masks.

The Brazilian league is just one of the few worldwide that continues despite the rapid spread of the deadly virus. 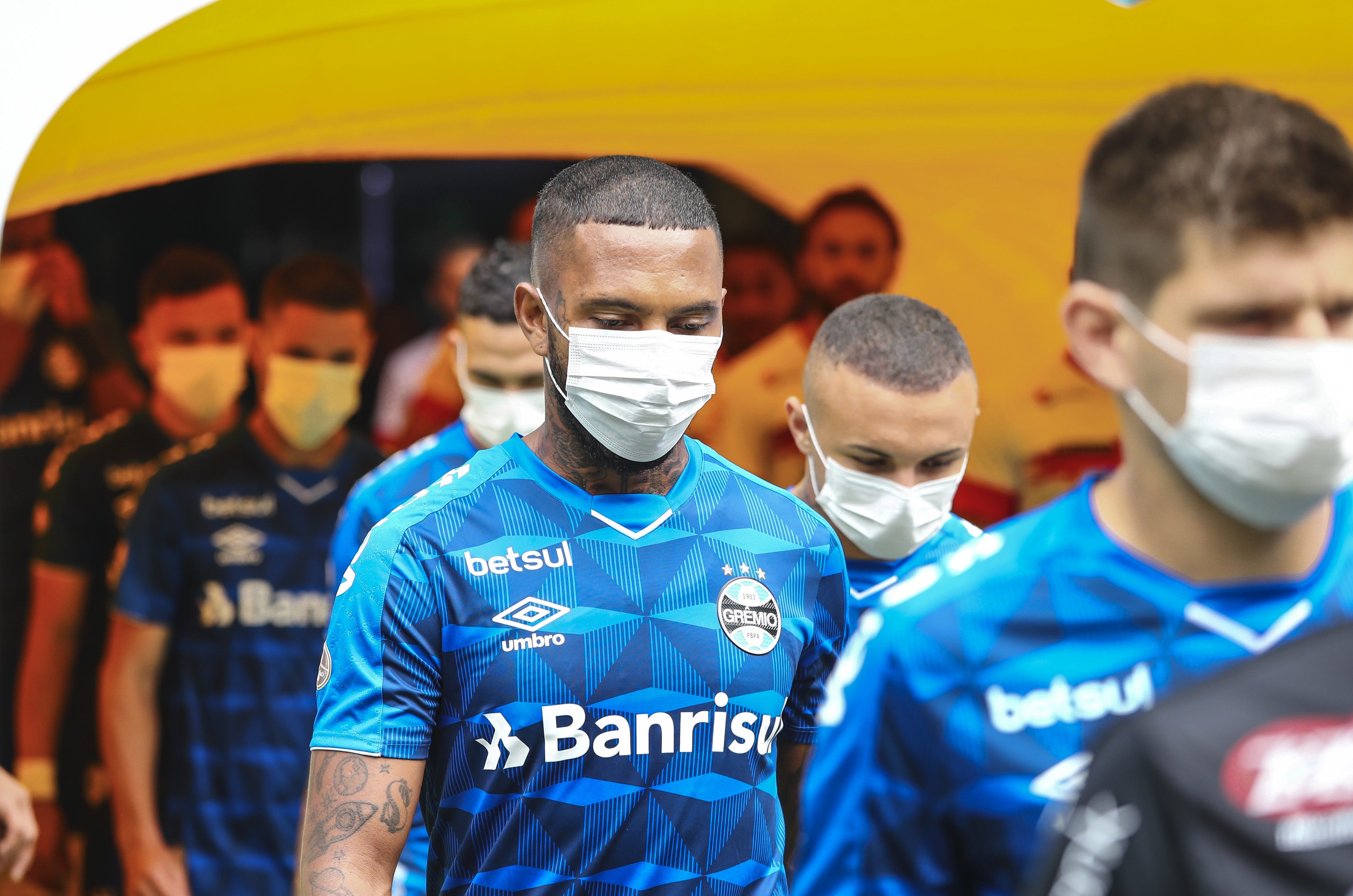 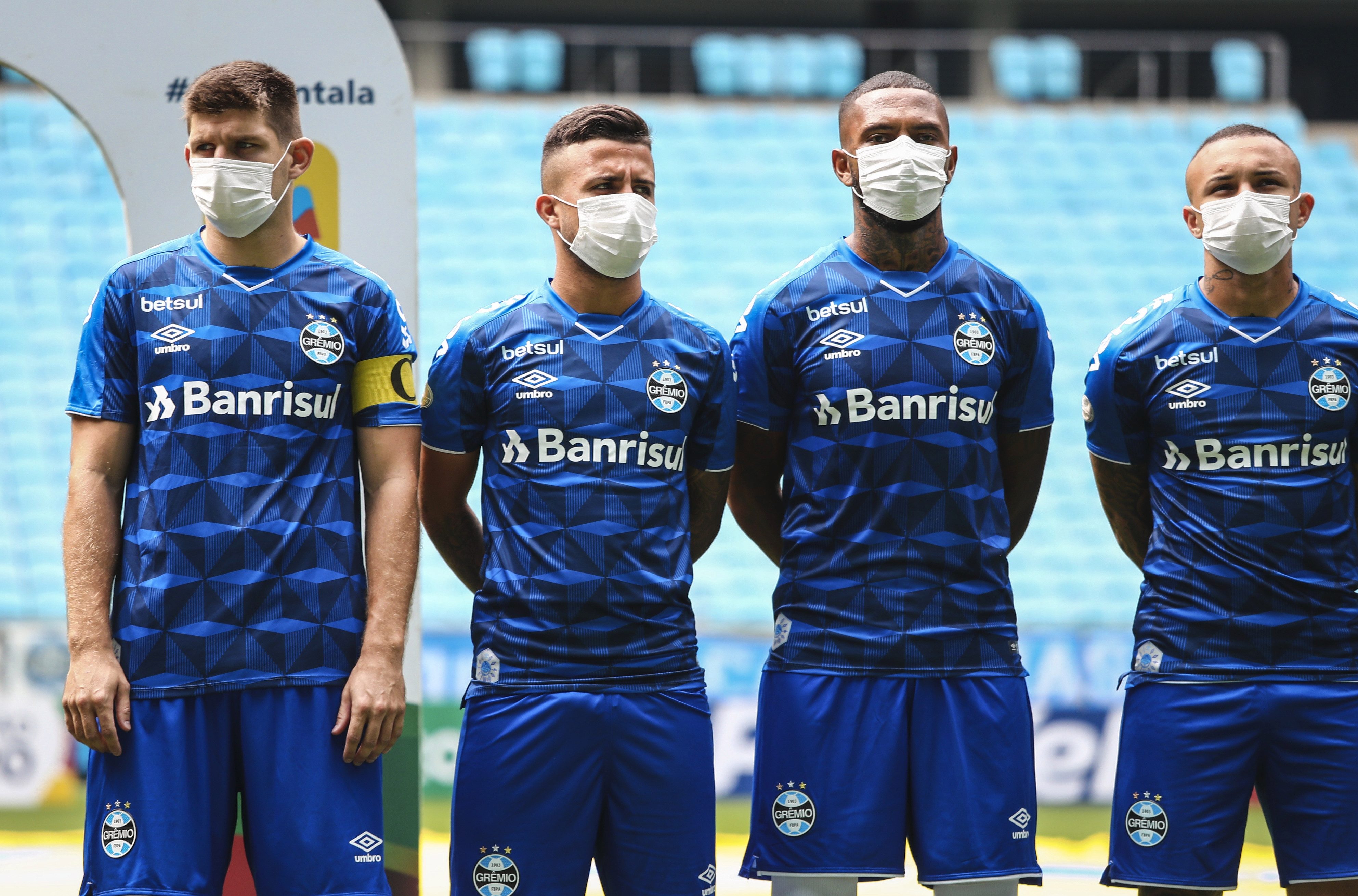 No fans are allowed in the stadium but there have no plans to abandon matches as of yet.

And Gremio players piled on the pressure for authorities to postpone the season by entering the field against Sao Luiz wearing face masks.

Led by manager Renato Portaluppi, they emerged from the tunnel wearing masks and kept them on for the team photo.

They then took them off for the game in which they won 3-2.

Paulo Luz, Gremio's director of football told Brazilian publication UOL: "This protest by the players to take the field wearing masks makes implicit our support for the championship to be halted.

The protest comes as players and clubs across South America are starting to complain at decisions by footballing authorities to order games to be played, but behind closed doors.

Flamengo coach Jorge Jesus appealed for football to be halted, saying players needed to be protected because "they are not super-human".

And Botafogo also wore masks and posed with a message before their match this evening.

The message translated as: "Coronavirus: Be warned! This fight belongs to all of us."

In Argentina, River Plate refused to play their Superliga Cup tie against Atletico Tucuman on Saturday. The Buenos Aires club closed their stadium, leaving match officials and an advance team from Atletico outside the ground.

Other footballers across Europe are making the most of their time in isolation by spending time with family or participating in other hobbies.

Barcelona superstar Messi is spending quality time with his family while others are taking advantage of Netflix or working out in their own gyms.

Fierce rival Sergio Ramos not quite ready to put his feet up and took to Instagram to show off his workout.

Juventus ace Douglas Costa was up to similar tricks in his garden while his dog attempted to put in a challenge. 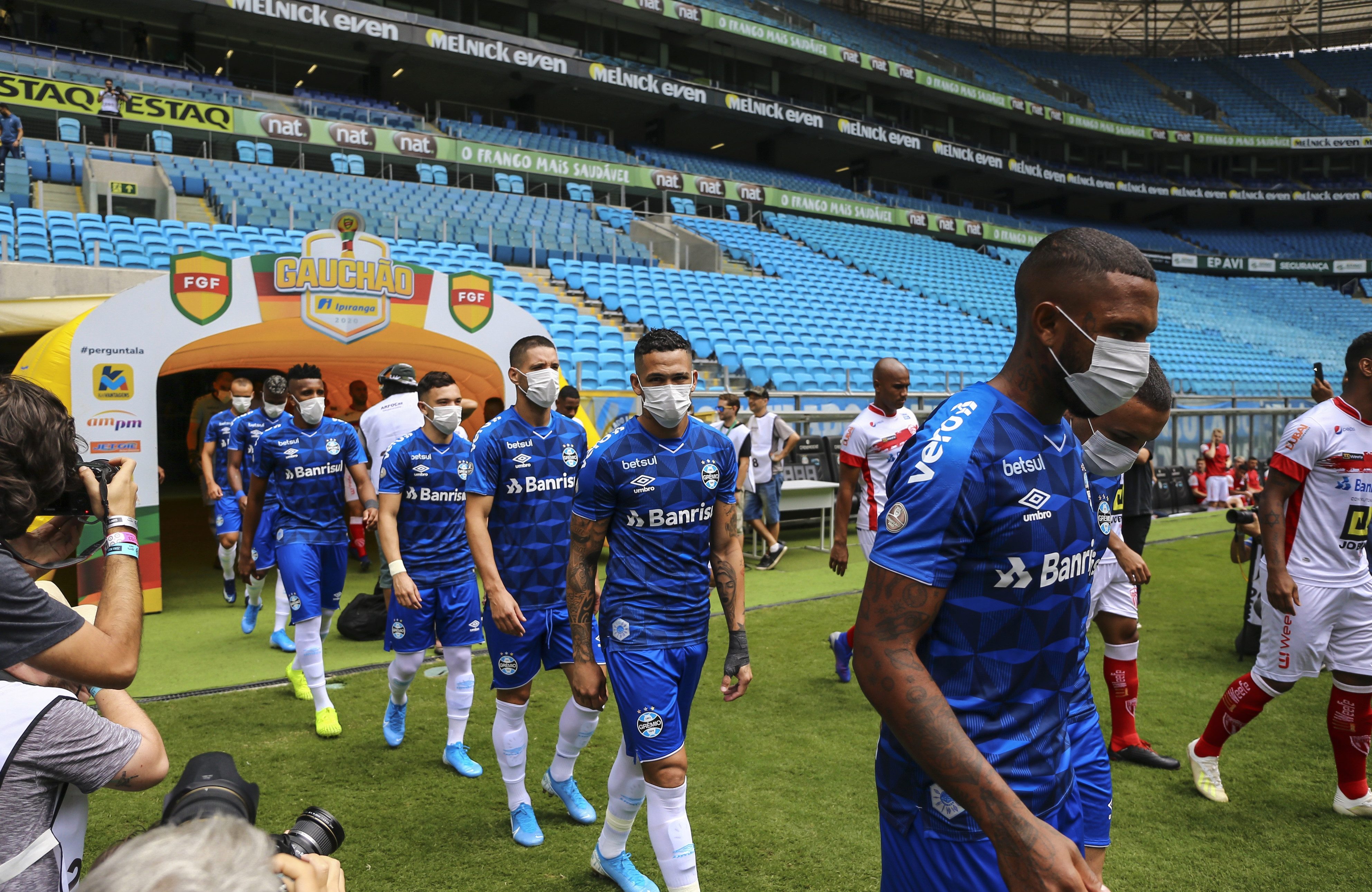 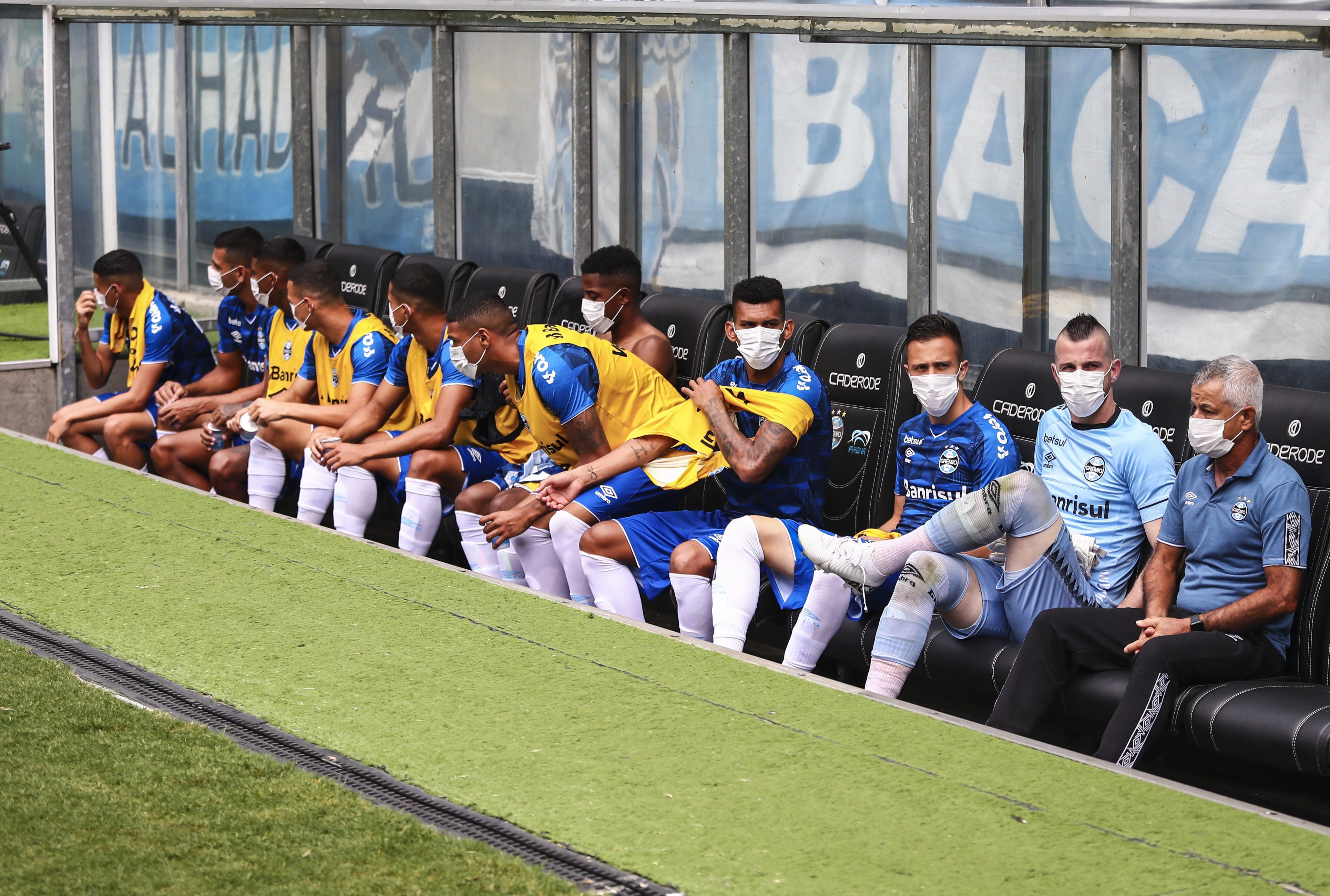