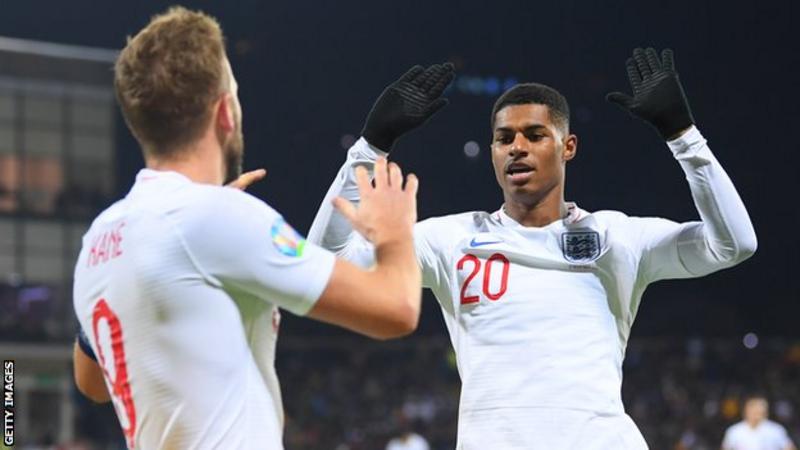 Tottenham’s Kane has been out since 1 January with a hamstring injury, while Manchester United’s Rashford has a stress fracture of his back.

“All being well they’ll be available for us in the summer,” said Southgate.

The England boss also did not rule out asking Leicester striker Jamie Vardy to make himself available for selection.

Vardy stepped aside from international football in 2018, at the time saying “if the worst came to happen and everyone was injured, then obviously I wouldn’t say no”.

The 33-year-old is the Premier League’s joint top-scorer this season with 17 goals.

“Why would I rule anybody out?” said Southgate. “I’ve always said that the door has never been closed.”

Rashford, who has not played since 15 January, has scored 14 goals in the top flight this term, while Kane has 11 league goals.

“I’m realistic,” added Southgate. “I think with Harry Kane and Marcus Rashford, they’ve both had serious injuries, but both of them will do everything within their power to get themselves fit and ready and available for us in the summer.

“The first priority for both of them is to get back playing for their clubs.”

England open their Euro 2020 campaign against Croatia at Wembley on 14 June.