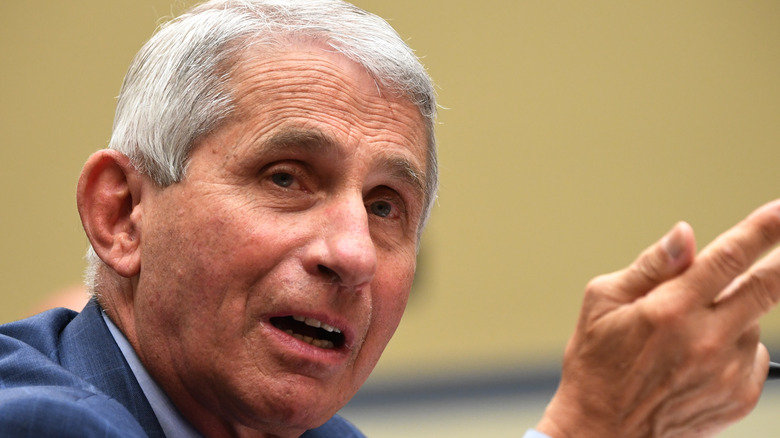 Dr. Anthony Fauci made headlines in early June 2021, when a Freedom of Information Act (FOIA) request was granted to both The Washington Post and BuzzFeed News, allowing the outlets to obtain emails he sent during 2020 while working for the Trump administration. Some emails have been controversial, especially one interpreted by some as Fauci admitting that COVID-19 came from a lab leak in China. In May 2021, the Joe administration asked the U.S. intelligence agencies to deliver a new report on COVID origins, according to CNN.

One email in question was from the Eco Health Alliance, a non-profit organization that helps fund research at labs like the Wuhan Institute of Virology. The Eco Health Alliance thanked Fauci for publicly stating he did not believe that the virus originated from a lab leak (via CNN). The doctor sent an email back simply thanking the sender, according to the BBC. 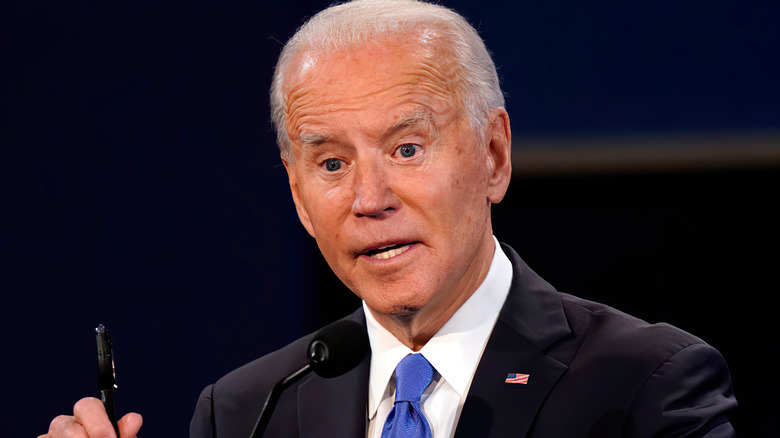 After the emails were released, Dr. Anthony Fauci quickly went on the record. He questioned how that email regarding the Wuhan lab meant he knew more than a year ago that COVID-19 came from there and not a Chinese wet market.

“That’s nonsense. I don’t even see how they get that from that email,” Fauci told CNN. “You can misconstrue it however you want — that email was from a person to me saying ‘thank you’ for whatever it is he thought I said, and I said that I think the most likely origin is a jumping of species. I still do think it is, at the same time as I’m keeping an open mind that it might be a lab leak.”

In light of the thousands of emails BuzzFeed and The Washington Post obtained, reporters asked President Joe Biden for comments on Fauci, who has run the National Institute of Allergy and Infectious Diseases since 1984. The president made it clear his feelings about Fauci haven’t changed.

“I’m very confident in Dr. Fauci,” President Biden said, according to the BBC.

White House Press Secretary Jennifer Psaki put the administration’s support behind Fauci at a press briefing two days after the emails were published. “The president and the administration feel that Dr. Fauci has played an incredible role in getting the pandemic under control, being a voice to the public throughout the course of this pandemic,” Psaki said (via the BBC).

Related posts:
June 4, 2021 Lifestyle Comments Off on Here’s How Joe Biden Really Feels About Dr. Fauci
Celebrity News:
'Heroes': The Original Pilot Was 'Too Controversial' to Air
Kim Kardashians Daughter Chicago Gets Caught Trying To Sneak Off With Mommys Designer Bags
Britney Spears wants freedom: What is conservatorship? Why would someone need a conservator?
Snooki Sounds Off on Angelina Pivarnick & Chris Larangeira: Theyre So Messed Up!
Courteney Cox Struggled With Long-Distance Relationship, Ruled Out Zoom Intimacy
Recent Posts