More than 50 years after his first feature film, John Waters remains one of queer cinema’s most prolific visionaries. The filmmaker blended dark humor and a camp aesthetic to forge a singular, provocative style that, for a generation of moviegoers, defined his hometown of Baltimore.

Two of those amateur films, “Pink Flamingos” and “Female Trouble,” are best known for featuring indelible performances by drag icon Divine. Proclaimed by People as the “drag queen of the century,” the actor was Waters’ longtime muse. Their collaboration hit its creative apex with 1988’s “Hairspray,”  which was well received by critics and became a cult classic.

Catch Matt Baume’s take on John Waters and Divine below.

Divine died of a heart attack just three weeks after the release of “Hairspray,” never witnessing the film’s success firsthand. As Baume explains, however, the actor’s legacy lives on in later iterations of the movie and beyond.

“Hairspray” was reimagined as a Broadway musical in 2002, with Harvey Fierstein starring as Edna Turnblad, the role originated by Divine in the film. The musical was adapted as a 2007 movie with John Travolta as Edna. And in 2016, NBC aired a live staging with Fierstein reprising his Tony-winning Broadway performance.

Divine has also been acknowledged as the inspiration for sea witch Ursula in Disney’s “The Little Mermaid.” The film’s lyricist, Howard Ashman, was a fan of Waters’ films and is said to have suggested Ursula’s Divine-like visage to both studio animators and actor Pat Carroll, who voiced the character. It’s likely Melissa McCarthy will also reference that larger-than-life template when she plays Ursula in Disney’s forthcoming live-action reboot of the animated classic. 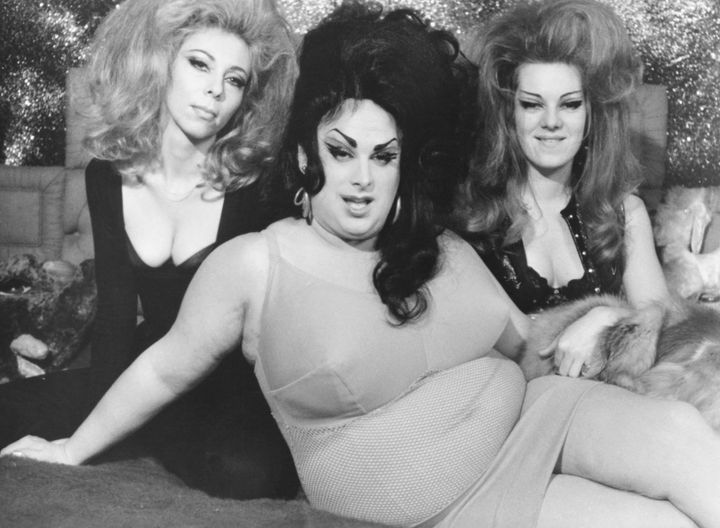 Baume, author of the 2015 book, “Defining Marriage,” said he believes Waters and Divine’s impact on family entertainment ― while seemingly at odds with their subversive legacies ― stems from a shared “vision of a world where honesty is valued above all else.”

“Waters’ films have an unlikely morality hidden beneath all the sex and cannibalism,” Baume said. “The real heroes are the ones who are unashamed to be their true selves. Strange as it seems, the word that I keep coming back to when trying to describe his movies is ‘wholesome.’”

He added: “Who could have guessed that the road to such pleasant entertainment could have originated with a bunch of amateur films that were so trashy, sleazy, and queer that the crew got arrested in the middle of filming one of them?”