Paul McCartney’s handwritten “Hey Jude” lyrics, a baseball autographed by all four Beatles and the first stage the Fab Four performed on are among the items in an upcoming Beatles-themed auction.

The original stage from the Beatles’ first public performance — a May 14th, 1960 gig where the band is billed as “the Silver Beats” — is up for auction with a $10,000-$20,000 estimate. The 19’8″ x 9’10″ spread of wood planks was taken from Liverpool, England’s Lathom Hall, “the scene of the infamous fight involving original bass player Stu Sutcliffe,” according to the auction house. 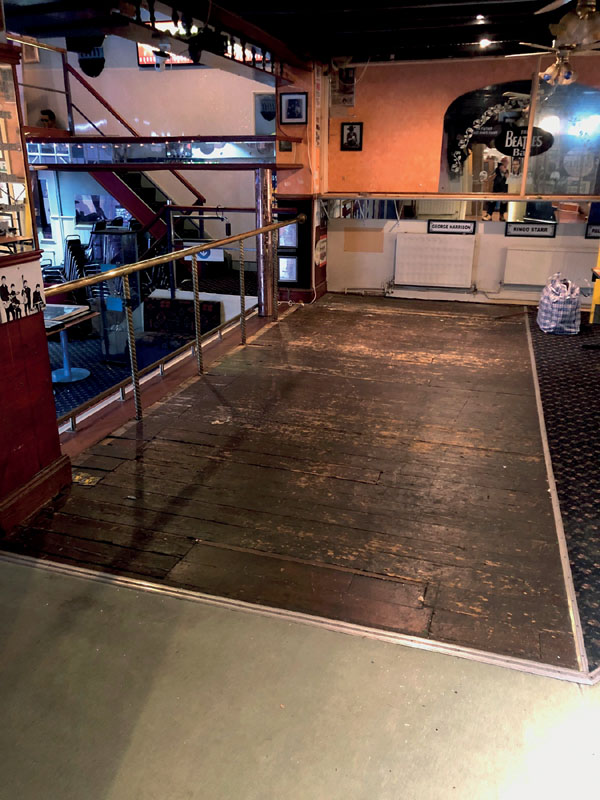 “This stage of the Fab Four’s first performance is not only one of the most extraordinary artifacts ever to come to market from Beatles history, but all of music history,” Julien’s Auctions’ Martin Nolan said in a statement. “We’re thrilled to offer this remarkable and unique piece that set the stage for the auspicious start of the greatest rock ‘n’ roll band of all time as well as these other incredible and significant items that celebrate the magic of Beatlemania.”

Among the other notable items include the lyric sheet McCartney used while recording “Hey Jude” at London’s Trident Studios in 1968; that item has a pre-auction estimate of $160,000 to $180,000. A baseball autographed by all four Beatles following their final U.S. concert at San Francisco’s Candlestick Park is expected to get bids in the $100,000 range.