A STREAKER livened up a baseball rain delay by launching into a hilarious body dive across the Washington Nationals pitch.

The 2019 World Series champions were hosting the Cincinnati Reds on Wednesday when the heavens opened above DC. 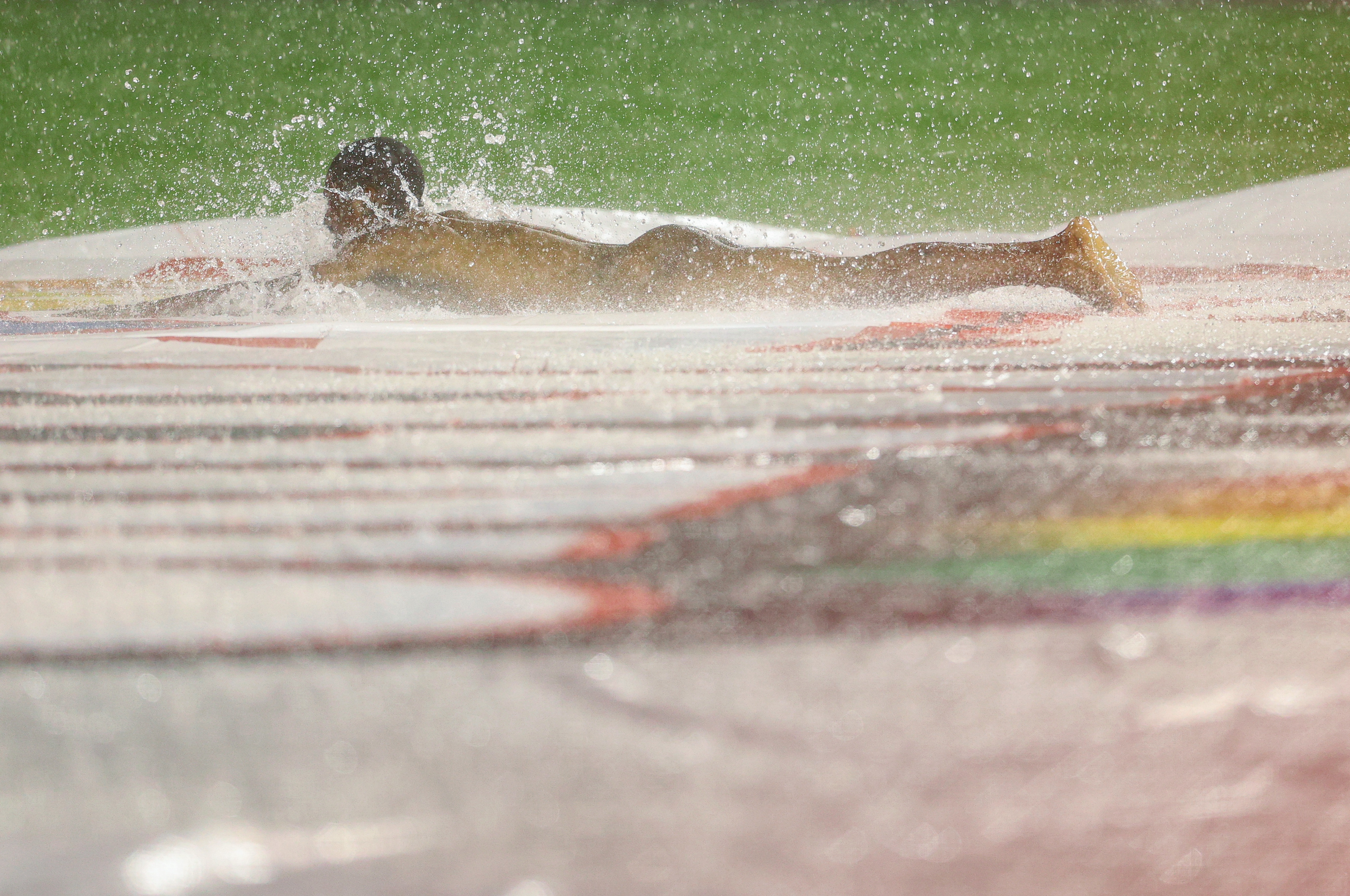 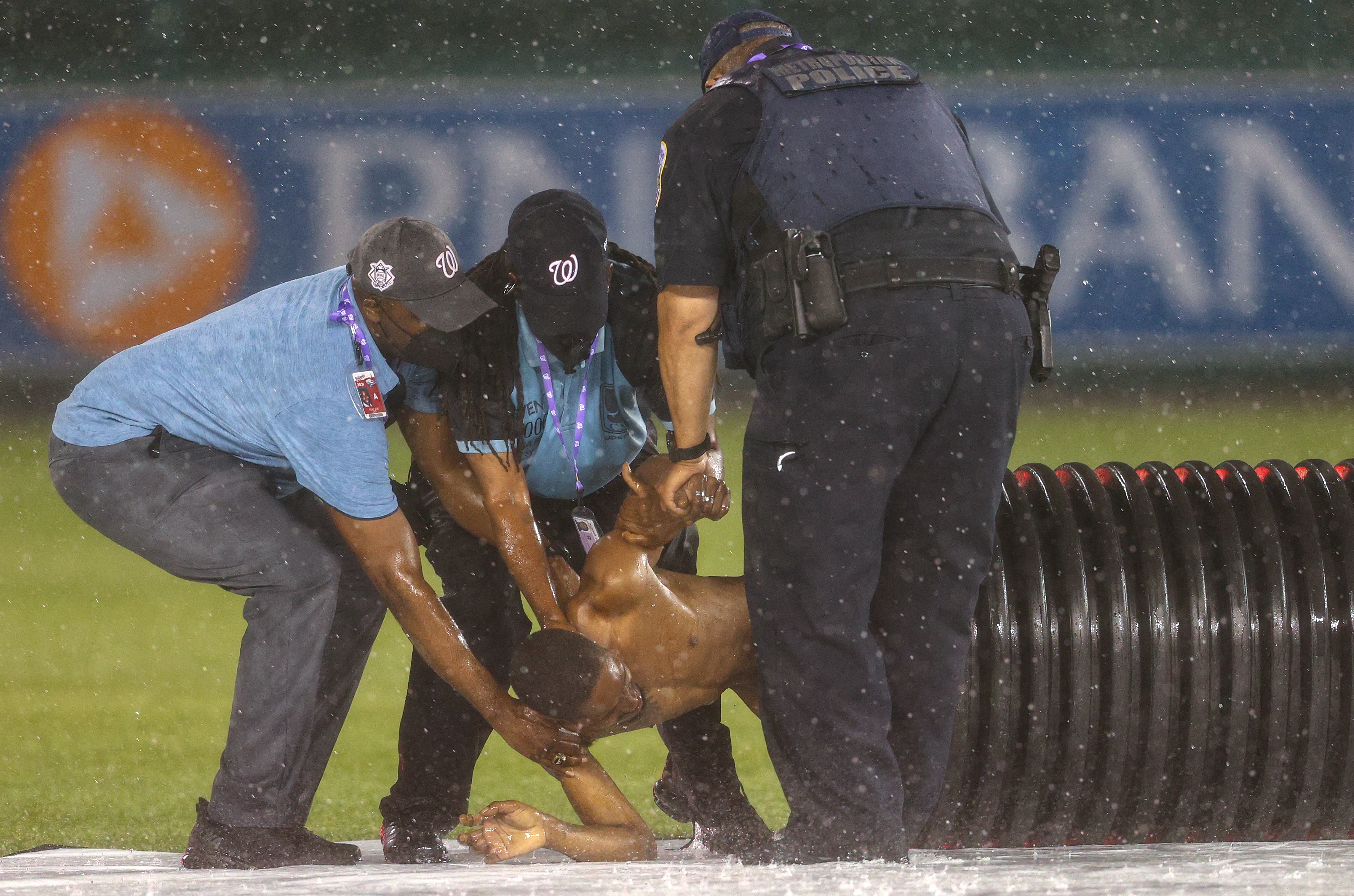 With conditions looking highly unlikely to improve, most fans made their way home.

But one supporter decided to get his money's worth and ran fully naked on to the pitch while downing his pint.

The remaining fans cheered on the man as he slid across the tarpaulin covering the mound, before heading into the wrap's tube.

Security guards wisely covered both ends of the 100-foot cylinder awaiting his exit.

And he was eventually captured to a chorus of boos from his adoring audience.

It was the end of the night's entertainment as the game was officially delayed until the following afternoon due to the inclement weather.

The Nats carried a 3-0 advantage over the Reds before seeing out a 5-3 win on Thursday.

Alas, they dropped the three-game series with a seven-inning defeat later that day and sit bottom of the NL East – albeit only four games back from the first-placed New York Mets. 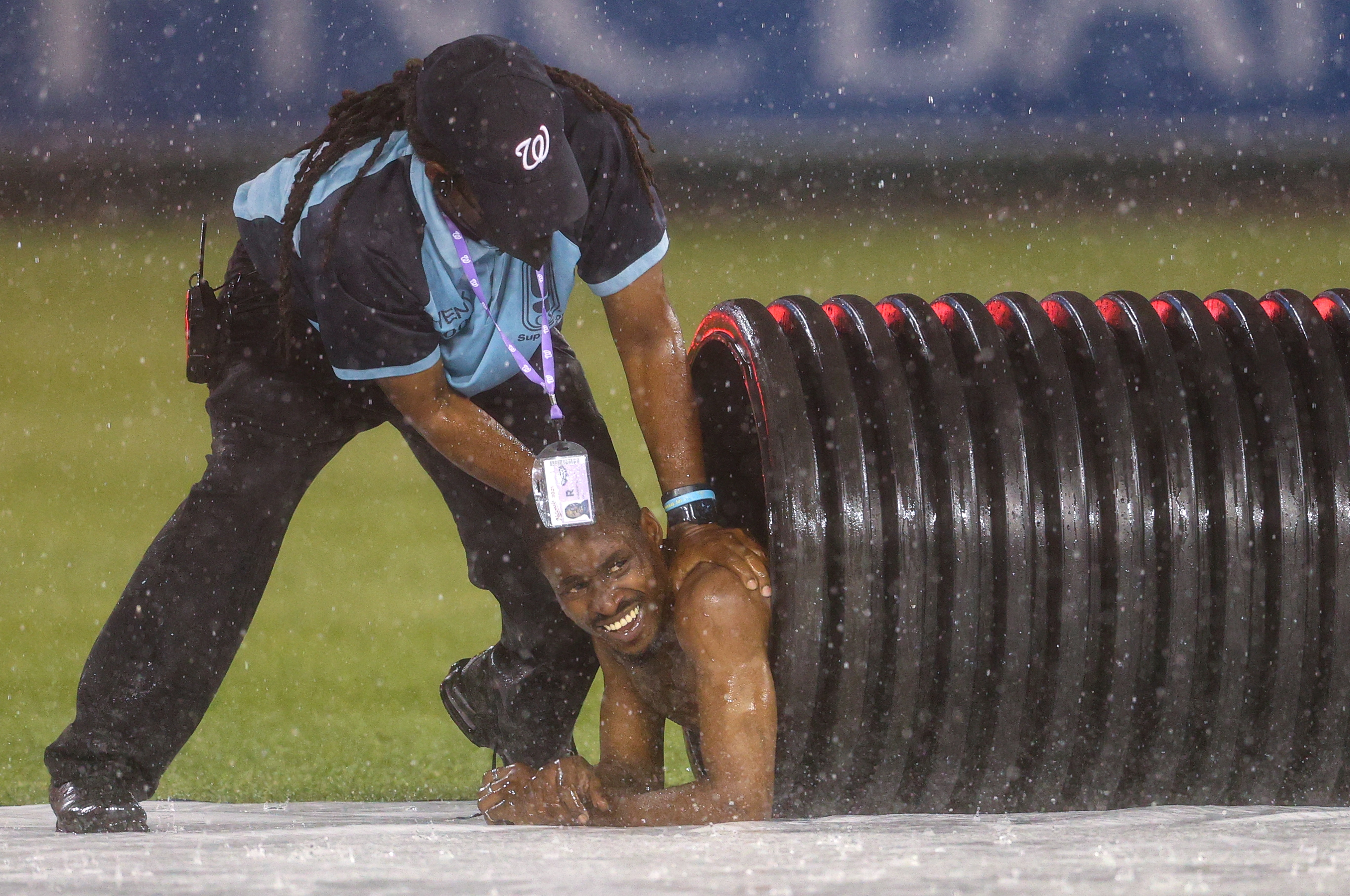 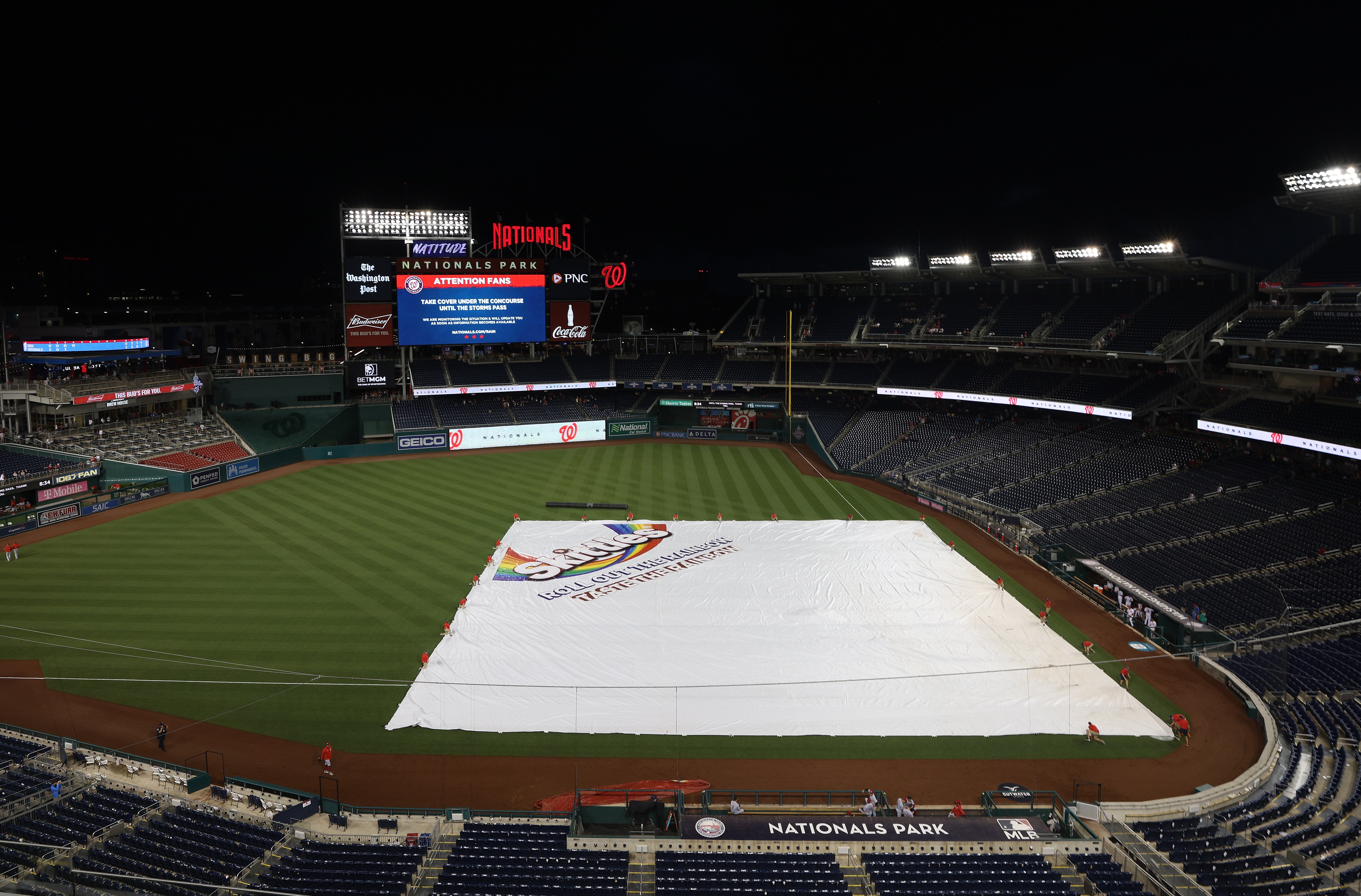 Fans chuckled along at the streaker's antics online when footage emerged, one writing on Twitter: "Greatest night at Nats park since 2019."

And Rob tweeted: "He slid through a tube of baseball equipment and came out clean on the other end."

Related posts:
May 29, 2021 Lifestyle Comments Off on Hilarious moment streaker runs onto MLB pitch and body slides across tarp before being tackled by stadium security
Celebrity News:
'Heroes': The Original Pilot Was 'Too Controversial' to Air
Kim Kardashians Daughter Chicago Gets Caught Trying To Sneak Off With Mommys Designer Bags
Britney Spears wants freedom: What is conservatorship? Why would someone need a conservator?
Snooki Sounds Off on Angelina Pivarnick & Chris Larangeira: Theyre So Messed Up!
Courteney Cox Struggled With Long-Distance Relationship, Ruled Out Zoom Intimacy
Recent Posts