One of Hollywood's most successful independent production companies is coming to Australia in a bid to unearth new talent to satisfy the explosion in demand created by streaming.

Imagine Impact, an offshoot of Ron Howard and Brian Grazer's Imagine Entertainment (winner of 46 Emmys, 10 Golden Globes and 10 Oscars), is launching its "Silicon Valley accelerator approach" to development in Melbourne, the first iteration of the scheme outside the US. 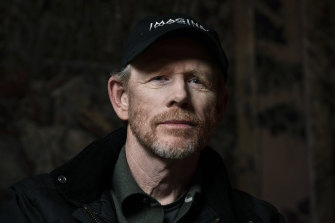 "We're looking to discover creators whose work connects with wide, global audiences – the future George Millers and Rebel Wilsons," says Tyler Mitchell, who founded Impact with Howard and Glazer in 2018.

The program runs as an intensive eight-week workshop in which "creators" (new writers) are paired with "shapers" (established writer-producer-showrunners). It culminates with a pitch day at which at least some of those projects will hopefully find willing buyers.

The scheme has the backing of Screen Australia, but stands in contrast to the usual agency-backed development approach by being so market-focused from the outset. It is being run in collaboration with Gentle Giant Media, the production company of Greg Basser. As former boss of Village Roadshow Entertainment Group, Basser is also very much focused on the commercial viability of screen projects.

The explosion in demand spurred by the rise of streaming is something that new Sydney-based company Wooden Horse hopes to capitalise on, too.

The production house launched by Richard Finlayson, former head of television at the ABC, and Jude Troy, former head of TV production and acquisitions at eOne, claims it is "dedicated to taking premium scripted Australian stories to a global audience". And streaming is a key part of the strategy.

Season two of Stan's The Other Guy was the first show under the Wooden Horse banner (with co-producer Aquarius), and the pair already have another show in development with the local streamer (owned, like this masthead, by Nine). There's a show in development with the ABC too, another with SBS, and a feature film adaptation of Matt The Other Guy Okine's novel Being Black n' Chicken n' Chips. 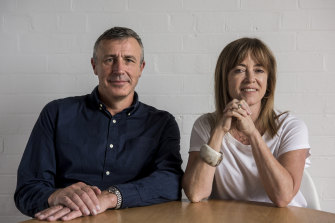 "What we don't have on the slate yet is development with the commercial free-to-air broadcasters," Troy says.

Like Impact, Wooden Horse is putting writers at the centre of its model. "It's a great time for production and there's more demand for great stories than there ever has been. But it's very hard to get great writers, because they’re in high demand," says Finlayson.

Their response to that, as Troy outlines it, sounds a little like an informal version of Impact's model.

"We're very keen to foster emerging talent," she says. "Some of our finest writers are making great inroads internationally, so you want to pair those established writers with emerging writers. We're big believers in collaboration."

Wooden Horse is looking to leverage off the relationships built by its founders in their prior roles to partner with international producers and broadcasters.

"There's a move – from both platforms and audiences – to premium drama, and that obviously comes at a certain budget point," says Finlayson. "And to make those budgets happen, you typically need an international partner."

But aiming global needn't come at the cost of local voice, insists Troy.

"I don't think we need to try to make an American-style series or try to be something we're not," she says, citing SBS's The Hunting as a prime example of a show that bridges the gap perfectly. "It is a story told very much in Australian voices, but thematically it's something that is affecting parents and teenagers the world over."

Mitchell agrees. Streaming has made the world more open to stories from, well, the world.

"Audiences are becoming more and more fractured, but in a positive way," he says. "Local-for-global is becoming much more popular."

It has never mattered less, he believes, where a story comes from or in what language or accent it is told.

"Despite the language, or the setting, or the city or the country, if there are human elements at stake – whether it's love or loss, being scared or jeopardy – those emotions unite us all."