A body language expert has revealed something shocking about the pair’s relationship. She claims may well have ben an inspiration in Kate Middleton and Prince William’s marriage.

Sophie Countess of Wessex is notably the only first spouse of the Queen’s children to remain married.

So, Sophie appears to be in a good position to give advice to the Duchess of Cambridge.

Judi said: “Windsor men make notoriously difficult husbands but Sophie must have been like a walking template for Kate on how to make a marriage work and how to be nearly pitch perfect at a royal role while also gaining the trust and approval of The Queen.” 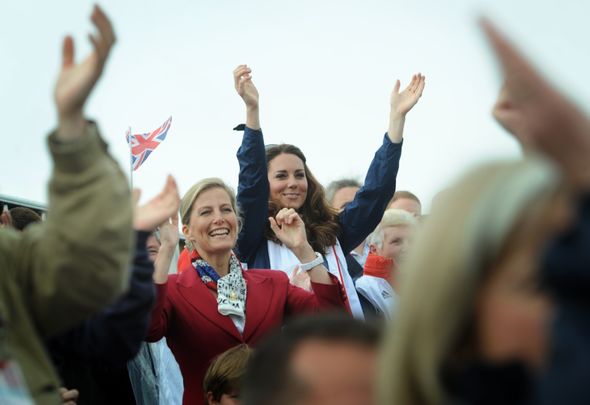 Judi revealed the “signs of mutual respect” the pair share.

She said: “There are signs of mutual respect between the two women: Kate for Sophie’s unique role in the previous generation of the royal firm and Sophie for Kate’s rank as future queen.

“Although we normally only seem to see these two royal wives together at more formal events, the body language signals between them show high levels of mirroring and focus on one another that hint that Sophie might have dropped gently and discreetly into place as the royal mother-in-law that Kate never had.”

The expert says the signs of friendship between the pair appear to be genuine, as subtle sign show.

She said: “The crinkling around the sides of Kate’s mouth, chin and cheeks here suggest she’s suppressing a laugh on this rather solemn occasion.

“Sophie’s smile also sooks suppressed here, with similar crinkling – plus the way that she’s pulling the corners of her lips down as her mouth opens.

“These signals of mirrored suppressed smiling rather than wide social grins that might be just for show suggest ties of friendship between Sophie and Kate.” 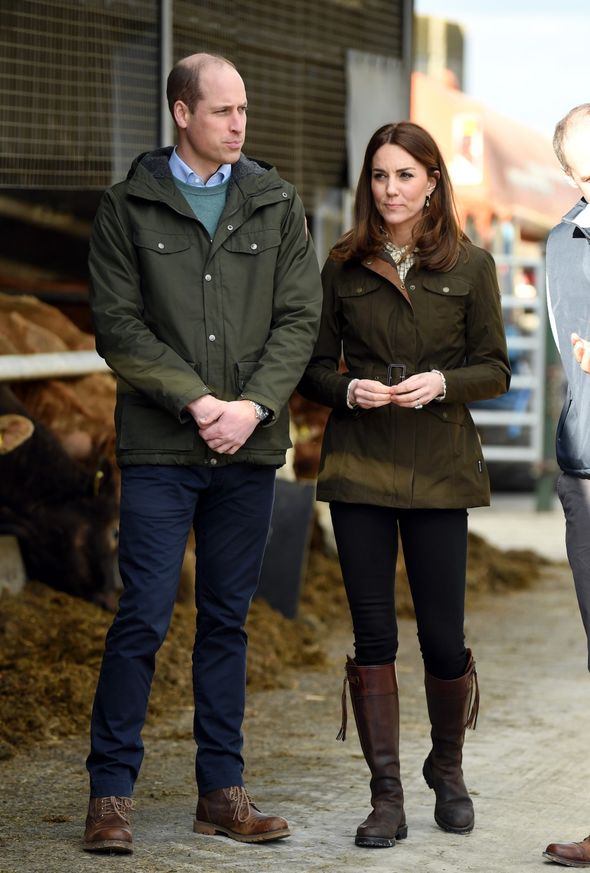 Judi also claimed that Sophie and Kate are “delighted to be in one another’s company” amid claims they will be working together more in the future.

After Meghan Markle and Prince Harry left the Royal Family, a hole was left in the royal rota.

Many experts have now claimed Sophie and Prince Edward will be filling in the gap left by the pair, who have moved to LA.

For International Nurses Day Kate joined forces with Sophie, Countess of Wessex to speak to nurses. 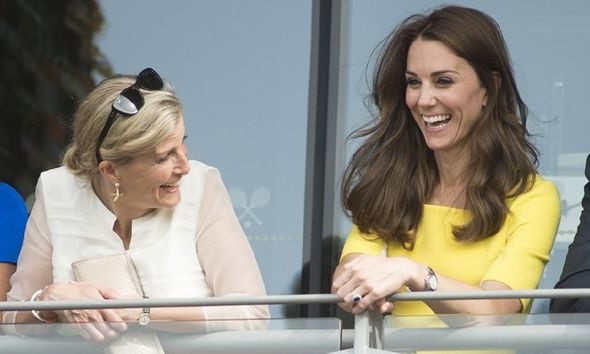 A source told the Mirror: “There is going to be a lot more interaction between the family members while the crisis is ongoing.

Now it has been revealed that any future for this new “Fab Four” could be bright, as it is claimed Kate and Sophie get along well together.

Judi said: “They do look delighted to be in one another’s company when their paths do cross in the line of duty.

How did Kate Middleton become a royal?

Kate Middleton, or Catherine, Duchess of Cambridge, was born on 9 January 1982 at the Royal Berkshire Hospital, Reading, England.

She was born to Michael and Carole Middleton, a former flight dispatcher and air hostess. The couple founded a party supplies company, Party Pieces, in 1987 – now estimated to be worth £30 million.

Kate has a younger sister Pippa Matthews, 34, and a younger brother James Middleton, 31.

Kate and her family moved to Amman, Jordan, in 1984, where the future Duchess was educated at an English-speaking nursery school.

After moving back to Berkshire the family sent Kate to private school, St Andrews School. She went on to briefly study at Downe House before moving onto Marlborough College where she boarded.

For university the young Kate attended the University of St Andrews in Fife, Scotland. Here she was awarded an undergraduate MA (2:1 Hons) in history of art.

Kate met Prince William when they were both studying at St Andrews, and both living in St Salvator’s Hall. Famously, William reportedly took a fancy to Kate after she wore a see-through dress during a fashion show.

In 2003 the couple began dating and lived together during their second year of university.

The couple split in April 2007, however, in October they were back together.

Prince William proposed to Kate Middleton with his late mother Princess Diana’s engagement ring in October 2010. The couple were holidaying in Kenya at the time.

On 29 April 2011 they married at Westminster Abbey with a whopping 26 million watching the event live.

Kate wore an Alexander McQueen dress worth a reported £250,000 on the big day.

Related posts:
May 24, 2020 Lifestyle Comments Off on How Sophie Wessex showed Kate ‘how to make her marriage to Prince William work’
Celebrity News:
Brian Austin Green Addresses Hot Tub Video With Courtney Stodden AND His Date With Tina Louise!
Yoko Ono Is Wheelchair-Bound – 'I’ve Learned So Much From Having This Illness'
'Vanderpump Rules' Star James Kennedy Marks 1 'Beautiful' Year of Sobriety
Holly Willoughby addresses ’emotional’ moment with family during pub visit ‘I welled up’
Terry Crews Says He’s ‘Human Rights Activist’, Not ‘Human Wrongs Activist’
Recent Posts
This website uses cookies to improve your user experience and to provide you with advertisements that are relevant to your interests. By continuing to browse the site you are agreeing to our use of cookies.Ok