At one point, Ivors Involvement was 125-1, but her partner’s each-way plunge, sent it crashing. 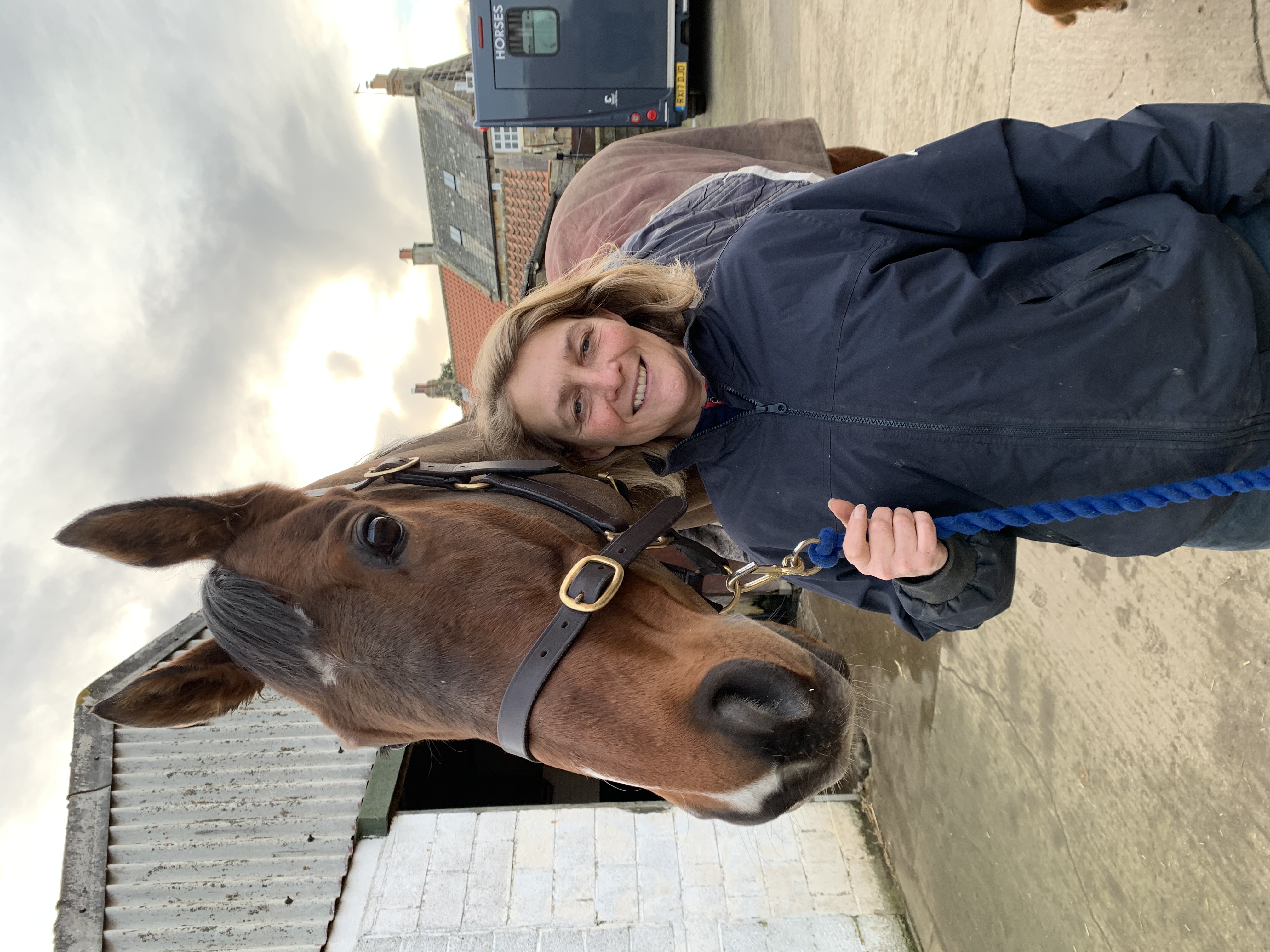 He smilingly declined to disclose his stake, but Tina believes it might have been £50 win, £50 place, netting him well over £5,000.

At her Liverton stable, near Redcar, she said: “He won’t tell me how much he won, but whatever it was, I’m expecting a nice Christmas present.”

To pull off a 100-1 bombshell, requires immense skill, patience, and strategy.

Just nine days earlier, the eight-year-old gelding had raced on the Flat, finishing sixth of nine runners at Redcar, beaten eight lengths, at 40-1.

Indeed, this Sedgefield run was his first over hurdles for more than two years, since coming home fifth of nine over the same course in April, 2018.

However, Tina, 53, knew that hurdling was his true strength, and he was schooled over them every day to keep him sharp, as she patiently prepared him for the big moment.

She says: “He’s a good, clean jumper, but I needed to be careful with him. I didn’t want him injured to upset what we were doing. I wanted to have him absolutely right on the day.”

Tina, who trains 20 horses, with room for more, selected a race for ‘conditional’ (apprentice) riders, and called up young Stephen Mulqueen to complete the job.

It was a handicap race, over 2m 1f, and a detailed report said: “Held up in midfield. Headway, and tracked leaders three out. Led two out. Went clear last, and kept on. Comfortably by 8 lengths”.

And Tina’s smart plan is still not over, as she deliberately chose a ‘conditional jockeys’ contest at Sedgefield, where her winner was not penalized for its next race at Market Rasen on Thursday.