How doing TOO MUCH exercise during lockdown could be harmful to your health – from damaging your immune system to picking up injuries, experts claim

With gyms closed and Britons limited to one session of outdoor exercise per day, a growing number have taken up running and cycling as well as home workouts to keep fit during lockdown.

In addition to improving our mood, regular physical activity can provide a timely boost to the body’s ability to fight viruses and infections.

But experts are warning against overdoing it on the exercise front, as you could leave yourself open to injury and hamper your immune system.

Dr Matthew Jackson, a lecturer in Sport and Health Science at Liverpool Hope University, argued anyone taking up sports like running for the first time, or after a long break, need to be mindful about painful injuries. 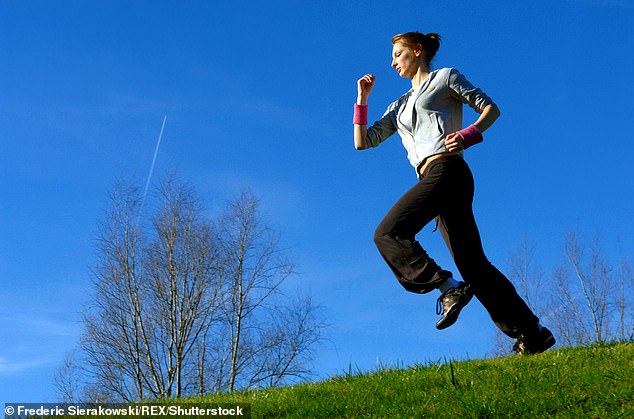 With gyms closed and Britons limited to one session of outdoor exercise per day, a growing number have taken up running and cycling to keep fit during lockdown. Pictured: stock image

While encouraging people to stay active and healthy during the social shut-down, he also advised enthusiasts not to go hell for leather with their training as that stress potentially leaves the body open to invasive pathogens.

Dr Jackson told FEMAIL: ‘We don’t want to tell people not to exercise during this crisis – it’s really important that you do.

‘But if you’re finding yourself doing more of it because you’ve got more time on your hands, you just need to be mindful about not doing too much.

‘For the majority of people, doing regular exercise is actually a really good way to improve immune function, providing a defence against viruses.

‘But you do need to be careful that you don’t go into that over-training category where you might compromise your immunity.

‘The science behind exercise and immunity involves the complex interaction of a number of different cells, including immunoglobulins, also known as antibodies, which can help identify an infection-causing pathogen like a virus, alongside other more specific cells known as white blood cells or lymphocytes, which engulf and destroy the foreign cells in the body. 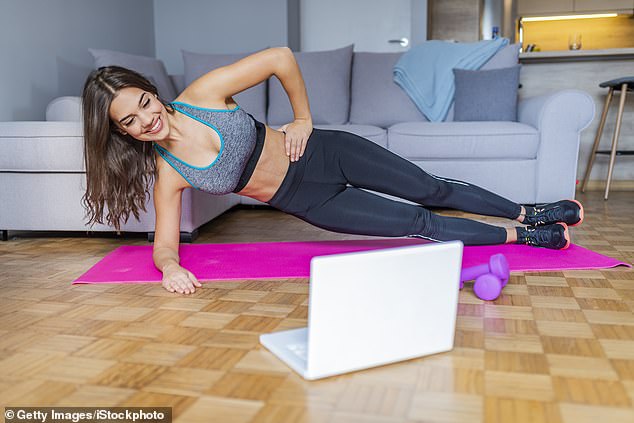 While encouraging people to stay active and healthy during the social shut-down, Dr Jackson also advised enthusiasts not to go hell for leather with their training as that stress potentially leaves the body open to invasive pathogens. Pictured: stock image

‘Your expression of these cells – produced in the bone marrow – is improved through exercise. It’s essentially like a muscle – the more you work it the more efficient it becomes.

‘But prolonged bouts of vigorous aerobic activity could actually lead to immunosuppression, as these cells are redistributed and diverted to key tissues and organs active during exercise, rather than elsewhere in the body.’

Government advice stipulates that members of the public can leave their homes for ‘one form of exercise a day’.

It puts no time limit on the span of your exercise, but states that those undertaking outdoor exercise must ‘minimise the time you are out of your home’.

Guidance suggests a ‘run, walk, or cycle’, and whatever you do, you should remain at least 2 metres apart from anyone who is not a member of your household.

It also urges people to stay local and use open spaces near to your home where possible.

Dr Jackson pointed to recent research which showed levels of different immunoglobulins and lymphocytes were found to be lower after vigorous exercise.

‘In the current climate of coronavirus, you shouldn’t really be going over an hour’s exercise per session,’ he said.

‘Stay active to maintain your fitness but don’t risk going beyond that and compromising your immune system – at the same time as potentially coming into contact with more people who may be carrying the disease.’

When it comes to injury prevention, Dr Jackson said rest days are crucial.

‘You might think, “Right, I’ve got an hour each day, I need to make the most of it with a hard workout.” But there’s a danger of over-training.

‘If you’re just starting out running for example, stick to three times a week, with sessions of 30-45 minutes at first, and go from there.

‘Low-level activity like walking can be done more frequently, five or six days a week – but again be sure to factor in at least one full rest day.’ 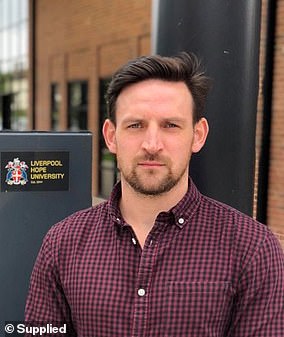 Dr Jackson said: ‘There’s a well established general rule that you shouldn’t increase your training load by more than 10 per cent each week. That could be in terms of miles run, or the number of minutes spent doing something. And by going above that 10 per cent, you increase the likelihood of becoming injured.

‘If it’s a new routine you’re getting into, start with two or three sessions per week and make sure you stick with the 10 percent rule.’

Always bear in mind the interplay between frequency, intensity, time spent and type of exercise. Dr Jackson explained: ‘You want all of these elements in a training programme to try and get fitter and develop. But you only want to work on those elements one at a time.

‘If you’re starting a new regime, you might want to do an extra session one week, but don’t make that session harder as well. You might want to have the same amount of sessions per week, but on one of those sessions you could go a little bit harder. And remember that 80-90 per cent of the exercise you’re doing should be moderate, as opposed to high intensity.’

The most common sorts of injuries you might pick up are muscular stains, joint issues and tendonitis – which is a painful inflammation of a tendon usually triggered by overuse.

Dr Jackson revealed: ‘People pick up tendonitis quite regularly when they’ve increased their training. And it can be pretty debilitating, sometimes even needing surgery to remove the damaged tissue.

‘Look out for pain around the knee, hips, elbows, ankles and shoulder in particular. So if you’re thinking about going running every day, you need to be sensible.’

Dr Jackson warned: ‘If you’re throwing yourself into a new running regime, beware issues with the achilles tendon and also plantar fasciitis, a searing pain on the underside of the foot and which often rears its head when people start doing more walking or running, when they start exercising on hard surfaces for the first time, or if they wear shoes without proper support.’

Moderating your exercise regime could also ward off Iliotibial band syndrome, or ITBS. Dr Jackson says: ‘This is really common among runners starting a new routine. There’s a long tendon that stretches from the outside of the hip all the way down to the outside of the knee.

‘If you strain it, pain will be concentrated around the outside edge of the knee, where the tendon is rubbing over the bone. That’s usually down to a weakness in the glute muscles. So it’s prevalent among people who might typically spend a lot of time sitting down.

‘The glute muscles – the hip extensor and hip abductor – can experience atrophy. And if they’re weaker, you’re more likely to pick up ITBS. People simply aren’t aware of the atrophy until they start to exercise properly.’

Remember that DIY is exercise, too

Dr Jackson said: ‘If you’ve thrown yourself into a DIY project, you need to be careful about repetitive strain injuries, too! You might spend the whole weekend decorating, and then find yourself with tennis elbow a few days later.

‘It’s usually down to an imbalance of the flexor and extensor muscles, which work in pairs. If you do a particularly repetitive activity where you’re just using the one set of muscles, you’re pulling the tendon over those bones and it’s rubbing all the time. That’s what causes the inflammation – and it can be really painful.’

‘You’re not immune to injury if you’re doing home workouts in front of a screen either – as squats performed with inadequate technique can cause lower back or knee pain,’ Dr Jackson pointed out.

‘Again, it’s about moderation, if you are new to exercise, I’d be wary of doing a home workout every day. By including sufficient rest, you are more likely to make consistent progress and achieve your long term goals.’

Related posts:
April 15, 2020 Lifestyle Comments Off on How TOO MUCH exercise during lockdown could be harmful to your health
Celebrity News:
Are Princess Beatrices recent events a way to distance herself from her father?
Hoda Kotbs absence from Today explained by Savannah Guthrie as well-known subs step in
The Chicks Postpone Shows As Natalie Maines Placed On Vocal Rest
Kim Kardashian Mocked Over Uncomfortable Office Chairs
Gloria Hunniford rushed to hospital after terrifying fall breaks her eye socket
Recent Posts