Galway are warming up nicely for the summer following a 4-28 to 3-23 win over Waterford at Pearse Stadium on Sunday.

Bar the Antrim-Wexford draw, there were significantly high scoring tallies in each of the top-tier matches this past weekend.

But no team totalled as impressive a haul as Galway’s 4-28. Given that 4-23 came from play, Shane O’Neill will be thrilled his attack is firing on all cylinders.

Joe Canning struck for 1-3, while also cutting over a side-line. Conor Whelan contributed six points, while Brian Concannon chipped in with 2-2.

The bench made a real impact, with Evan Niland hitting four points from play.

O’Neill flagged 3-23 as being a worrying total to concede, but he will know the Tribesmen can add solidity in the coming weeks as five-time All-Star Daithí Burke gets more game-time under his belt.

After falling to Kilkenny and Limerick in the 2020 championship, the Westerners are building nicely ahead of the summer. The last weekend without fans

The only top tier hurling clash played out in front of a live crowd was Wexford’s trip to Belfast on Saturday. The 500 at Corrigan Park made a significant difference, with a real atmosphere driving the nail-biting contest.

From Monday June 7, up to 200 fans will be allowed to attend intercounty matches south of the border, with test events trialling bigger numbers across the coming weeks.

Granted, 200 supporters in grounds that can host over 5,000 remains relatively small. But the eerie silence at venues over the past 12 months has been a negative aspect of intercounty action.

In the coming weeks, hopefully more fans can be safely accommodated to allow greater numbers to watch matches in stadia. Clare hoping to now concentrate on the hurling

It was a tumultuous few weeks for Clare hurling. After off-season focus on the county board, a row with Wexford GAA then erupted off the back of Covid-19 contact-tracing.

Add in a shock loss to Antrim and a home defeat to the Model County, and there was intense pressure on Brian Lohan.

The Banner boss will have been thrilled to see Saturday’s win unfold with little drama. Not only that, but Tony Kelly was at his brilliant best, Colm Galvin returned to the starting team for the first time in two years, and they amassed 0-34.

Lohan was extremely vocal in recent weeks over the Covid-19 debacle, but trotted out what appeared to be a rehearsed answer when quizzed about the episode on Saturday:

“From our perspective, we had two guys identified as close contacts. Both of them tested negative the first time. They served their 10 days isolation, they were tested a second time and tested negative as well. So they’re back in the squad and back working hard.”

Clare are back to winning ways, and can concentrate on their preparations for a Munster Championship first-round tie with Waterford. 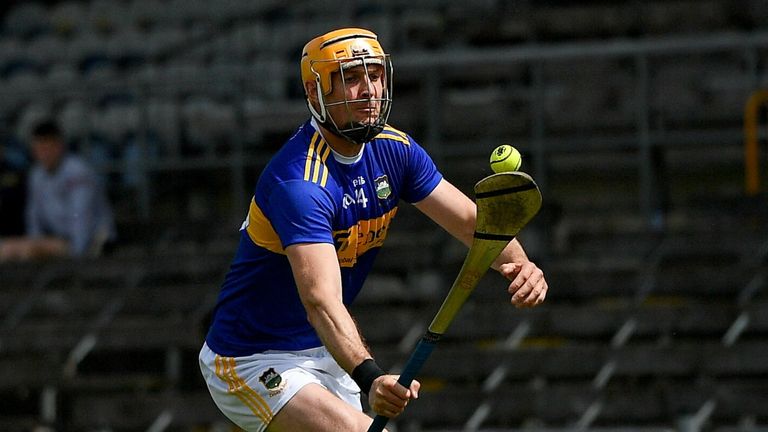 Only top honours in Division 1A left to decide

The penultimate weekend of the 2021 Allianz Hurling League left most of the business in the top-tier completed with one round of games left to play.

Kilkenny will finish top of the 1B table. Laois and Westmeath will contest the relegation play-off, with Offaly set to replace the loser in Division 1 next year.

The one outstanding issue remains the top team in Division 1A. Tipperary, Galway and Cork remain in the hunt.

A Premier win over Waterford next week would guarantee them top spot. A draw would also be enough, if the Rebels and Tribesmen also finish level.

Should Tipp fail to beat the Déise, the winner of Cork-Galway would leap-frog Liam Sheedy’s charges in the table.

Joint champions will be declared for 2021’s competition, unless Kilkenny meet the Division 1A winners in the championship. In such an instance, that clash would double up as the National League final.

Antrim will fancy their chances against Dublin

With their dramatic draw with Wexford on Saturday, Antrim proved their opening-round victory over Clare was by no means an early-season anomaly.

Darren Gleeson’s charges look at home in the top tier, sealing their Division 1 survival for 2022.

Ahead of their final game against Laois, a top-three finish in Division 1A is a real possibility.

But focus now turns to the Leinster Championship showdown with Dublin on June 26. The Saffrons have acquitted themselves just as well if not better that Dublin against Clare and Kilkenny in this campaign, and will fancy their chances at Páirc Tailteann.

On the evidence available so far this year, is no reason why the Ulster outfit cannot believe they could set up a Leinster semi-final with Galway. Offaly back on the rise, but work still to do

Michael Fennelly’s charges have achieved their first objective for the year, and they will be back in the top flight of the National League for 2022.

However, the Faithful County have significantly more work to do if they are to return to the top tier of the championship.

Despite beating Meath, Kerry, Carlow and Down by a combined 66 points in recent weeks, Offaly will operate in a lower championship tier than those four counties this summer. 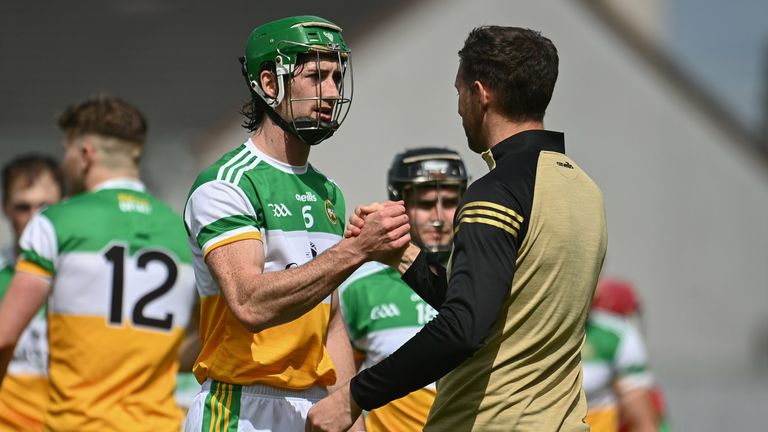 Their penalty shootout loss to the Mourne County last year means the Leinster side remain in the Christy Ring Cup. On current form, they are hot favourites to win promotion to the Joe McDonagh.

Kilkenny great Fennelly has seemingly got a kick from hurling’s sleeping giants, and Offaly hurling is back on an upward trajectory.

Related posts:
June 7, 2021 Lifestyle Comments Off on Hurling talking points: Galway firepower, last weekend without fans, Offaly back in the big time
Celebrity News:
Zach and Tori Roloff: When Might They Leave Little People, Big World?
Princess Charlene will not return to Monaco for her tenth wedding anniversary
'Heroes': The Original Pilot Was 'Too Controversial' to Air
Kim Kardashians Daughter Chicago Gets Caught Trying To Sneak Off With Mommys Designer Bags
Britney Spears wants freedom: What is conservatorship? Why would someone need a conservator?
Recent Posts