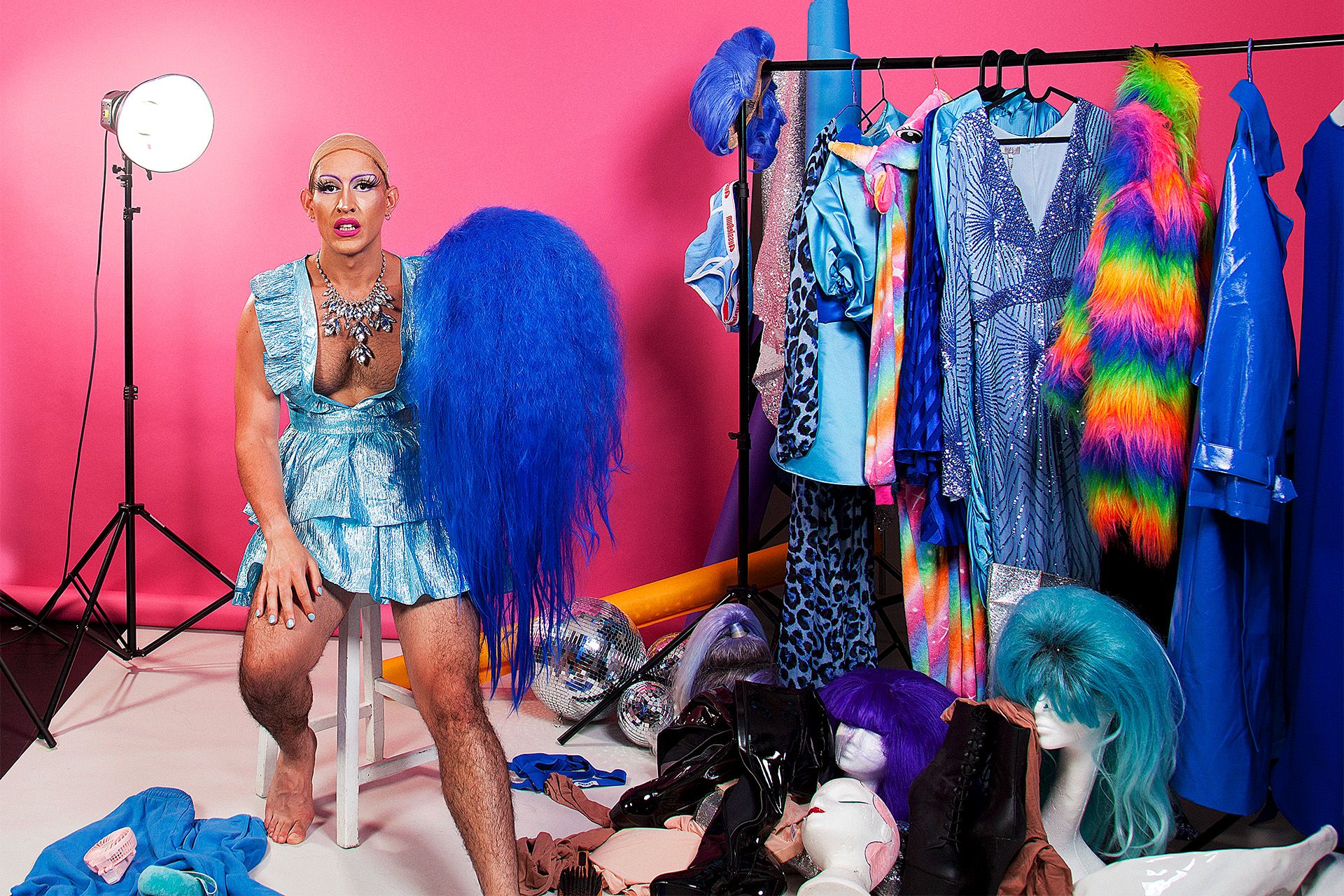 Looking through the comments under my promoted Facebook post, among a sea of hate, this reply in particular stood out.

To have a complete stranger on the internet dismiss me with this cold and aggressive word felt bleak.

It was a reminder of how difficult it is to be a minority on social media; when you try to interact with the world in a meaningful way, it replies by punching you in the gut.

In the process of promoting the play, we’ve used paid social media advertising – and in a case of life imitating art, I have found myself, like Becky, receiving vile trolling.

The ‘abomination’ comment has been accompanied by hate speech and a man posting a meme in response to my post, which featured a literal pile of poo with the text reading, ‘You paid Facebook to s**t on my timeline. So I’m returning the favour.’

Of course, I knew that there would be some negativity as soon as we paid for social media advertising; I was aware that taking LGBT work to the wider world would see a backlash from angry small-minded people who feel it’s their right to attack people online simply for not being like them.

Still, I was shocked and disheartened to read such hate, especially as this was a play I’d worked so hard on for almost two years, alongside the show’s co-creator and my dear friend Tom Ratcliffe.

I could have reported it – but I’ve learned the hard way that unless the comment is a threat, it’s unlikely action will be taken – or ignored it.

But I’m a drag queen, not Michelle Obama, so I had no qualms about responding to the s****y meme with ‘Thanks for the fertiliser, Alan!’

It was important to me that I responded. I wanted to look them in the (digital) eye and remind them that I’m an actual human being. People almost always find it much easier to insult others over social media than to their face.

I think that people who troll others online have lost touch with the fact that we are real people reading their remarks – responding to their hateful comments makes it harder for them to hide behind a faceless social profile.

I wanted to make sure that these bullies knew that I wasn’t scared of them, because if they think they’ve frightened me or others, then in their mind they’ve won and will be encouraged to keep coming back to cause more hurt.

For me, there is no better way to respond than through humour.

Though my reply was light-hearted, comments like these are hurtful and stressful. Queer people, gender non-conforming people, drag queens – we are too often the target of abuse, both in real life and online.

I often wonder if these people would feel half as comfortable insulting me to my face as they do spreading their venom online. As we become increasingly connected through online channels, it becomes all the more clear that in many ways we are disconnecting from each other, and more distressingly, from our own humanity.

But it isn’t all bad. Social media can provide a vital life-raft for marginalised communities, particularly young LGBTQ+ people.

Although I’ve been hit with the occasional nasty comment in the past, The Almighty Algorithm that we grumble about so often has done its job in the sense that it has turned my social media networks into mostly safe, supportive places for me to connect and express myself.

Through the lockdowns, these virtual interactions were all a lot of us had to feel connected to our communities. They serve an important function as a sort of personalised, digital town square full of your people.

In an attempt to advertise the show beyond this organic network and get more bums on seats, we made the decision to pay to promote one of our posts, which we now know burst my bubble of safety and unwittingly made me vulnerable to a slew of trolling.

More bafflingly, people felt the need to tell us that they wouldn’t be attending, that they’d be giving the show ‘a wide berth,’ to which I sarcastically responded that they would be sorely missed.

I struggle to make sense of these comments. I was taught growing up, ‘If you have nothing nice to say, don’t say anything at all’ so why these people would take time out of their day to spread such negativity is beyond me.

Thankfully, I have also received a huge amount of love on my posts – people commented in very positive ways and the ads did what they were designed to do: to help people find us and purchase tickets to our show.

However, this isn’t possible without a trade-off, because if you stick your head above the parapet as a minority and tell people about your work, then there are seemingly always angry hateful people ready to direct their negativity towards you.

It’s absolutely unacceptable. But the more I think about it, I actually start to feel kind of bad for them. Imagine having such an empty life devoid of passions, hobbies, relationships and other sources of positivity that this is what you choose to do with your time and energy.

Fame Whore plays at the Kings Head until the 29th October