The Royal Australian College of Physicians says the age of criminal responsibility must be raised to 14 years to end the jailing of mostly Indigenous primary-aged children, warning incarceration is harming their mental health.

The college is part of a Close the Gap campaign, which will release a report on Thursday calling for urgent investment in community-led Aboriginal and Torres Strait Islander health services. 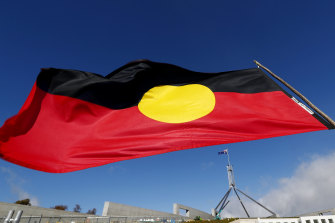 Doctors are pushing for the age of responsibility to be raised to 14.Credit:Alex Ellinghausen

Professor Ngiare Brown, a Yuin nation woman and National Mental Health Commissioner, said about 600 children under the age of 14 were jailed every year despite “substantial evidence showing the detrimental and long-term effects” on physical and mental health.

“The fact that Indigenous children account for sixty-five per cent of youth incarcerations is a harrowing statistic,” Professor Brown, who chairs the RACP’s Aboriginal and Torres Strait Islander Health Committee, said.

“The human impact of this is unfathomable.”

RACP President Professor John Wilson called on governments to follow the recommendations of the 2021 Close the Gap report to take a preventative and rehabilitative approach.

“We are calling for all Australian states and territories to address the incarceration of Indigenous children and raise the age of criminal responsibility to 14 years in line with the best health evidence,” Professor Wilson said.

Cheryl Axleby, a Narungga woman and co-chair of Change the Record, said governments “will continue to fail to Close The Gap so long as they lock our children away behind bars and take away their futures”.

Under the new National Agreement on Closing the Gap announced last year, governments across Australia have committed to reducing the incarceration rate of Indigenous 10 to 17-year-olds by 30 per cent in the next decade.

The federal government does not support raising the age of responsibility from 10 to 14 and the opposition is taking a cautious approach to the issue close to an election, fearing a law-and-order scare campaign.

Only the ACT has announced plans to raise the age to 14, moving alone after other states and territories failed to agree on a national approach, despite a meeting of attorneys-general in November issuing a statement suggesting states would work towards raising the age to 12.

NSW Attorney-General Mark Speakman on Wednesday told a budget estimates hearing no decision had been made on whether the state would raise the age.

A Queensland parliamentary committee on Tuesday rejected a Greens bill that would raise the age of criminal responsibility to 14.

Phil Thompson, Liberal National MP for the key federal seat of Herbert in far-north Queensland, on Monday told Sky’s Chris Kenny there was a “crime crisis” in Townsville where locals were “living in fear” amid burglaries and car thefts.

“We’ve heard just recently that federal Labor have come out in support of raising the age of criminal responsibility,” Mr Thompson said.

“We need to have strong laws that protect people. The state government and every government needs to meet the community expectation … get these young criminals off the street, punish the bad behaviour.”

The opposition has not promised to support raising the age to 14, but shadow attorney-general Mark Dreyfus said it was “a sad fact that a significant number of children held in detention are Indigenous” and a Labor federal government would spend $79 million on justice reinvestment.

“Criminal law is primarily a matter for the states, although Labor believes the Commonwealth can and should take a leadership role to achieve a national, uniform age of criminal responsibility,” Mr Dreyfus said.

A spokeswoman for Indigenous Australians Minister Ken Wyatt said all levels of government could “contribute to Closing the Gap by working together to recognise and address the factors behind the health gap” and the federal government had committed more than $1.1 billion to Aboriginal and Torres Strait Islander health.