JAMES MILNER pulled off an unbelievable goal-line clearance in the second half of Liverpool's 2-1 win over Bournemouth at Anfield.

The 34-year-old former England star was filling in for Andy Robertson at left-back and put in a man of the match performance in place of the Scot. 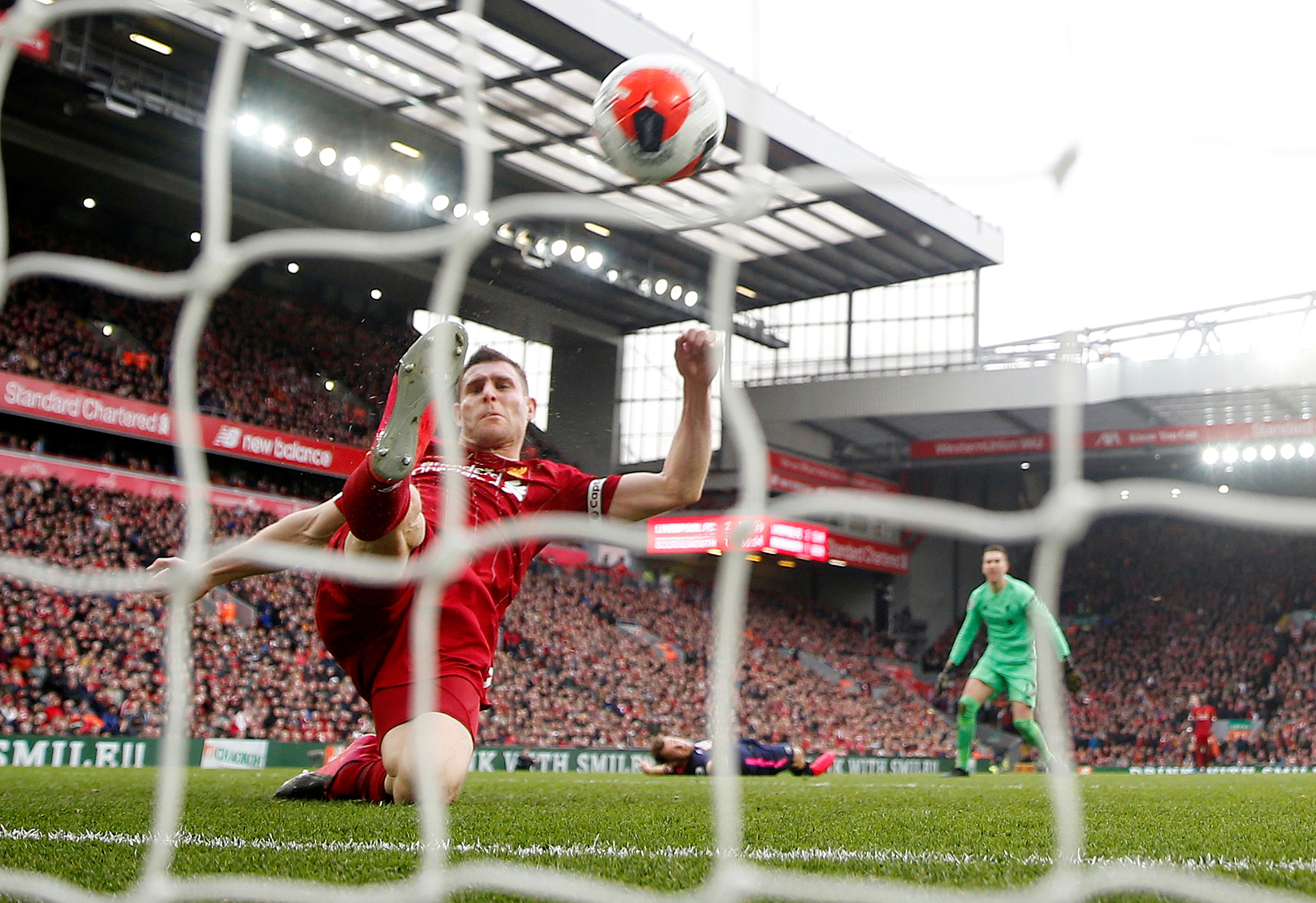 But it was one pivotal moment after the break that stood out for Liverpool's captain on the day his side went 15 points clear at the top.

Fraser had been put through on goal by Cherries midfielder Philip Billing.

The Danish star's stabbed through ball carved open the Liverpool defence and just left the on-rushing Adrian to beat.

Adrian took his place between the sticks in place of the injured Alisson but he was powerless to prevent Fraser's lob from heading towards the goal-line.

Luckily for the Reds' reserve goalkeeper his skipper Milner raced ahead and got to the ball before it crossed the line.

First-half goals from Mo Salah and Sadio Mane secured a 2-1 win for the Reds over Bournemouth at Anfield.

Jurgen Klopp's side had to come from behind after Callum Wilson's surprise opener for Bournemouth after just nine minutes.

They saw the game out in the second half to leave them just three wins away from a maiden Premier League crown.

Fans took to social media to show their support and awe at Milner's incredible defensive feat.

One Liverpool supporter said: "James Milner with the clearance of the season. What a man."

Another added: "Can we just take a min to salute James Milner for his goal line clearance and the professionalism he's shown over the years on many occasions playing out of position."