JAMIE VARDY became the Premier League’s 29th goal-scoring Centurion – and lifted a ton of pressure off his own shoulders. 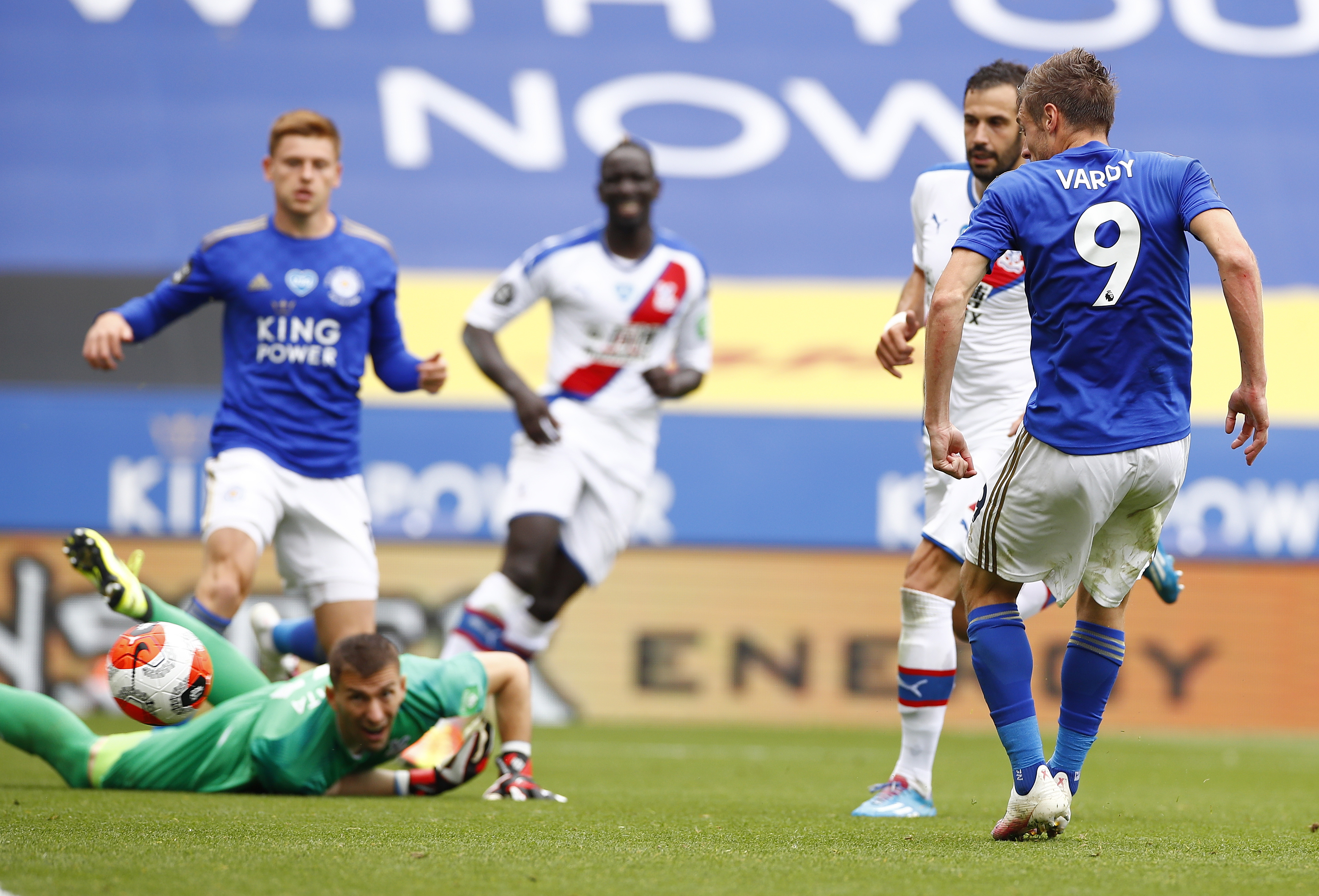 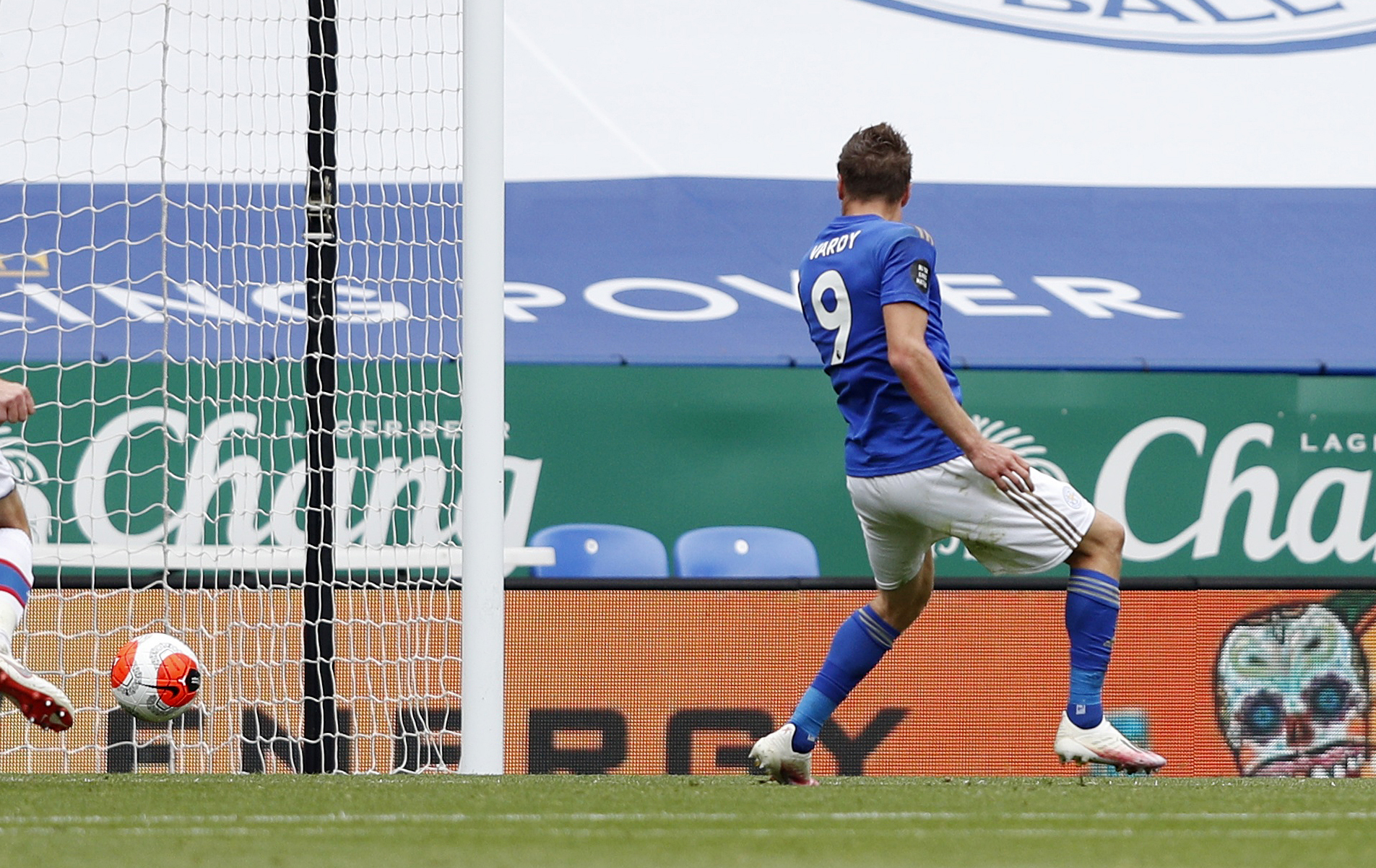 On the day the nation’s pubs opened again, there was another significant sign Britain was returning to some form of normality at precisely 4:36pm yesterday – when Vardy ended his agonising wait to score his milestone 100th Premier League goal.

Hapless Palace defender Mamadou Sakho slipped inside his own penalty area, allowing the alert Harvey Barnes to rob him and roll the ball into the path of Vardy, who thrust out his right boot to steer the ball into the empty net from eight yards.

It was far from the most glamorous goal of the 33-year-old’s stellar career. But few will have given the Foxes icon more satisfaction as he hit the magical 100-mark in his 205th Premier appearance for the club.

Only three other Leicester City players have hit three-figures for league goals – the most recent, Arthur Lochead, a mere 87 years previously in 1933.

Not bad going for a £1million bargain-bucket buy from Fleetwood Town! 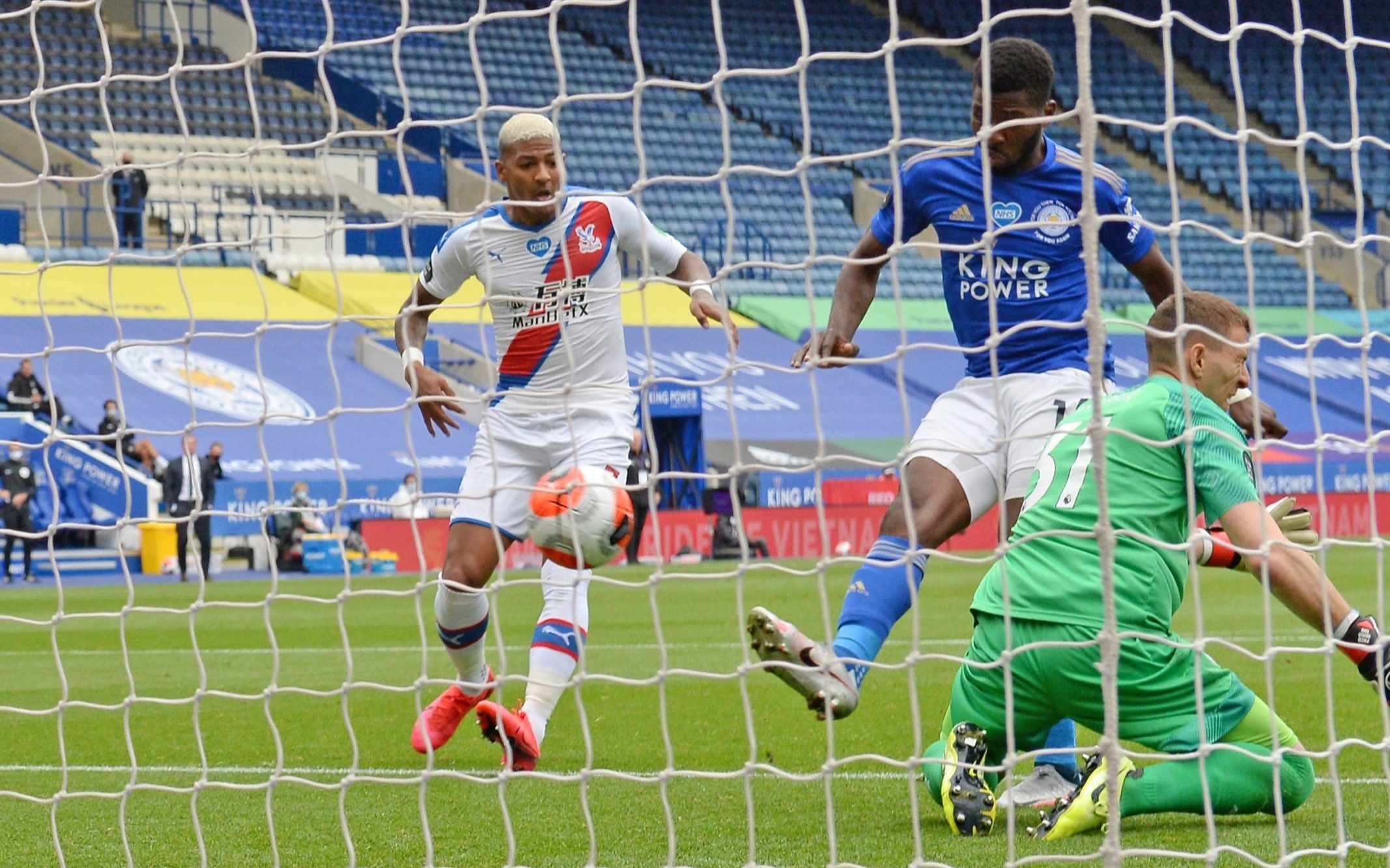 Needless to say, having only scored in one of his last 15 games going into this one, Vardy promptly celebrated the damn bursting with a second goal in stoppage time to rub salt salt in Palace’s gaping wounds.

Suddenly there was a spring in the old-boy’s step again and that sense of menace as he sprang the Palace offside trap and hared off to accept another Barnes assist.

Gary Cahill and Sakho made a token attempt to race back from the half-way line in the forlorn hope they might get back in time to clear a rebound. Fat chance!

Vardy had already pinned his ears back and was off, sprinting away before effortlessly clipping the ball beyond the onrushing Guaita into the corner of the net.

Copyright Vardy … it was the kind of goal he has made a career from scoring.

Suddenly the smile was back to replace the snarl which had been evident since lockdown as Vardy’s frustrations grew and Leicester’s healthy lead over the chasing pack dwindled.

He lapped up the applause of teammates and club officials in the Main Stand when he picked up his Man of the Match award at the end. 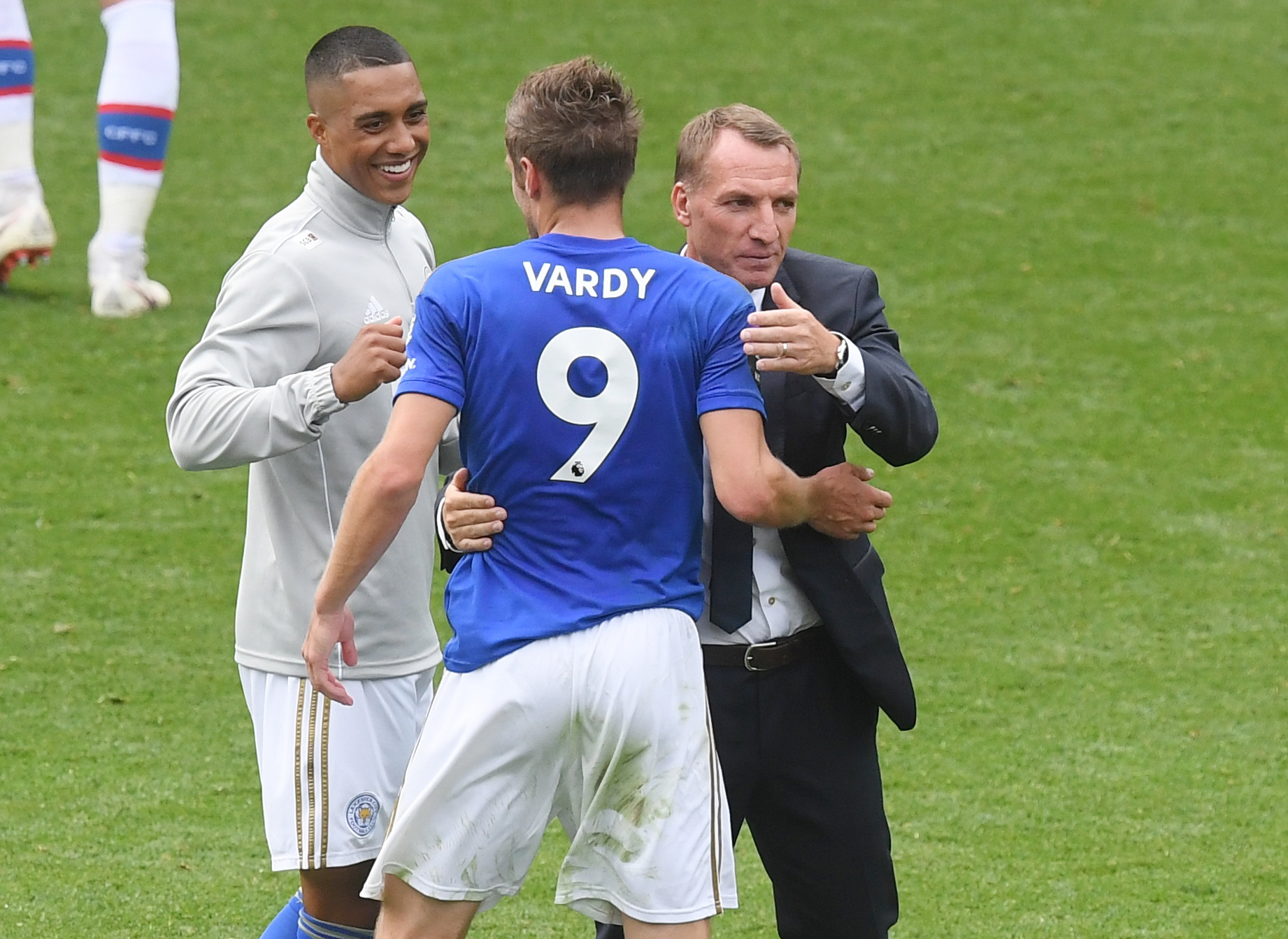 Only Ian Wright (28 years and 286 days) burst on the Premier League later than Vardy (27 years and 232 days) and made it to the century of goals.

The only minor grumble was the city of Leicester remains in lockdown – ironically the only part of the country unable to raise a glass and toast their magnificent football ambassador!

Oh … and the fact Vardy was denied a hat-trick when he took a heavy touch attempting to control Ayoze Perez’s first half pass and allowed it to run through to a relieved Guaita during a goalless first half.

At that point, Leicester were having another difficult day at the office, despite dominating Roy Hodgson’s side.

Half-time came and went without either side managing one shot on target.

Impressive right-back James Justin came closest to breaking the deadlock after 14 minutes when he rattled the Palace crossbar.

The youngster, signed from Luton during the summer, took a couple of touches to get the ball out from his feet before smacking a venomous shot which flew past Vicente Guaita – only to ricochet off the junction of post and bar.

Since returning from lockdown the Foxes had ground out two dogged draws against Watford and Brighton, been knocked out of the FA Cup by Chelsea and narrowly lost at Everton.

That’s borderline acceptable ….. for a club battling to avoid relegation.

For a club with genuine European aspirations, who have been in contention for the Champions’ League all season, one win in their last eight Premier games pre-Palace simply wasn’t good enough for the 2016 title winners.

Fortunately for Brendan Rodgers, he had much more credit in the bank than his predecessor Claude Puel had last February when he was axed after a 4-1 defeat by Palace made it one win in eight Premier games for him too!

The big difference, of course, is Rodgers’ side started the day in third place, nine places higher than Puel’s Foxes had been when Le Guillotine fell on the Frenchman.

In his matchday programme notes, Leicester chairman and owner Aiyawatt Srivaddhanaprabha commented:  “Results since the restart have clearly not been as we would have hoped, but it’s important we maintain perspective, retain our composure and support our young team through a difficult moment.

“With six games of the season remaining, we sit in a position of strength – a position we would certainly have taken at the start of the season – and with our destiny very much in our own hands.

“We have earned our current position through our form over the course of the entire season so far. The players have shown that quality before and, with our support, they will show it again as we look to finish the season as strongly as we can.”

Having been given the fabled ‘vote of confidence,’ pre-match, Rodgers earned it at half-time when he replaced the injured Ben Chilwell and handed former Wolves defender Ryan Bennett his Foxes debut – switching to three at the back.

Within four minutes his new-look formation broke the deadlock.

Rodgers had rewarded Kelechi Iheanacho for his goal against Everton in midweek by pairing him with Vardy in attack. 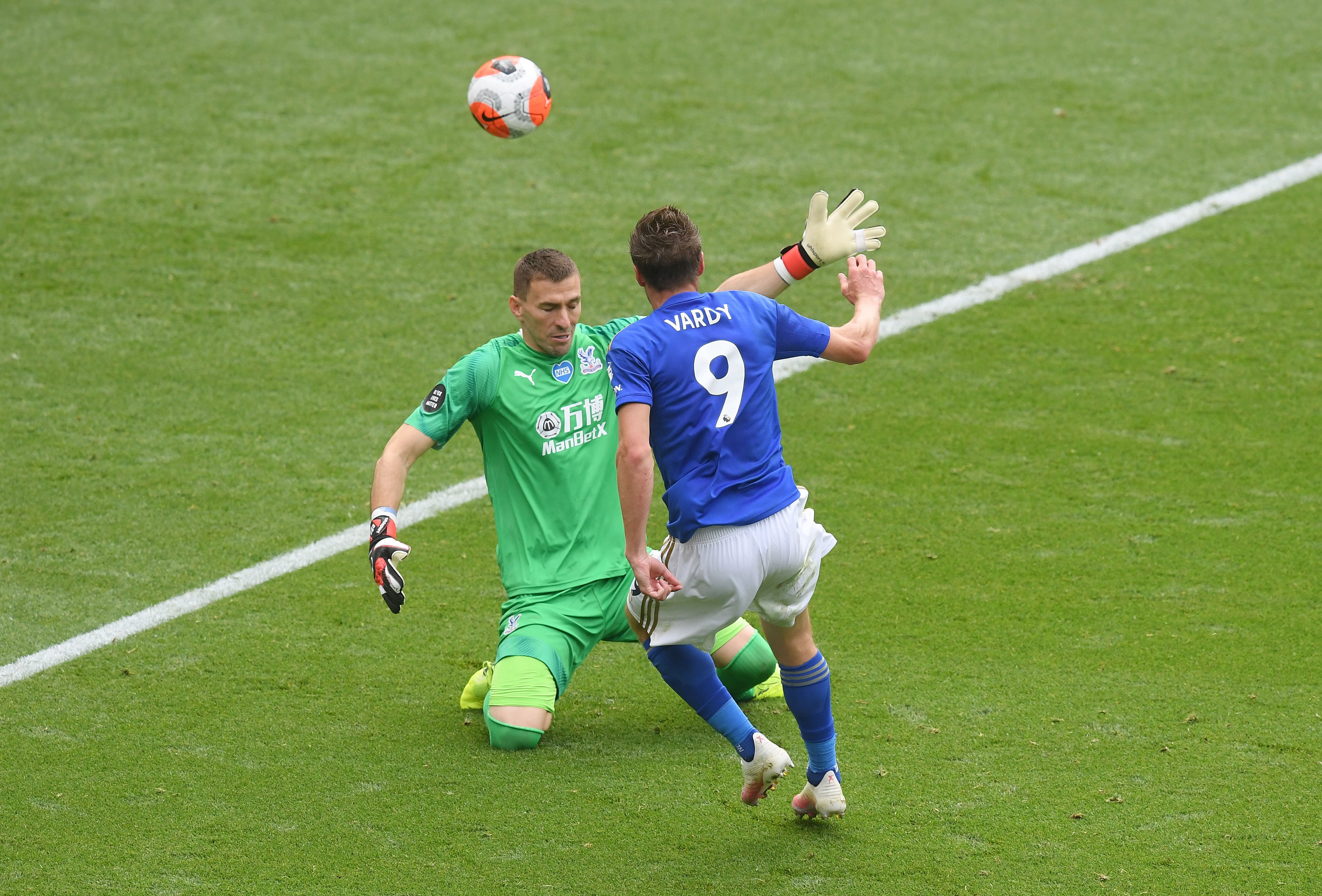 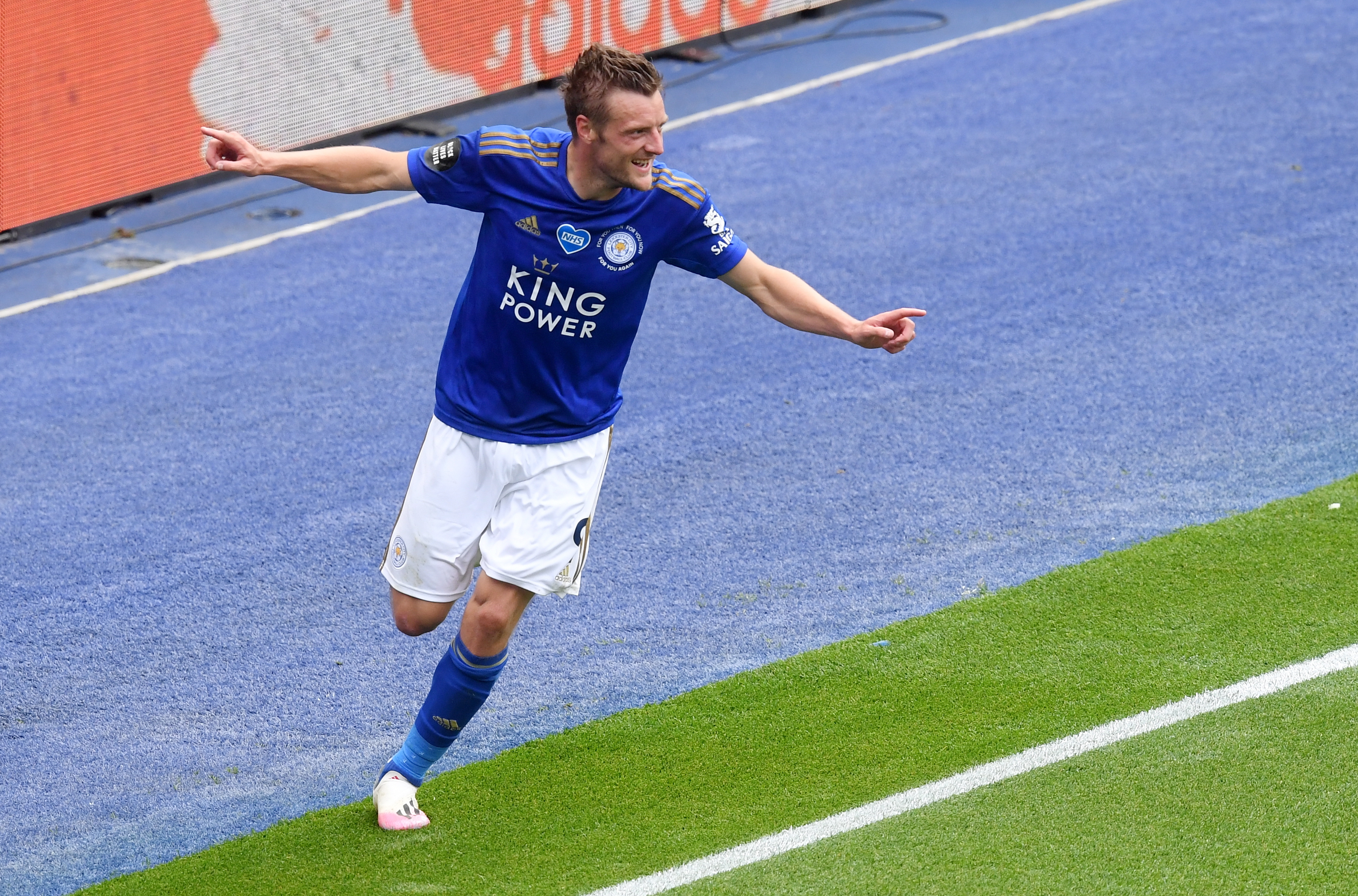 Marc Albrighton, Perez and Tielemans combined and when the Belgian swept in a low cross Guaita waited for it to land in his waiting arms – only for Iheanacho to nip in front of him to find the empty net.

Palace, who lacked punch, came closest when veteran defender Gary Cahill powered in a header from James McArthur’s cross but Kasper Schmeichel denied him with a superb save low to his right.

Having survived that scare, Vardy then took charge and banged in his first goals since March to kick-start Leicester’s Champions’ League push again.