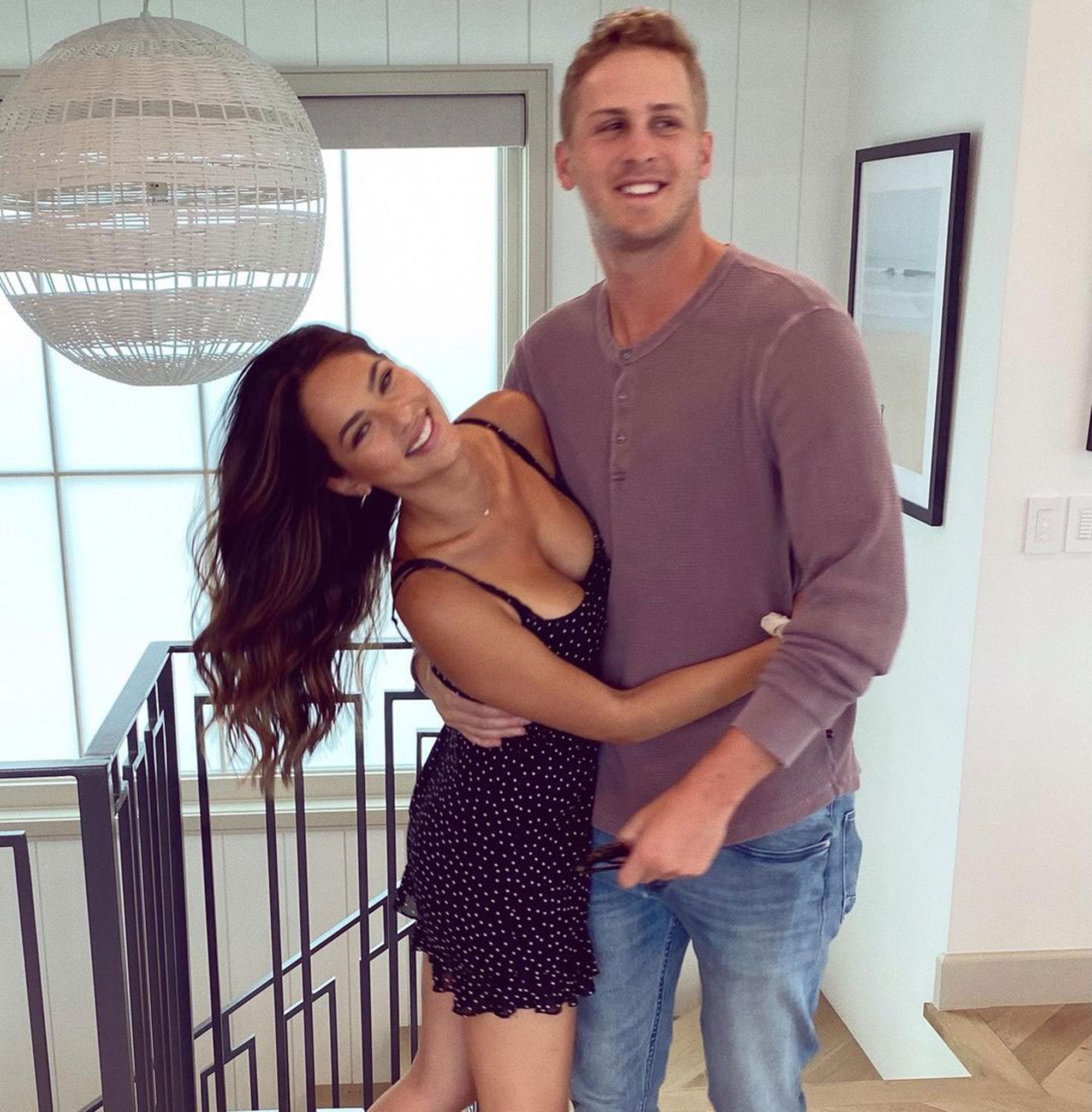 The model, 27, posted a photo to her Instagram Story on Monday of the quarterback, 26, in action on the field while wearing his new team’s signature blue and silver hues.

Harper captioned the pic with three drool-face emojis. She also replied to the same image of Goff shared on the Lions’ Instagram account with a series of fire emoticons. 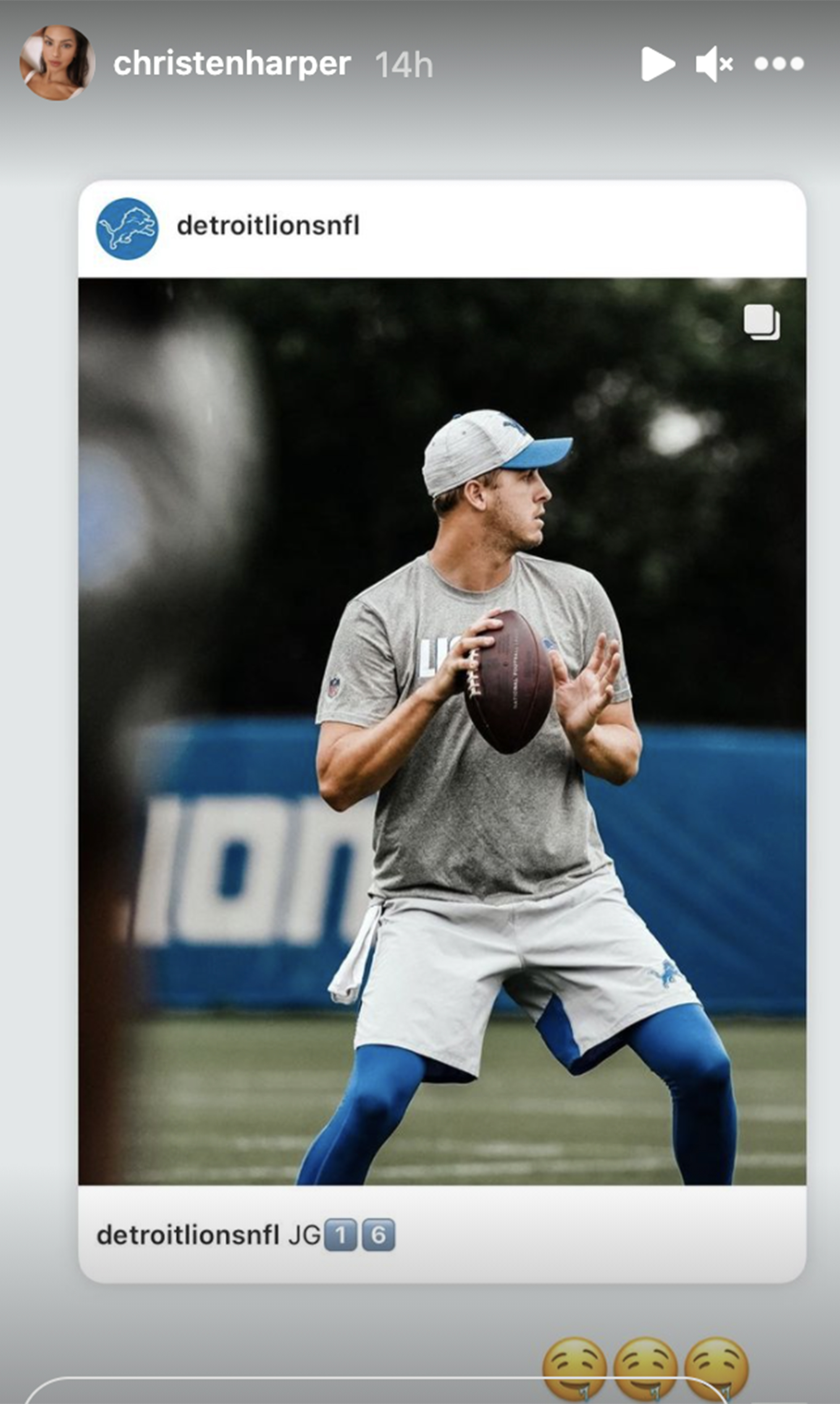 The first overall pick in the 2016 NFL Draft, Goff was traded to the Lions in January by the Los Angeles Rams, who acquired Detroit’s veteran quarterback, Matthew Stafford, in return.

Harper, who was first linked to Goff in early 2019, reacted to the news on social media at the time, stating that she was excited about their next “adventure.”

“So grateful I got to be part of this journey with you the last 3 seasons in LA,” she posted to her Instagram Story. “@Jaredgoff I love you so much and so excited for this new adventure.” 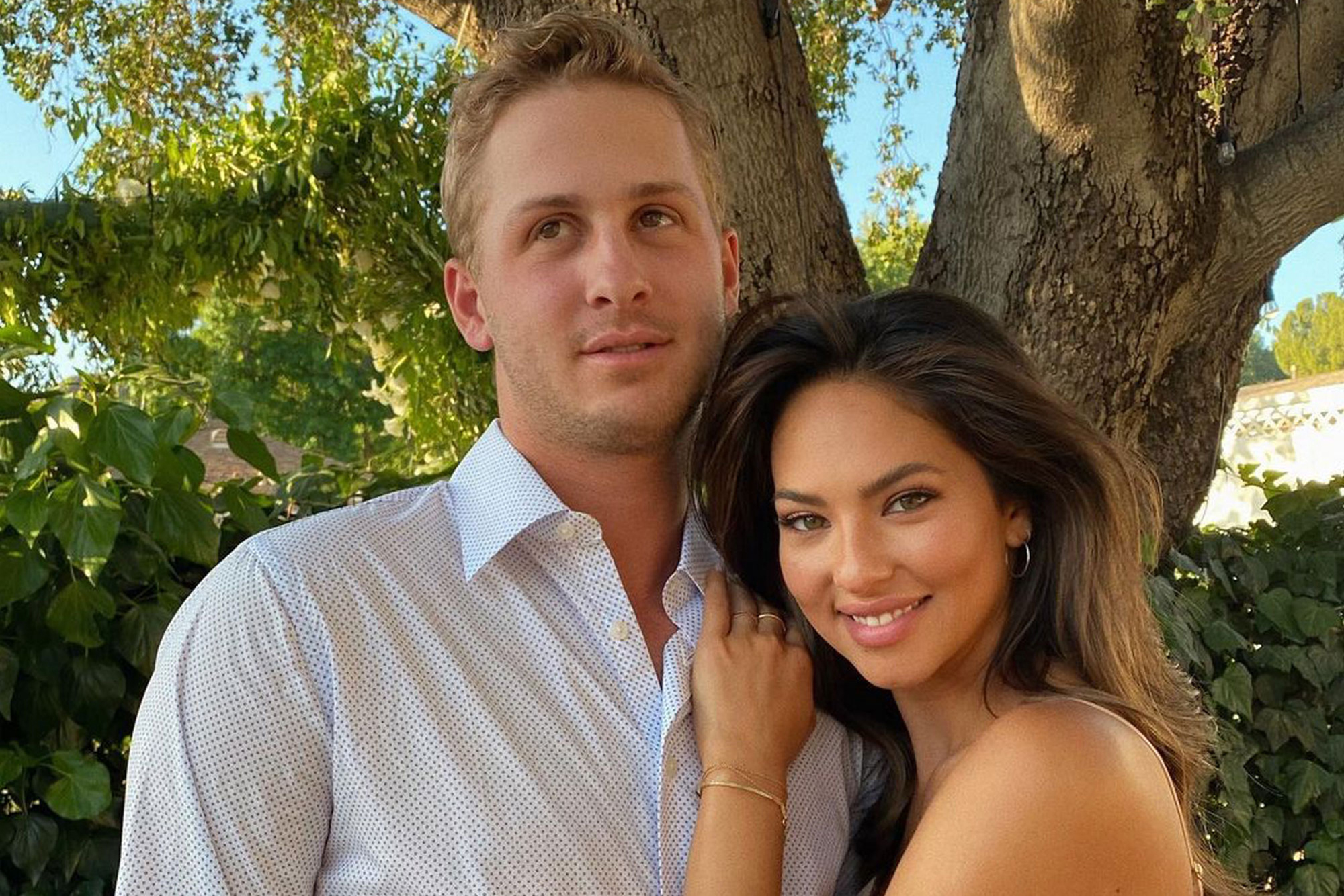 “Thank you to the entire city of Los Angeles for welcoming a 21-year-old kid with open arms and making this town feel like home. This city has shaped the man I’ve become and I will forever be grateful for the Kroenke family, my coaches, the support staff, and most importantly, my teammates for competing and fighting with me every Sunday — I’ve made memories with every one of you in that locker room and I will cherish for the rest of my life,” he wrote on Instagram in early February.

Harper said in March that she is “so grateful” LA brought her and Goff closer together.