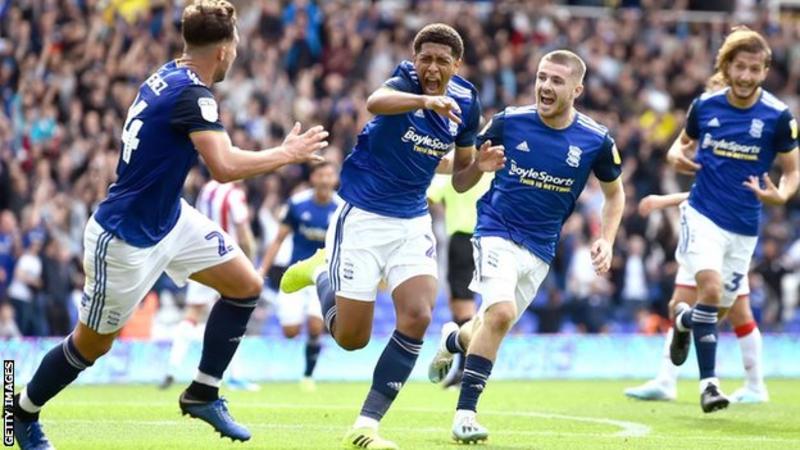 At the age of 16, Jude Bellingham is still too young to sign a professional contract with his club Birmingham City, while safeguarding regulations mean he has to have his own room for overnight stays before Championship games.

Yet the highly talented midfielder, who does not turn 17 until June, is living the dream after rewriting his boyhood club’s history books.

Since becoming Blues’ youngest player last August, Bellingham has scored four times in the Championship, been linked with a host of clubs home and abroad – including a £50m deal to Chelsea – and even had a baby named after him.

German newspaper Bild reported Borussia Dortmund had agreed a £30.4m deal to sign the teenager in what would be a record transfer for the Bundesliga club.

Bellingham will not feature when Birmingham aim to surprise Leicester City in the fifth round of the FA Cup on Wednesday (19:45 GMT), with boss Pep Clotet looking to rest his young star.

“It’s his club, his people,” the Spanish coach has previously said.

“We’re aware of interest in him. For the recent game with Middlesbrough, half of Europe was there.”

So just who is the West Midlands teenager who has been dubbed by some media as the best English talent since Wayne Rooney?

Bellingham made club history on 6 August 2019 when, at 16 years and 38 days, he became the club’s youngest player – breaking the record set by Blues legend Trevor Francis in 1970 – after starting the 3-0 Carabao Cup defeat at Portsmouth.

Later that month, he broke another club record held by Francis when, aged 16 years and 63 days, he came off the bench to net the winner against Stoke City and become their youngest scorer.

Having gone on to play more than 2,000 Championship minutes alongside the likes of Lee Camp – who, at 35, is 19 years his senior – Bellingham will be rested against the Foxes. Those who have worked with him since he joined Blues’ pre-academy programme at the age of seven are not surprised at his rapid rise.

“As Jude moved into the under-12 group, it was becoming more and more noticeable how his learning was accelerating, how he was picking things up very quickly and how he was impacting training sessions and games,” Kristjaan Speakman, Birmingham’s academy manager, told BBC Sport.

“He has always managed to cope with playing in a higher age group partly because he is such an intelligent player.”

At the age of 13, while a pupil at Priory School in Edgbaston, Bellingham represented England at under-15 level and penned a diary for the school website about making his debut against Turkey at St George’s Park.

“My eyes lit up when I saw my very own England kit laid out perfectly,” wrote Bellingham, who has since gone on to captain England Under-17s.

“The surreal feeling of my studs digging into the grass wearing an official England shirt had to be put aside in exchange for concentration for the job at hand. Elation was the only word I could use to describe a truly fantastic day.”

Little did he know that two years later, aged 15, he would be travelling with the Blues senior squad for a derby at West Brom, where he filled the role of 19th man and warmed up with the first team on the pitch at The Hawthorns.

Unsurprisingly with a talent so young, Birmingham have thrown a protective cloak around Bellingham, who hails from the nearby market town of Stourbridge.

While he has done several interviews with the club’s in-house media, Blues are reluctant to expose him to the national media at such a tender age.

A bright and articulate young man, Bellingham is studying A-level sociology when he is away from the pitch.

“I understand the importance of education and how much my parents want me to have it nailed on,” he said in an interview with League Football Education, established by the English Football League and Professional Footballers’ Association to offer education, guidance and welfare for young players.

“It keeps me occupied, so I’m not just sitting at home playing video games.”

“It’s great that we’re exposed to these topics at a young age,” he added. “You see the number of males that have chosen to go down the path of suicide and we are in a pressurised environment.

“You never know what people are truly feeling but it’s good to receive that information about spotting signs and how to help.”

Darren Carter, a Birmingham season ticket-holder before playing for Blues in the Premier League after making his debut aged 18, has been just as impressed with Bellingham off the pitch as on it.

“The way he talks in-depth and tactically about the game shows how intelligent he is,” Carter told BBC Sport.

Bellingham is managed by his family and lives with his parents in Stourbridge. His father, Mark, used to be a prolific scorer in non-league football, while younger brother Jobe is also at Birmingham’s academy and has represented England at under-15 level.

“He’s from a tight-knit family who have protected and supported him through what has been a fast-paced journey to the first team,” added Speakman.

“You can’t adapt to first-team football as quickly as he has, at the level he has, without having some really good support mechanisms around you. I’m sure he would point to his family as his first port of call.

“The boy has got an incredible emotional intelligence and maturity for someone of his age.” 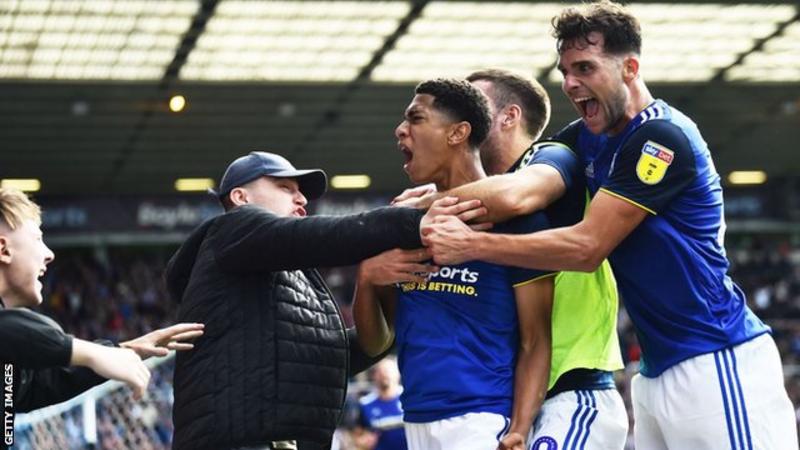 That maturity has shone through in recent months.

In November, Bellingham accompanied Blues defender Harlee Dean to lay wreaths of poppies at the Hall of Memory war memorial in Birmingham, while he has also raised money for a charity to build a classroom for children in Africa.

Despite being propelled into the first team, he still socialises with his former academy team-mates.

“He hasn’t played in the FA Youth Cup this season but he was in the changing room celebrating with the players when they got through some of the earlier rounds,” said Speakman.

“That’s the type of kid he is. He’s always willing to help and support the younger boys.

“For many of the kids in our system, he’s a role model, which is difficult for a boy of such a young age to cope with. At the minute, he’s coping admirably with all of those pressures.”

‘As Blues fans, we all want him to stay’

One of the hottest young talents in England, Bellingham has also been linked with European heavyweights Barcelona, Real Madrid and Bayern Munich – as well as Liverpool, Manchester City and Manchester United.

“He will hear everything, the clubs that are interested in him and the attention he is now getting from the football world,” added Carter.

“The best thing Jude can do is not get too caught up with what people are saying on the outside.”

Bellingham was seven the last time Birmingham were in the Premier League in 2011.

“I’ve loved the club ever since I joined. I can’t wait to make more memories,” he said earlier this season.

What should Bellingham do if one of Europe’s biggest clubs come in for him this summer?

“Whatever he feels is right for him,” advises Carter. “As Blues fans, we’d all love him to be at the club for many years – but we all know how the game works.

“He looks extremely happy at Blues at the moment.

“He’s heading for well over 40 first-team appearances this season and I can’t remember the last 16-year-old that accomplished that at a Championship club.”

Bellingham’s connection with the fanbase has grown so strong, he’s influencing a new generation of Blues fans.

When Birmingham supporters Paige and James McGonnell discovered they were having a baby boy on the day Bellingham became the club’s youngest scorer, there was only one thing for it.

Having decided there and then to name their baby after Birmingham’s number 22, the trio were invited to the club’s training ground to meet Bellingham.

“He was brilliant with my Jude – a natural, even though he said he had never held a baby before,” said Paige. 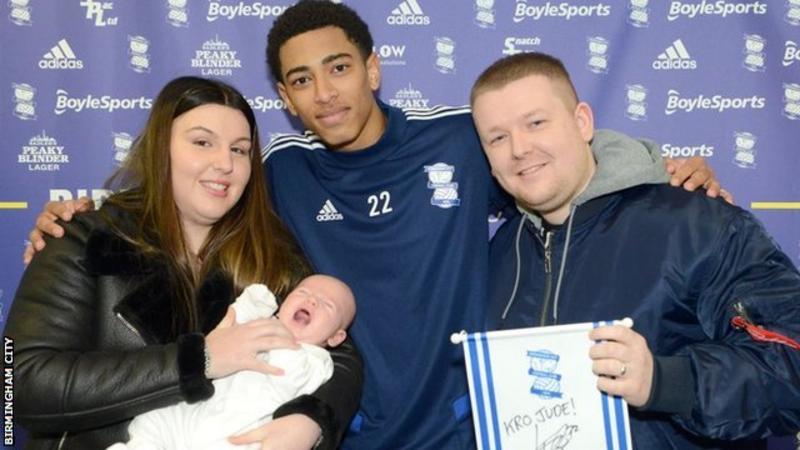 The big question is: will he sign a professional contract with Birmingham this summer?