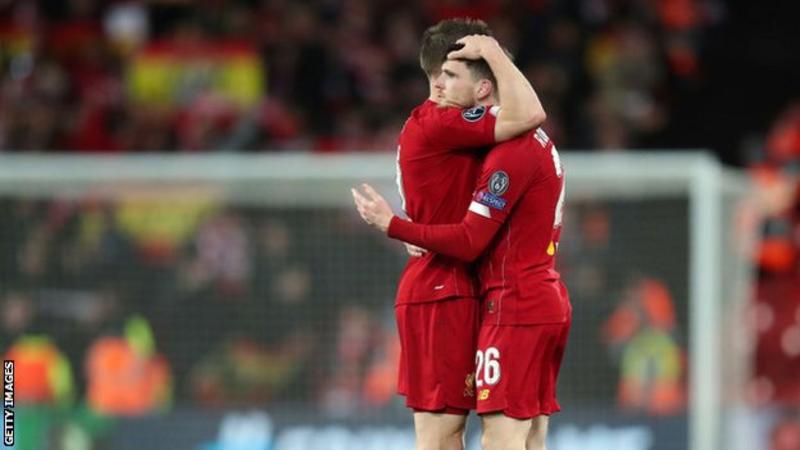 The European champions’ hopes of defending their title were ended by a 3-2 loss at Anfield on Wednesday, with Atletico winning 4-2 on aggregate.

The Reds had reached the final in the previous two seasons under the German.

“I am completely happy with the performance. It’s so difficult to play a side like this,” Klopp told BT Sport, adding he was “searching for the right words”.

“I don’t understand with the quality they have the football they play. They could play proper football but they stand deep and have counter-attacks.

“We accept it, of course, but it doesn’t feel right tonight. I realise I am a really bad loser, especially when the boys put such an effort in against world-class players on the other side who defend with two rows of four.

“We know in the past two years we had some lucky moments in the Champions League – you have to to reach two finals – but today everything was against us in the decisive moments.”

Defeat was Liverpool’s fourth loss in six matches in all competitions, but they remain 25 points clear at the top of the Premier League.

Captain Jordan Henderson said Wednesday’s result was “disappointing” but added the players would use it to end the season strongly.

“We put everything into that game so we are bitterly disappointed, especially with the goals we conceded,” the 29-year-old England midfielder told BT Sport.

“All we can focus on is our performance level, and to have conceded those goals isn’t like us. We’re disappointed but we’ll take it on the chin.

“For the rest of today and tomorrow it won’t feel nice, but we have to use it to help us finish the season strong.”