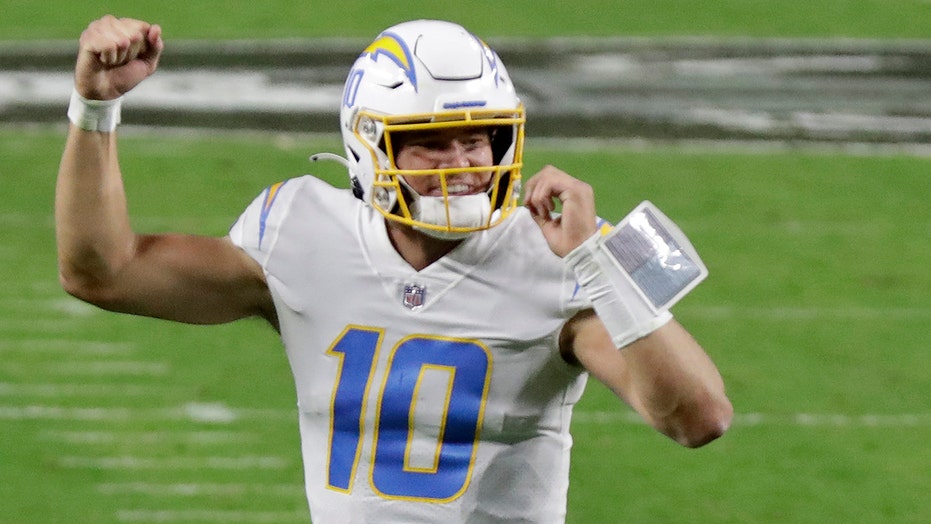 The Los Angeles Chargers needed overtime to get it done, but the team picked up its first win against an AFC West opponent since 2018 with Thursday night’s victory over the Las Vegas Raiders.

Justin Herbert led the Chargers on a game-winning touchdown drive for the 30-27 win.

The Raiders picked up a field goal on their nearly 7-minute drive to start overtime and just needed a defensive stop for the win. However, Herbert had other ideas.

Herbert threw a 53-yard pass to Jalen Guyton to get Los Angeles close to the score. Herbert, after a penalty on the Raiders, would try to sneak in the touchdown but fumbled before crossing the goal line. The Chargers picked it up but because Herbert wasn’t the one who recovered the team got another play.

Herbert ran it in for a second time and scored the game-winner.

Los Angeles hadn’t won against a divisional opponent since Dec. 30, 2018, against the Denver Broncos.

The Raiders were forced to sub in Marcus Mariota after Derek Carr went down with an injury. Mariota was 17-for-28 with 226 passing yards, a touchdown pass and an interception. He also had 88 rushing yards and a touchdown on the ground.

Poor execution and weird play-calling near the goal line in overtime led to the Raiders' field goal. Las Vegas had the ball near the Chargers’ 4-yard line but couldn’t punch it in.

With the loss, the Raiders’ playoff hopes have dwindled. The team moves to 7-7 and is falling fast out of contention. Las Vegas moved to 5-9 with the win.