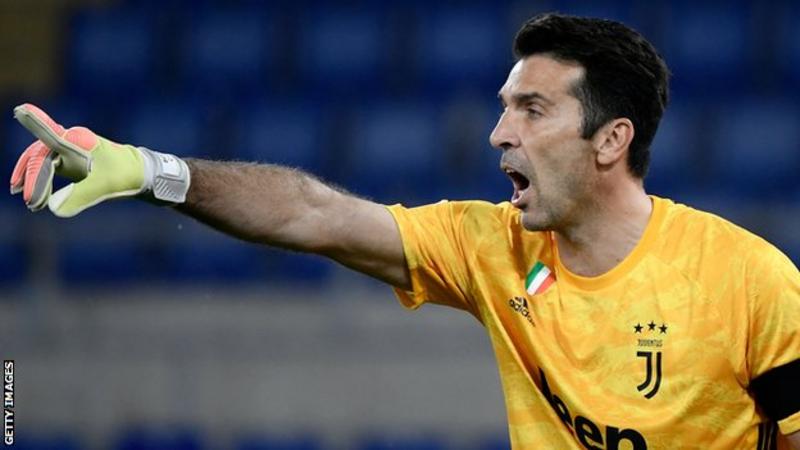 Juventus goalkeeper Gianlugi Buffon has signed a year-long contract extension with the Serie A leaders.

The former Italy international, who will be 43 when his new deal expires, returned to Juventus in 2019 after a season at Paris St-Germain.

Buffon has made more than 500 league appearances for Juventus since joining the club in 2001, having made his professional debut with Parma in 1995.

“Super Gigi is proof that age is only a number,” a club statement read.

Juventus are four points clear at the top of Serie A with 10 games remaining, as they chase a ninth consecutive title.

Related posts:
June 30, 2020 Lifestyle Comments Off on Juventus: Gianlugi Buffon signs year-long contract extension with Serie A side
Celebrity News:
Thandie Newton Opens Up About Surviving Sexual Assault as a Teenager
Paris Jackson Confesses That She Did Try To Kill Herself In New ‘Unfiltered’ Episode
Kylie Jenner Claps Back After Fans Accuse Her of Snubbing Black Designer
Lucy Mecklenburgh stuns in summer dress as she goes shopping ahead of first date night since welcoming son Roman
Mary Trump's Tell-All Book: President Cheated on SATs, Commented on Niece's Breasts, Abandoned Brother on Deathbed
Recent Posts
This website uses cookies to improve your user experience and to provide you with advertisements that are relevant to your interests. By continuing to browse the site you are agreeing to our use of cookies.Ok